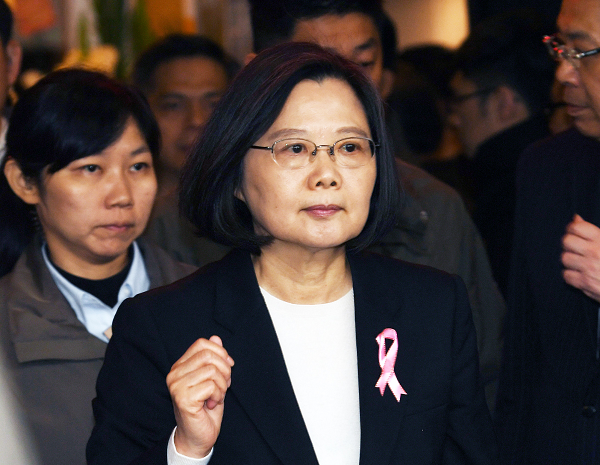 In the interview, President Tsai raised the prospect of pursuing a dialogue on regional security directly with Tokyo, indicating a new willingness to pursue cooperation between Taiwan and Japan to counter the increasing threat from China.

Mentioning cooperation in areas of defense and cyber security, President Tsai indicated via the interview that there is a possibility of high level security talks with Japanese officials in the near future.

In the interests of regional stability, President Tsai says there is a need for the two countries to pursue closer relations through renewed bilateral dialogue, and increased information sharing for matters of mutual security.

As to when or where such talks might occur, President Tsai said she would defer to the judgment of the relevant Japanese offices.

In the interview, Tsai commended the decisive leadership of Prime Minister Shinzo Abe, calling him a friend of Taiwan.

According to CNA, the interview took place on Feb. 28. Her last interview with international media was with CNN in mid-February when she officially announced her 2020 campaign for re-election. Image of the March 2, Sankei Shimbun