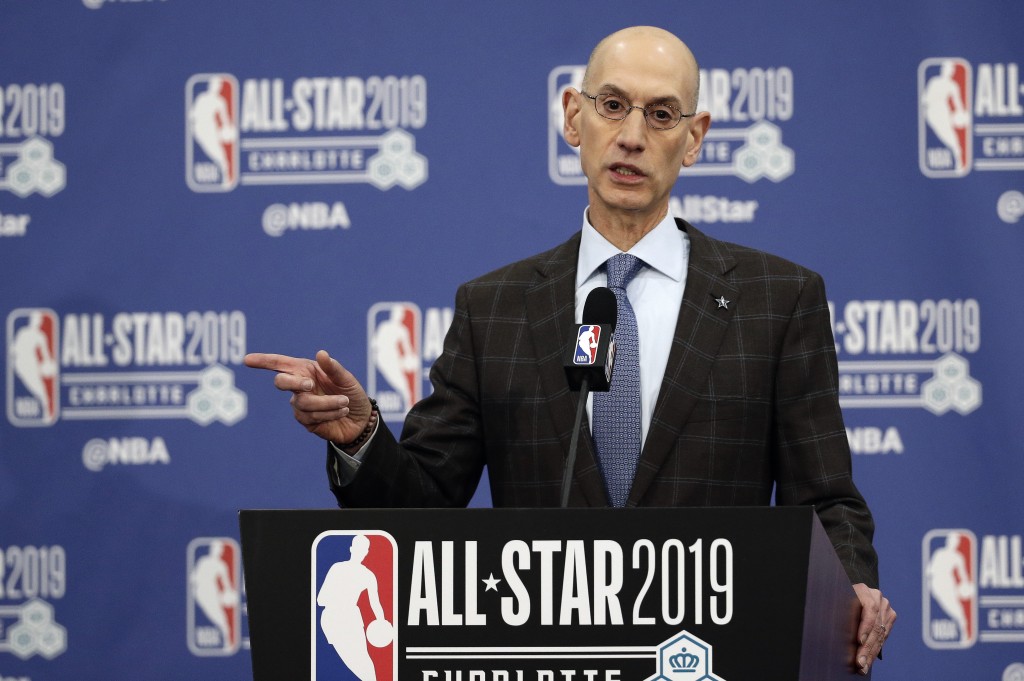 BOSTON (AP) — NBA Commissioner Adam Silver says he would consider shortening the regular season, but only if the league could develop something meaningful to do to replace the games — and revenue — they would be giving up.

Speaking at the MIT Sloan Sports Analytics Conference on Friday, Silver raised the idea of replacing the All-Star Game with a midseason or preseason tournament in which teams would compete for a separate championship, like they do in European soccer. Or groups of teams could compete in mini-tournaments in Asia or Europe.

The problem, Silver said, is how to make these other events meaningful.

"The All-Star Game didn't work," he said, calling it "an afterthought" of the weekend despite changes like tinkering with the rosters through a player draft that was made public for the first time. "I get it. We put an earring on a pig."

The league is unlikely to make any changes — at least not any time soon — if only because a 70-game schedule like the one Silver discussed would require each team to give up six home games. Although players and coaches would love to see a shorter season, none is excited about taking a 20 percent pay cut.

But the analytics conference in Boston's Bay Bay convention center gives Silver the opportunity to think aloud about ways to make the NBA better. In past years he has addressed possible changes to the draft to discourage teams from tanking, but this year's hot topic was New Orleans Pelicans star Anthony Davis.

Silver said Davis' public trade request (through his agent) was a problem for the league, but not all that different than other players who made the request behind the scenes. The more frequent shuffling of stars among teams was an unintended consequence of a collective bargaining agreement that was designed to shorten contracts so players wouldn't be earning huge salaries long after they were productive.

"Maybe that was a mistake," Silver said.

Davis told the Pelicans he would not accept an extension, but the team did not trade him before the deadline and then mulled whether to sit him out to minimize the risk of injury — and maximize its draft position. He is expected to be traded over the summer.