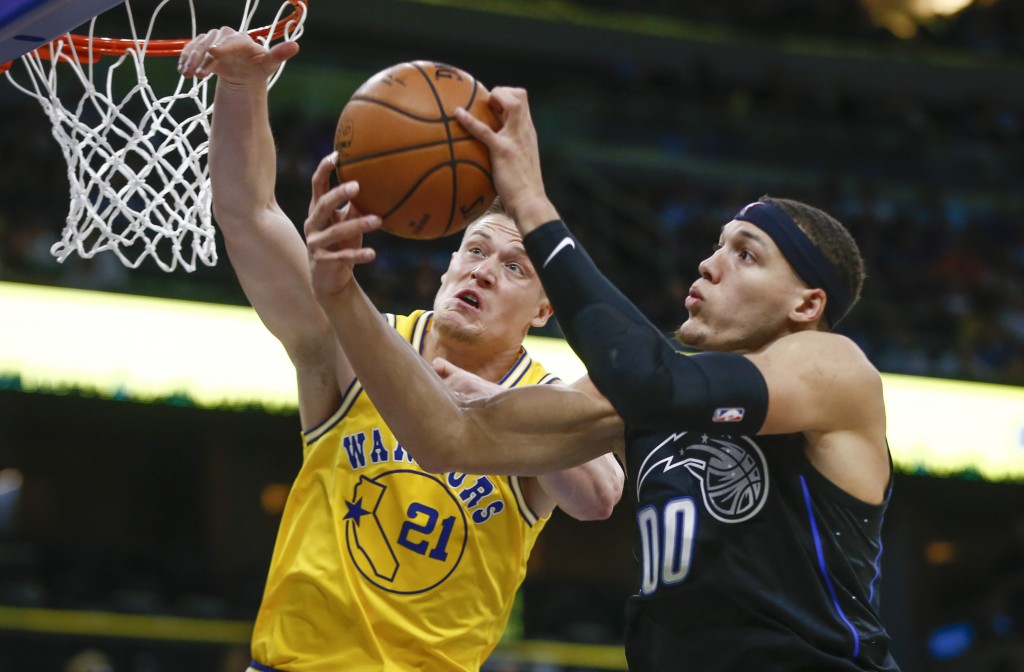 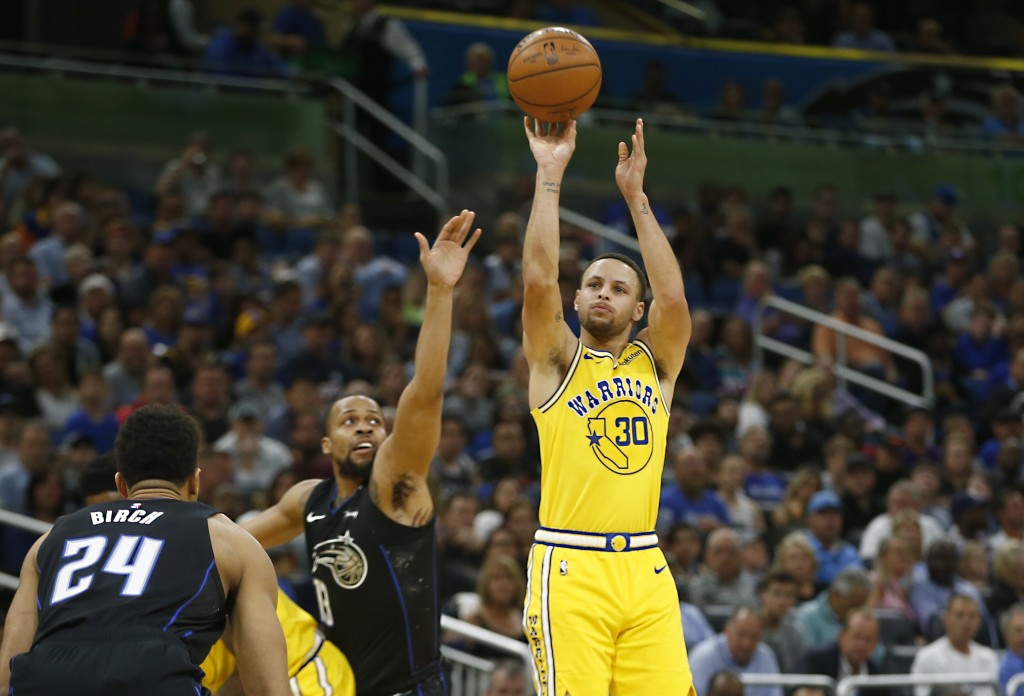 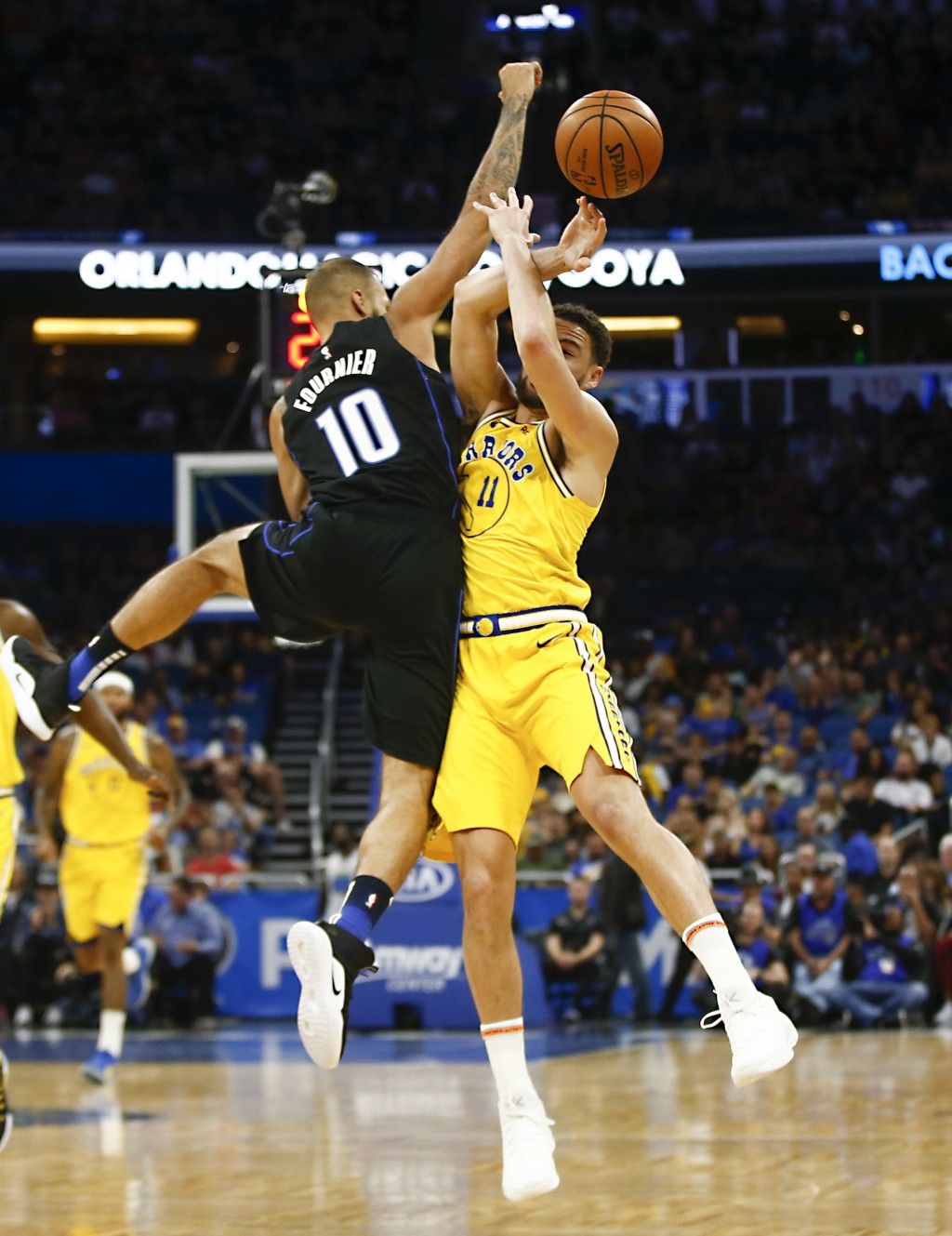 After night after they were stunned in Miami by Dwyane Wade's buzzer-beater, the Warriors blew an 11-point lead in the fourth quarter and lost for the fourth time in six games.

D.J. Augustin scored 14 points and Nikola Vucevic had 12 points and 13 rebounds to help Orlando end an 11-game losing streak to the Warriors. Orlando's last win over Golden State was on Dec. 14, 2012.

Stephen Curry scored 33 points, but was only 1 for 6 in the fourth quarter. Klay Thompson and DeMarcus Cousins each had 21 for the Warriors, who played without Kevin Durant (rest) and Andre Iguodala (sick).

The Warriors, who trailed by eight at halftime, outscored Orlando 30-11 in the third period, limiting the Magic to 5-of-23 shooting (21.7 percent) and forcing four turnovers to take an 81-70 lead going into the fourth quarter.

Curry then fed Jordan Bell for a layup and converted an open 3-pointer to put Golden State back in front 94-89, but the lead didn't last long.

The Magic ran off 10 straight points, including a 3-pointer by Gordon, who had nine points and six rebounds in the period.

Golden State trailed from the opening minute until Draymond Green converted a fast-break layup to give the Warriors their first lead, 65-63 midway through the third quarter. That was part of a 16-3 run sparked mostly by the defense. Curry scored 10 straight Warriors points to help Golden State to an 11-point lead by the end of the period.

Warriors: Golden State needs one more road win to assure the Warriors a winning record in road games for the sixth straight season. . Warriors are first in the NBA with 6.7 blocks per game, but had only three against Orlando. . The Warriors had their first seven games against the Southeast Division.

Magic: Augustin, who had one blocked shot all season, blocked two of Curry's jump shots. . Backup PG Isaiah Briscoe returned after missing the last two games with a concussion. He had eight points and nine rebounds. . The Magic limited Golden State to just 5-of-22 shooting (22.7 percent) on 3-pointers in the first half. . Orlando's bench, which got outscored 75-7 in the last game, outscored Golden State's bench 35-12.