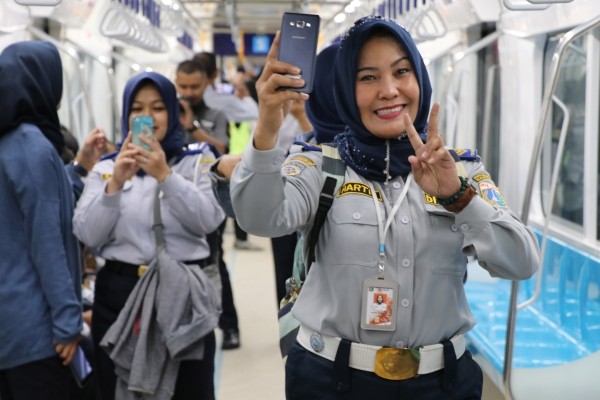 Jakarta's first MRT line, which opens to the public in late March, is the first stage on the North-South route from Lebak Bulus in South Jakarta to Hotel Indonesia in downtown Jakarta. The total length of the new section is 16 kilometers and takes about 30 minutes to complete.

After a test ride on Feb. 26, Riki, a public relations officer for the Jakarta MRT told CNA that more than 16,000 passengers have already ridden the train on a trial basis since November of last year. Riki said that before the new MRT line officially opens, passengers can register online to take trial rides until March 12. Riki said that the official opening date is still pending final approval by Indonesian President Joko Widodo, but it is expected to be some time at the end of March. In the future, one six-car train will be able to carry 1,800 passengers per trip.

The line will operate from 5 a.m. to to 12 a.m. every day and during rush hour, with trains operating at five-minute intervals.

Muhamad Kamaluddin, an official from the Jakarta MRT, told CNA that many countries participated in the construction of the MRT system. He said many of the projects were managed by Japanese and Indonesian contractors, but Taiwanese manufacturers also participated. For example, Kamaluddin said that hardware for the ticketing system was handled by Japanese and Indonesian contractors, while the software and backend was created in cooperation with Taiwanese companies.

In addition, Kamaluddin said that Taiwan's Mengwei Engineering Co., Ltd. (孟韋工程有限公司) completed the first section of bored tunnel for the line in 2016.

Van Go (吳偉瑍), a representative of CECI Engineering Consultants, Inc., (台灣世曦工程顧問股份有限公司) told CNA that his firm was contracted to manage three projects for the Jakarta MRT. Van Go said that the company was contracted to handle the CP106 section of the line, which included the design of two tunnels and two stations, such as the Hotel Indonesia station. Kamaluddin told CNA that the Jakarta MRT was completed later than scheduled, mainly because of land acquisition problems in South Jakarta. Delays were also caused by a change in building materials in order to strengthen the earthquake resistance of the MRT's structures.

According to Indonesia's state news agency, Antara, Jakarta, which has a population of over 10 million, has increased in size by an average of 269 people every day. Over 1.38 million people commute every day from suburbs such as Bogor, Bekasi, and Tangerang to work in Jakarta.

Due to the lack of a sound mass transit system, traffic jams in the megapolis can be very serious, ranking it as having the 12th worst traffic in the world. 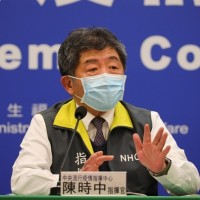 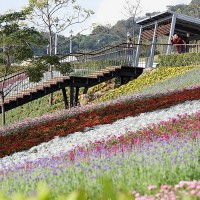