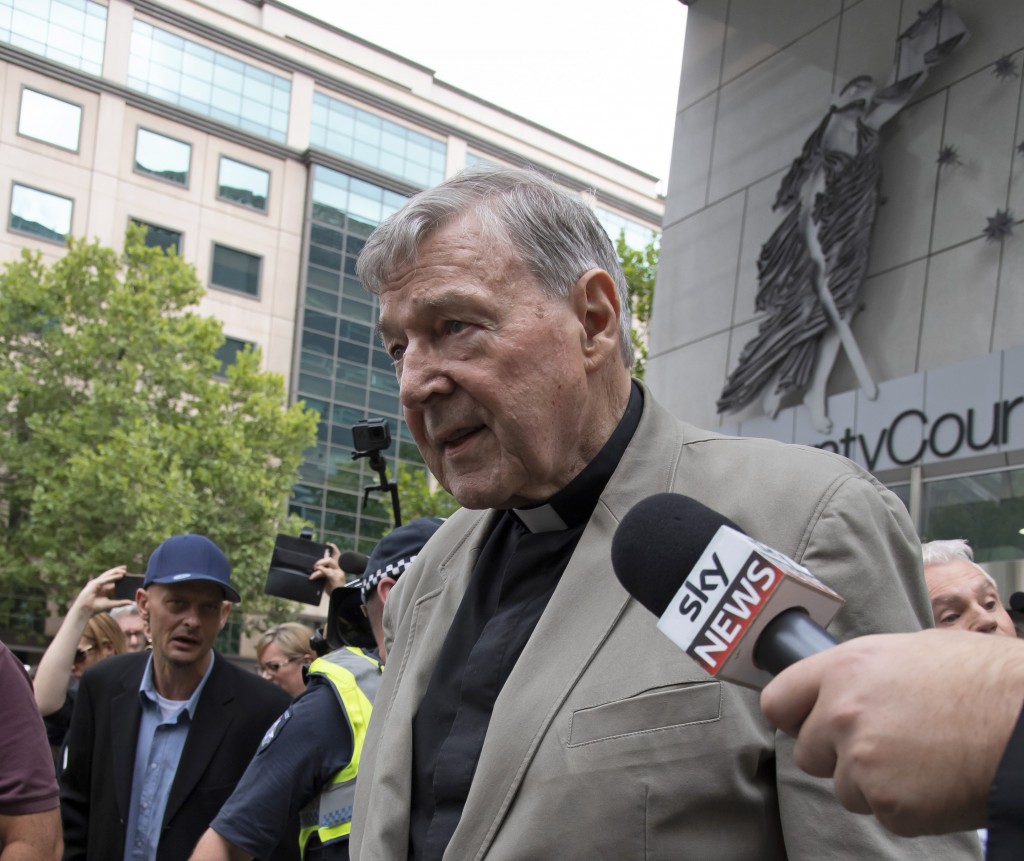 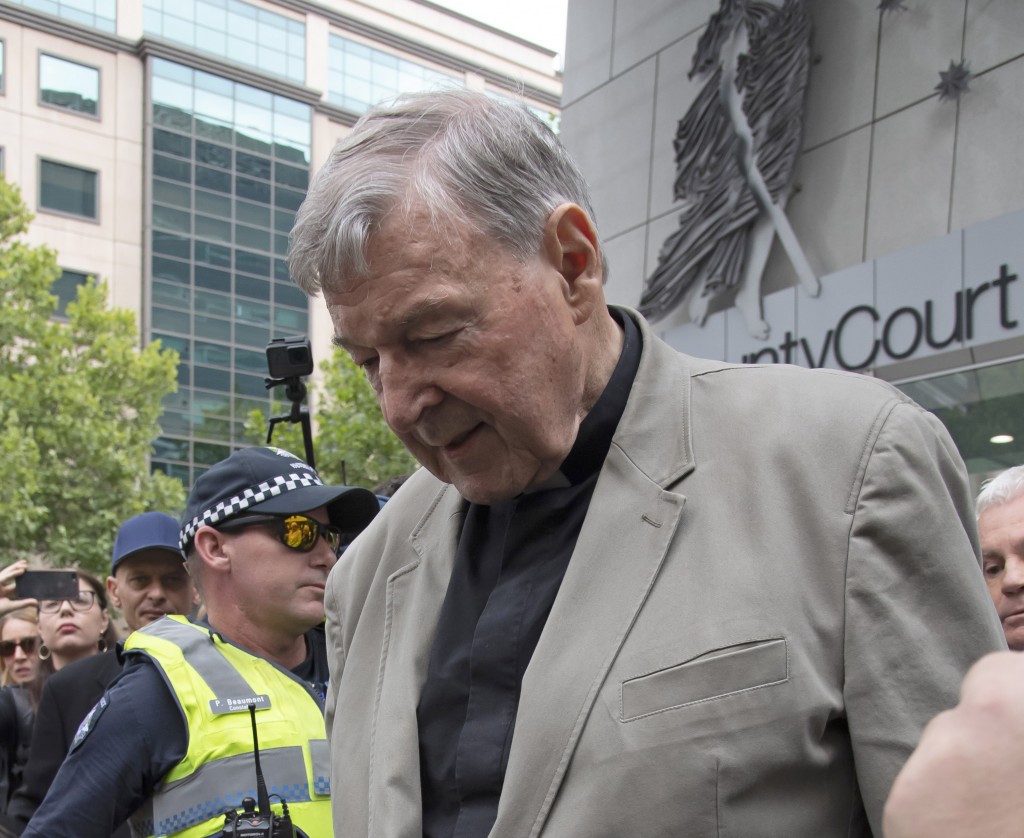 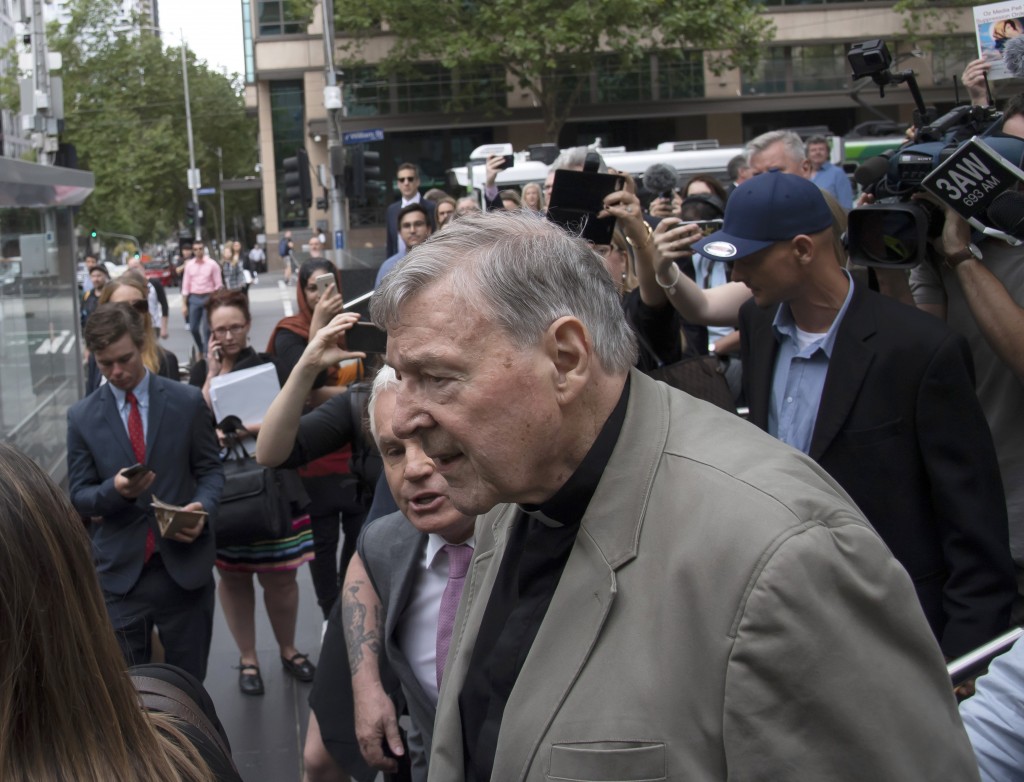 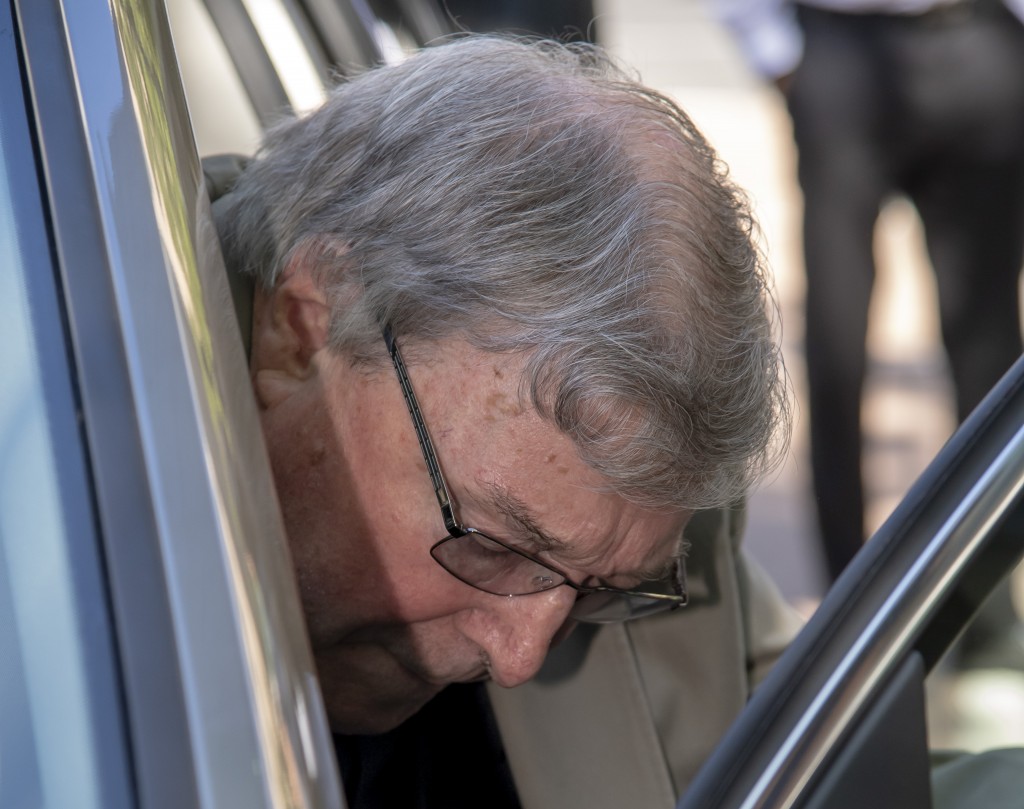 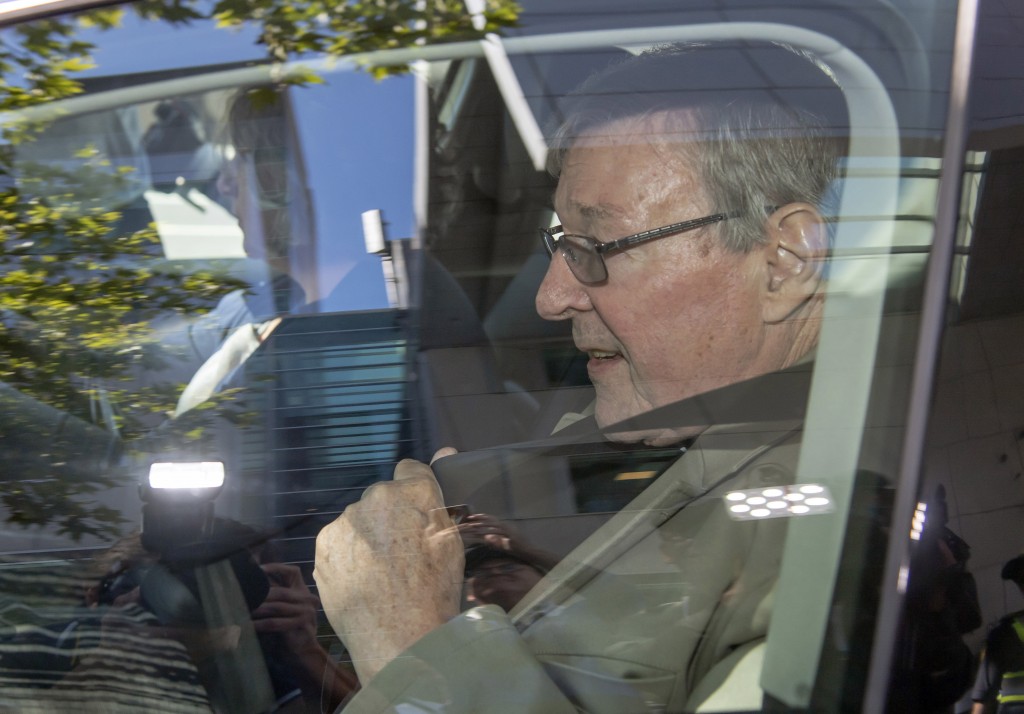 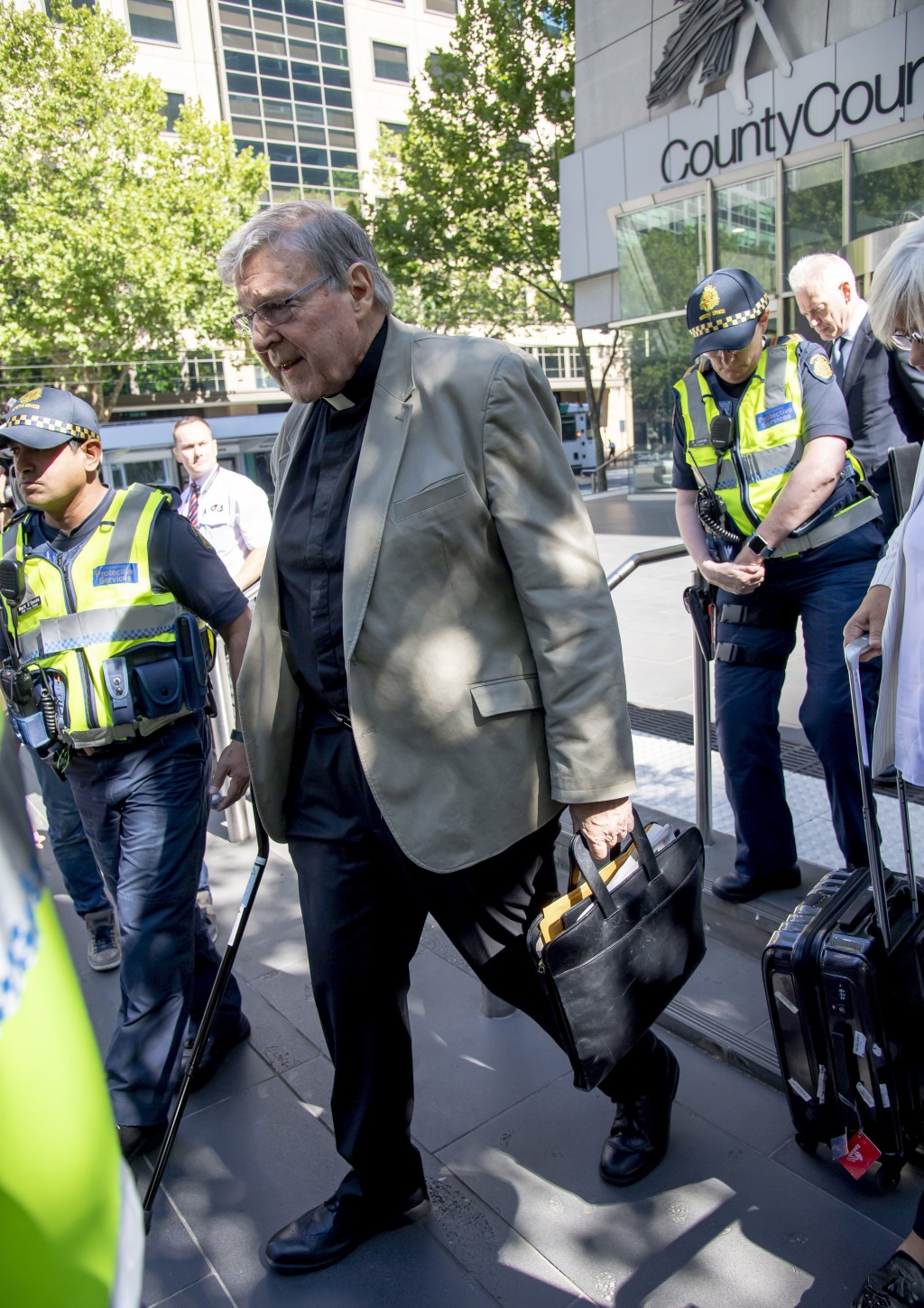 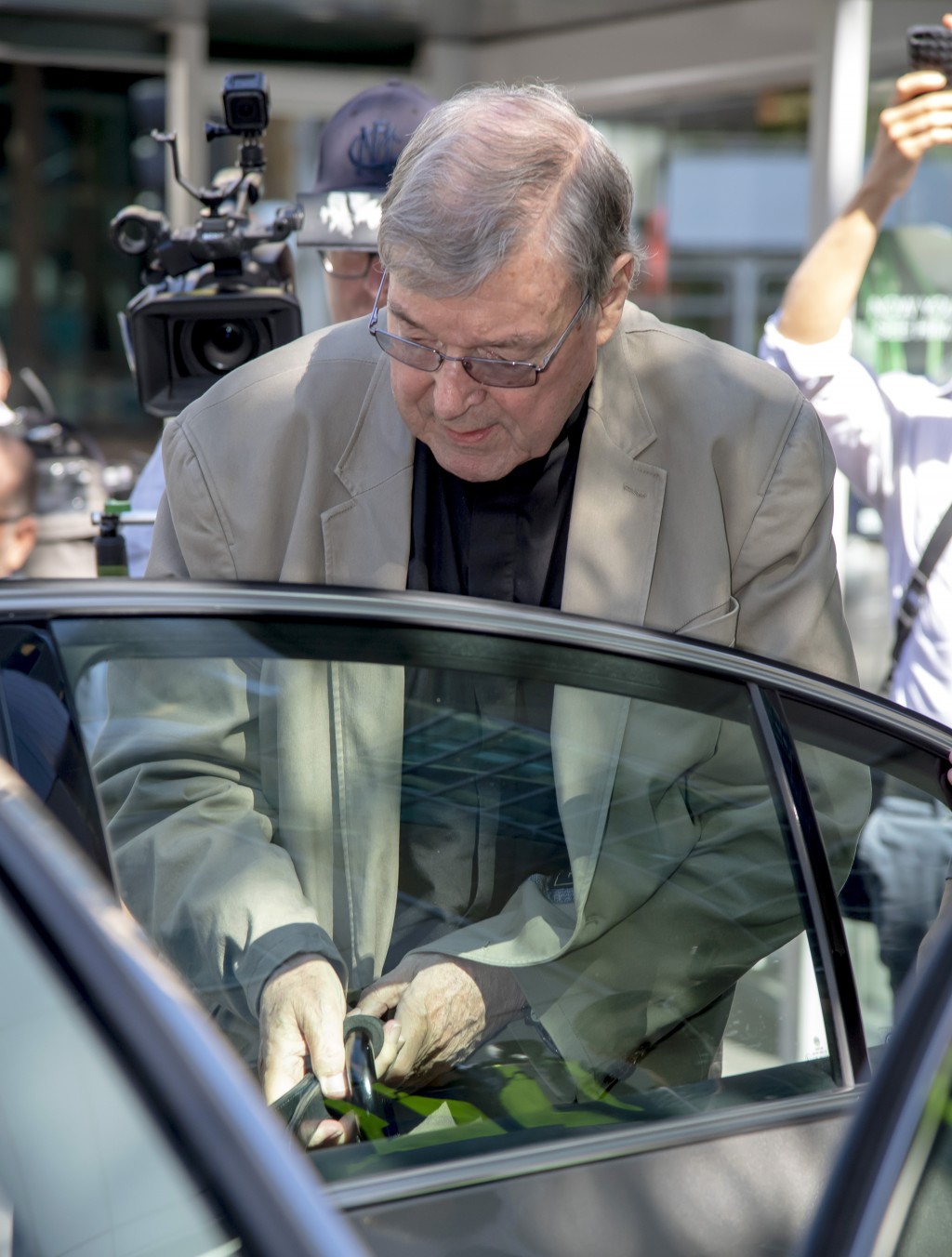 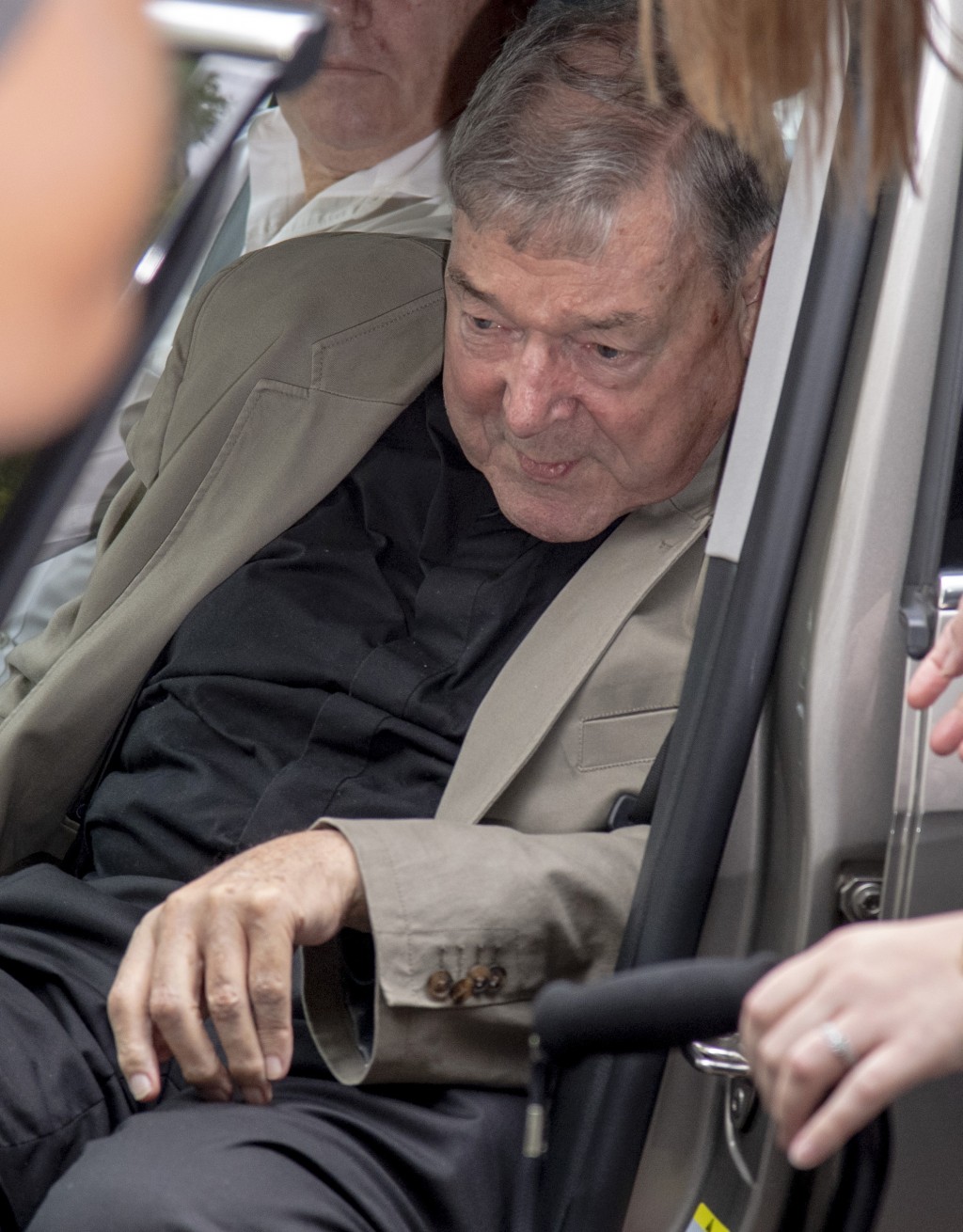 A law firm representing the father of a sex abuse victim who died of a heroin overdose says his son's abuser, Cardinal George Pell, has "blood on his hands."

Shine Lawyers attorney Lisa Flynn says the father, who like his son cannot be named because it is illegal under Australian law to identify a victim of sexual assault, is planning to sue the church or Pell individually once his appeal is finalized.

Flynn says the victim's fatal overdose in 2014 at the age of 31 was linked to his post-traumatic stress disorder.

While the victim had never reported abuse to his family or police, a jury found in December he had been sexually abused by Pell in 1996 on the testimony of a friend whom Pell was also convicted of abusing.

An Australian man who was sexually abused decades ago by Cardinal George Pell says he has experienced "shame, loneliness, depression and struggle."

The man issued a statement after it was publicly revealed that Pell had been convicted in December of the assault. The court until Tuesday had forbidden publication of any details about the trial.

The man was one of two former choirboys that Pell was convicted of molesting moments after celebrating Mass in 1996 when Pell was archbishop. The boys were 13 at the time.

In his statement, the man said it had taken him years to understand the impact the assault had on his life. The man cannot be identified because it is illegal to name victims of sexual assault in Victoria state.

The most senior Catholic cleric ever charged with child sex abuse has been convicted in Australia of molesting two choirboys moments after celebrating Mass.

Cardinal George Pell is Pope Francis' top financial adviser and the Vatican's economy minister. He bowed his head as a jury delivered unanimous verdicts in the Victoria state County Court on Dec. 11 after more than two days of deliberation.

The court had until Tuesday forbidden publication of any details about the trial.

The 77-year-old faces a potential maximum 50-year prison term after a sentencing hearing which begins on Wednesday. He has foreshadowed an appeal.

The jury convicted Pell of abusing two 13-year-old boys whom he had caught swigging sacramental wine in a rear room of Melbourne's St. Patrick's Cathedral in 1996 when he was archbishop.