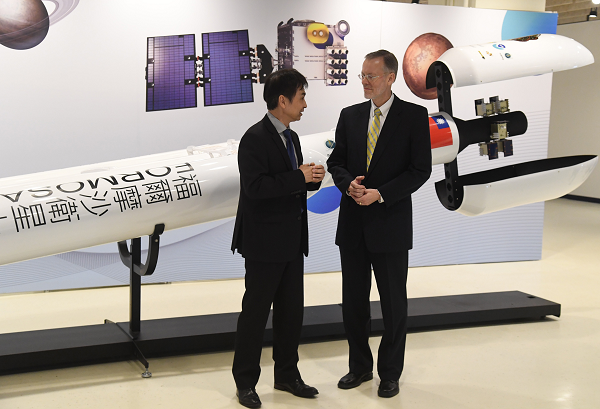 TAIPEI (Taiwan News) – In celebration of the 40 year anniversary of the American Institute in Taiwan (AIT) and the signing of the 1979 Taiwan Relations Act, AIT is hosting events with a special theme every month.

For the month of February, the theme was “Science.” As the month is wrapping up, AIT, in cooperation with the Academia Sinica, and the Ministry of Science and Technology (MOST), are hosting a special educational “Space and Astronomy” exhibition.

The exhibition opened with a ribbon cutting ceremony on Tuesday, Feb. 26, and will run through the end of March at the Taipei Astronomical Museum, located in Shilin District.

One highlight of the exhibition is the seven meter Formosat Rocket (No. 7) on display, which is expected to be launched into space sometime later this year.

Various high-powered telescopes and other astronomic equipment, like the alpha magnetic spectrometer module, are also available for visitors to examine during the educational event.

An array of deep space images taken using various methods will likely pique the curiosity of science lovers, such as a collection of constructed black hole images made using spectroscopic measurement tools.

AIT and MOST invite the public to come check out the special exhibition over the upcoming 228 Holiday weekend. 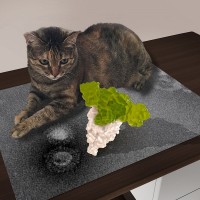