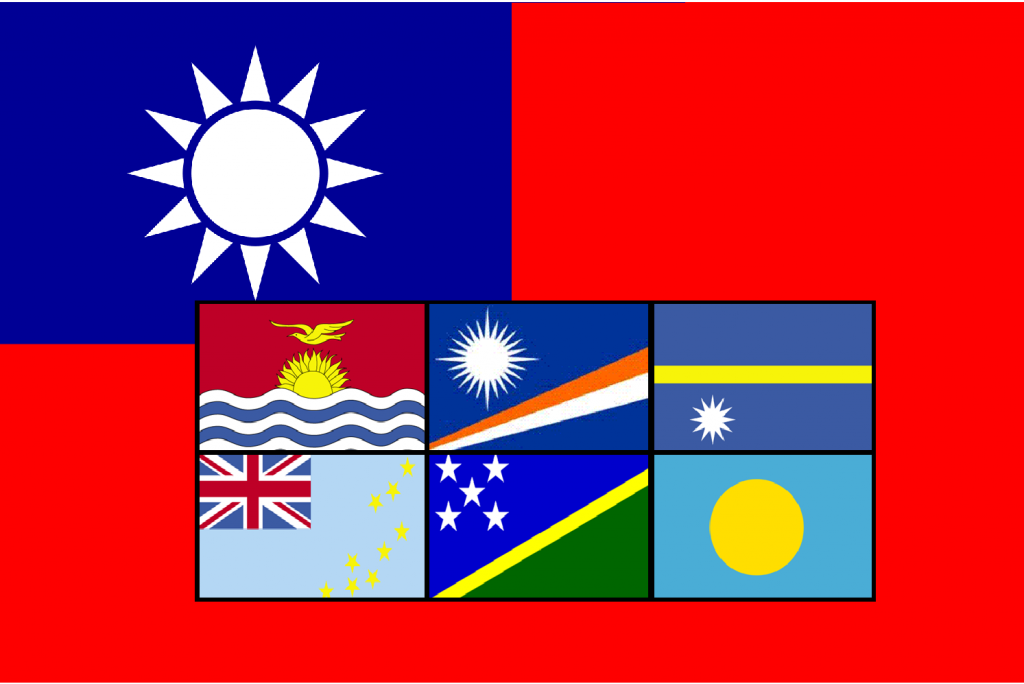 The joint statement delivered ahead of the Pacific Islands Forum (PIF) from the governments of Palau, the Marshall Islands, the Federated States of Micronesia, Nauru, and Kiribati, recommends that in the spirit of Pacific hospitality China and Taiwan both be permitted equal access to forum venues.

With the exception of the Federated States of Micronesia, the nations are all currently diplomatic allies of Taiwan. They are urging members of the Pacific Islands Forum, which have mostly abandoned Taiwan in favor of diplomatic ties with China, to adopt a more fair policy towards Taiwan.

Article 39 of the communique entitled “Pacific Island Forum: Equitable Treatment of all Jurisdictions,” represents an attempt at diplomatic compromise between partnership and shared values with Taiwan on one hand, and the economic opportunities represented by improved relations with China on the other.

Prior to the Micronesia Presidents' Summit held last week, Chinese agents were reportedly courting government officials of the Micronesian nations in an effort to push them away from Taiwan, towards China’s embrace.

However, at the opening of the summit, U.S. Secretary of State Mike Pompeo, speaking from Washington, directly addressed the issue of Taiwan, emphasizing the value which the U.S. places on the Micronesian states’ relations with Taipei.

The communique recommends that, beginning with the 50th annual PIF, which is scheduled for August, 2019 in Tuvalu, representatives from both Taiwan and China should be given equal access to participate in all relevant PIF venues.

Neither Taiwan nor China are officially members of the PIF. Taiwan is the organization’s sole “Development Partner,” while China is recognized as one of PIF’s many “Dialogue Partners.” In the past, Beijing has demanded of its allies, that Taiwan not be permitted access to the forum. Radio New Zealand reports that in the past, both China and Taiwan have held “exclusive” meetings on the sidelines of PIF, with neither country joining the central forum venue.

However, because Tuvalu is a longtime ally of Taipei, this year’s PIF presents a unique opportunity. Taiwan’s allies have the opportunity to exert more political leverage than in years past.

In August of 2018, after Taiwan’s Vice President, Chen Chien-jen (陳建仁), met with the Deputy Premier of Tuvalu, Maatia Toafa, it was announced that Taiwan would send an official delegation to the PIF for the first time in 2019.

If the policy recommendations from the nations of Micronesia are adopted at the PIF in Tuvalu, it may signal a significant development for Taiwan on the international stage, whereby Taiwan and China are both rightfully recognized as the sovereign nations they are.

Such a development could signal a new precedent for international organizations across the globe.