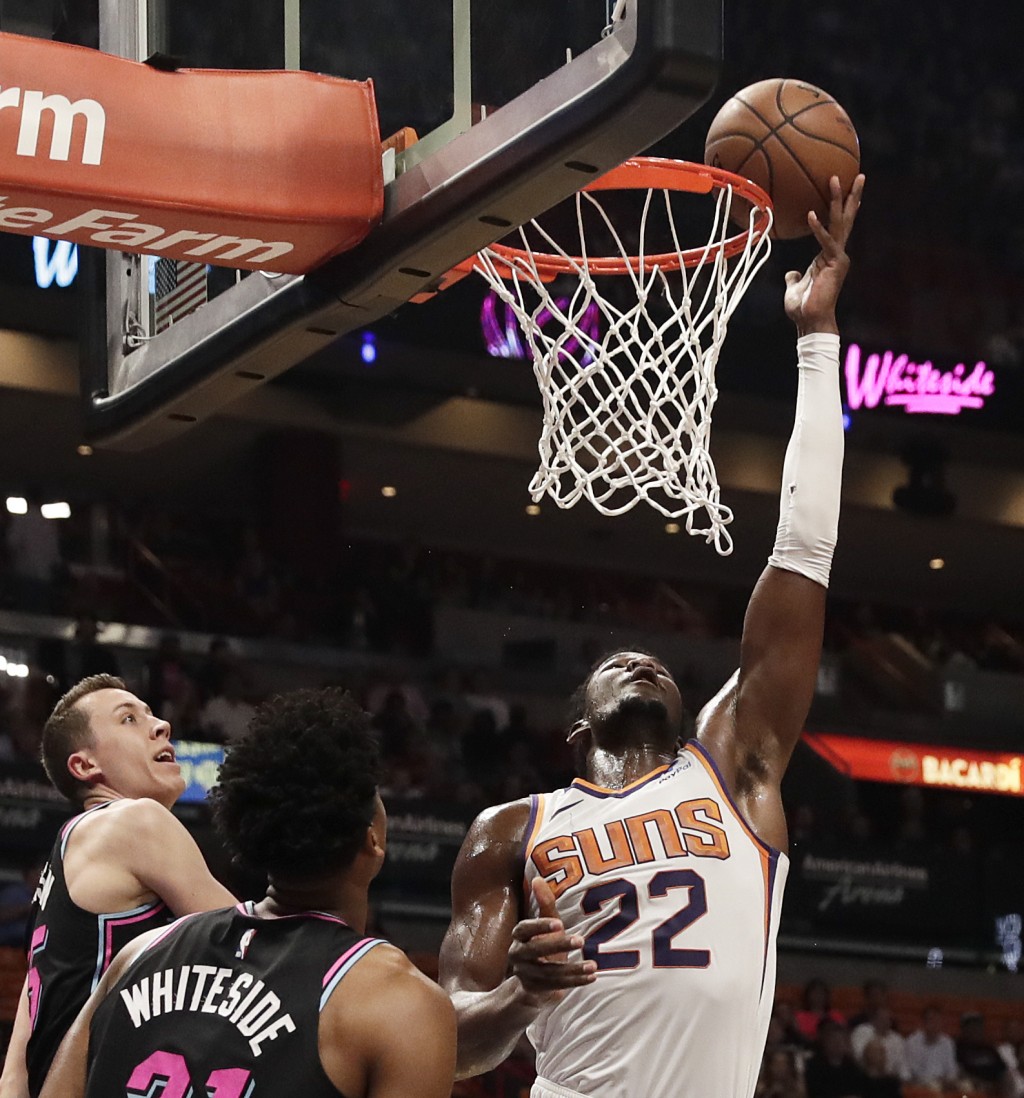 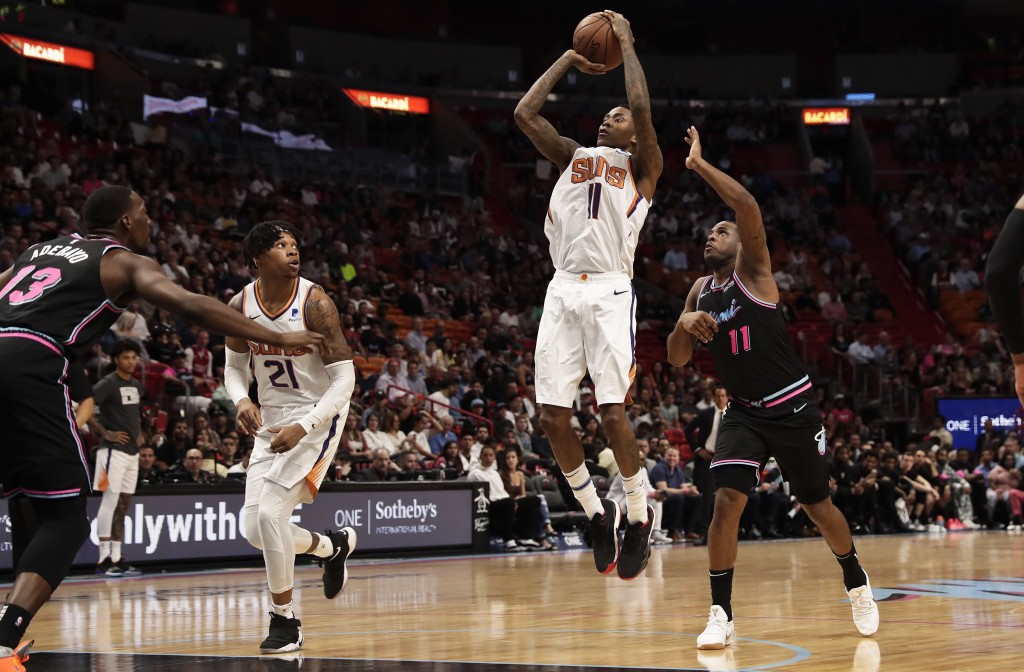 Former Heat guard Tyler Johnson scored 18 points for Phoenix. Jamal Crawford and Kelly Oubre Jr. each had 16 and were huge down the stretch for Phoenix, which scored 40 points in the fourth quarter. Deandre Ayton and Troy Daniels each had 14, and Josh Jackson scored 11 for the Suns.

Hassan Whiteside scored 29 points and Kelly Olynyk added 28 for the Heat, who have dropped six straight at home for the second time this season.

Olynyk's jumper with 18.9 seconds left put Miami up one, and Josh Richardson was called for fouling Booker almost immediately after the Suns inbounded the ball on the next possession. Booker made both, putting Phoenix back on top.

The next Miami possession saw the ball in Dwyane Wade's hands, and he missed a turnaround jumper. Bam Adebayo had a chance at the tip-in, couldn't get it to fall, and Oubre went to the line with 2.1 seconds left. He made both shots, Miami had no time-out left to call, and Wade's desperation 55-footer wasn't close.

The Warriors took a 1½-game lead over the Denver Nuggets in the race for the best record in the Western Conference. Golden State dropped its previous game, a home loss against Houston on Saturday night.

Kevin Durant had 20 points and seven rebounds for the Warriors, who have not lost back-to-back games since Dec. 27. It was an off night for Stephen Curry in his return to his hometown, finishing with 16 points on 4-of-14 shooting from 3-point range.

Cody Zeller made 13 of 14 shots from the field and finished with a career-high 28 points to lead the Hornets.

A night after their defense was absent in a loss to the Knicks, the Spurs couldn't get their offense going. San Antonio was held to its lowest point total of the season, and the NBA's leading 3-point shooting team at 40 percent was a season-worst 16.7 percent behind the arc.

That sent the Spurs to a third straight loss.

Joe Harris and Caris LeVert each added 15 points for the Nets, who made 19 3-pointers.

LaMarcus Aldridge had 26 points and 10 rebounds, and DeMar DeRozan added 23 points for the Spurs.

DETROIT (AP) — Andre Drummond had 26 points and 16 rebounds, Blake Griffin had a triple-double and resurgent Detroit won for the seventh time in eight games.

Griffin had 20 points, 10 rebounds and 10 assists for Detroit, which is battling for a playoff spot in the Eastern Conference.

Indiana lost for only the second time in 10 games.

The Blazers needed a 14-0 run late in the fourth quarter to put the game away.

Cleveland cut the lead to 88-84 going into the fourth and was behind 105-102 with 4:42 left, but Portland's backcourt duo of McCollum and Damian Lillard took over from there.

Damian Lillard scored eight of his 21 points in the final period for Portland.

Cedi Osman scored 27 points for the Cavaliers, who were attempting to win three straight for the first time this season. Kevin Love, playing his fifth game since returning from foot surgery, had 18 points and 12 rebounds in 28 minutes.