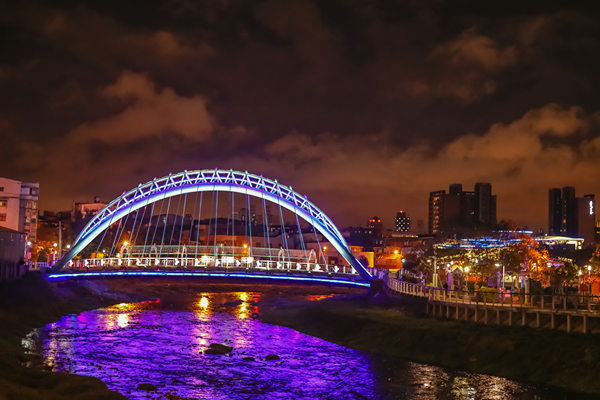 TAIPEI (Taiwan News) -- This amazing image of a brightly lit bridge leaving a neon purple reflection on a river in northern Taiwan was taken by an Egyptian photographer during the Taoyuan Lantern Festival in northern Taiwan.

Ebrahim Mhdy, 26, took this vivid photo on Feb. 18 at the Taoyuan Lantern Festival in Taoyuan City's Guishan District. In the photo, violet lights shining on the bridge leave a neon purple reflection on the city's Nakan River at night.

The photo was taken on the eve of the traditional date of the Lantern Festival, which is the fifteenth day of the first month in the lunisolar calendar. This year's Taoyuan Lantern Festival took place along a stretch of the Nankan River from Feb. 12 to Feb. 24 and included four lantern areas based on the theme of "fairy tales."