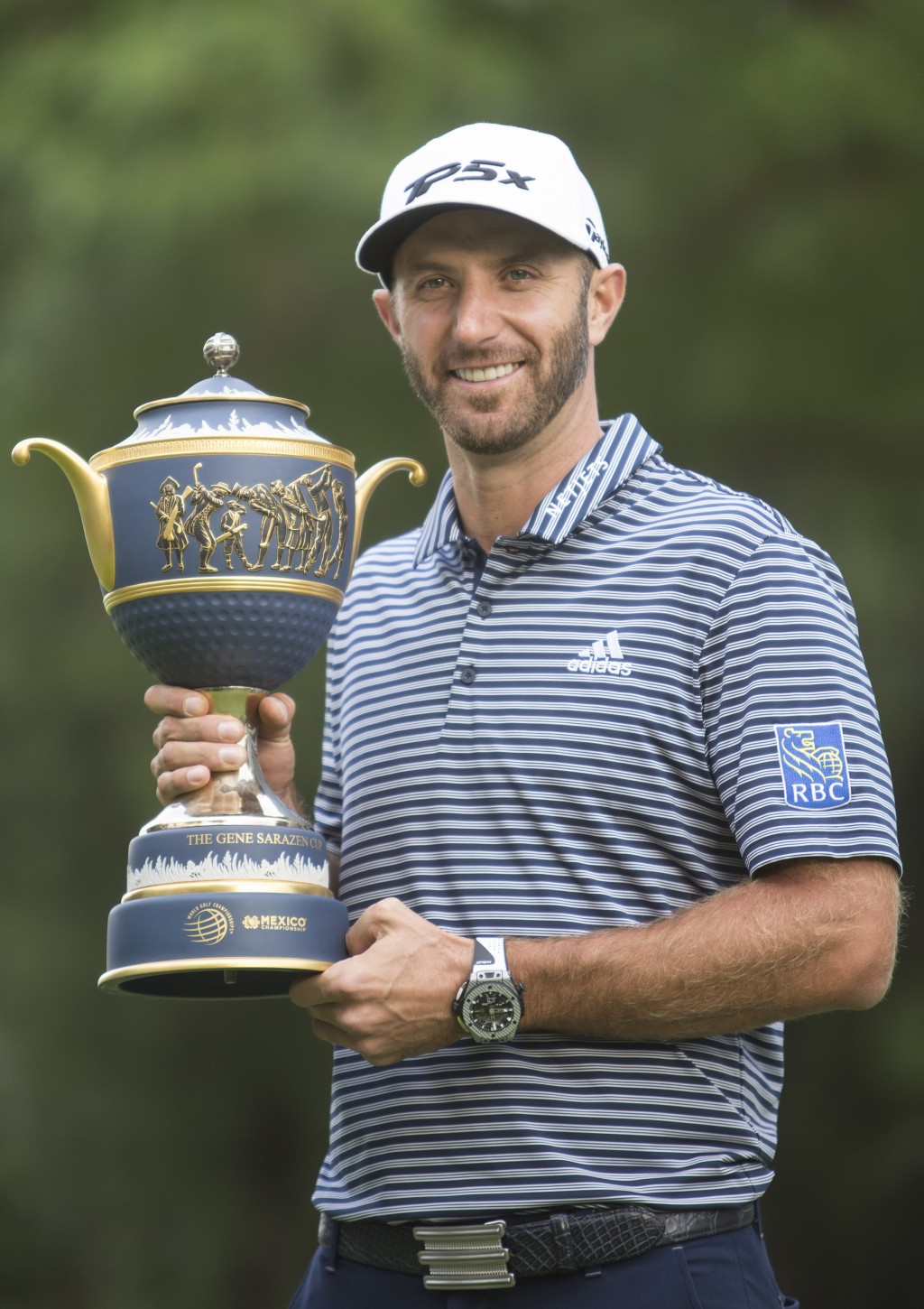 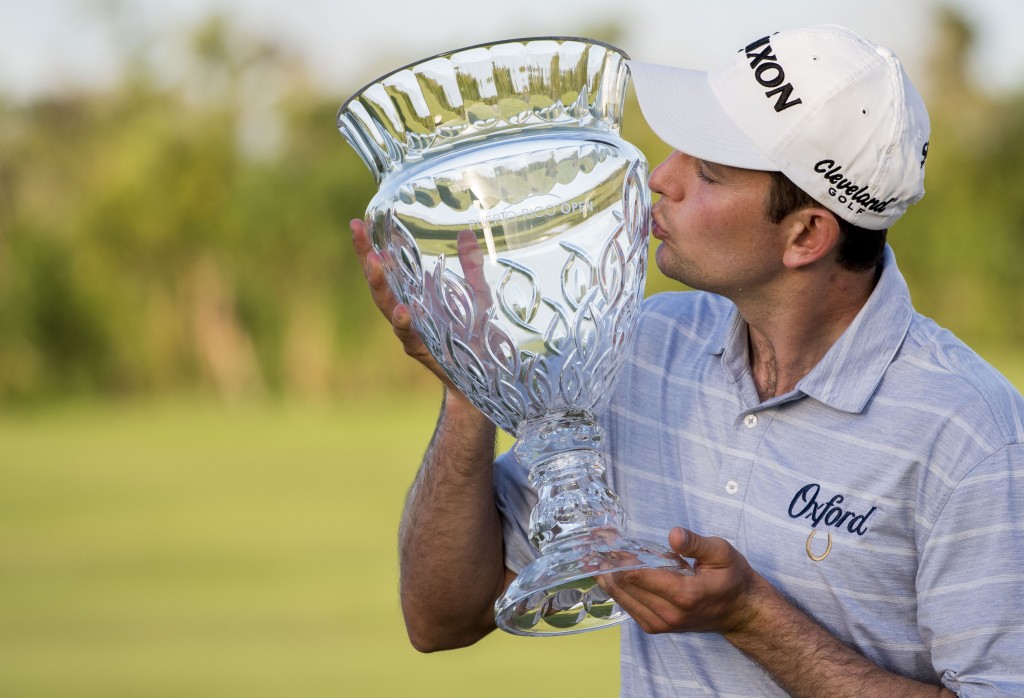 MEXICO CITY (AP) — Dustin Johnson struggled early, caught a good break from behind a tree and then breezed to his sixth World Golf Championship title Sunday by closing with a 5-under 66 for a five-shot victory over Rory McIlroy in the Mexico Championship.

Johnson won for the 20th time on the PGA Tour, making him a lifetime member at age 34.

McIlroy was five behind at the turn and ran off six birdies in a seven-hole stretch before closing with a meaningless bogey for a 67. Johnson was right there with him with five birdies on the back nine.

Johnson finished at 21-under 263, the lowest score by five shots in the three years at Chapultepec Golf Club. McIlroy continue his solid run. This was his fourth consecutive finish in the top 5, the longest such streak of his career.

Tiger Woods got his first top 10 of the year, but it wasn't all that inspiring. He again struggled on the poa greens of Chapultepec. Over the last two rounds, Woods hit 31 out of 36 greens in regulation and only had scores of 70 and 69 to show for it.

Johnson goes to No. 2 in the world by a fraction of a point, and will return to No. 1 the following week based on the two-year computations because neither Johnson nor Justin Rose are playing next week.

Making his 11th PGA Tour start, Trainer birdied four of the last 10 holes to finish at 15-under 273. The 27-year-old former University of Southern California won twice last year on the Web.com Tour and finished fourth on the money list to earn a spot on the big tour.

Trainer earned $540,000 along with a two-year exemption on the PGA Tour and an exemption to the PGA Championship, but didn't get an invitation to the Masters in the event played opposite the World Golf Championships' Mexico Championship.

Third-round leader Aaron Baddeley shot a 72 to tie for second with Daniel Berger (66), Roger Sloan (67) and Johnson Wagner (69). At No. 72, Berger was the highest ranked player in the field.

CHONBURI, Thailand (AP) — Amy Yang held off Minjee Lee by a stroke to win the LPGA Thailand for the third time.

Yang closed with a 7-under 65 to finish at 22-under 266 at Siam Country Club's Pattaya Old Course. The South Korean player has four LPGA Tour titles, also winning the event in 2015 and 2017. She also won the 2013 LPGA KEB HanaBank Championship in South Korea

Lee, from Australia, finished with a 66 in the round delayed by lightning and rain.

Spain's Carlota Ciganda was third at 20 under after a 63.

Daniel Nisbet won the Coca-Cola Queensland PGA Championship by six strokes for his third PGA Tour of Australasia victory in the past year. Nisbet shot 66-63-63-64 to finish at 24 under at City Golf Club in Toowoomba, Australia. ... Sweden's Marianne Skarpnord birdied the final two holes for a 3-under 69 and a two-stroke victory in the Australian Ladies Classic in Bonville. She finished at 8-under 280 at Bonville Golf Club for her fourth Ladies European Tour title.