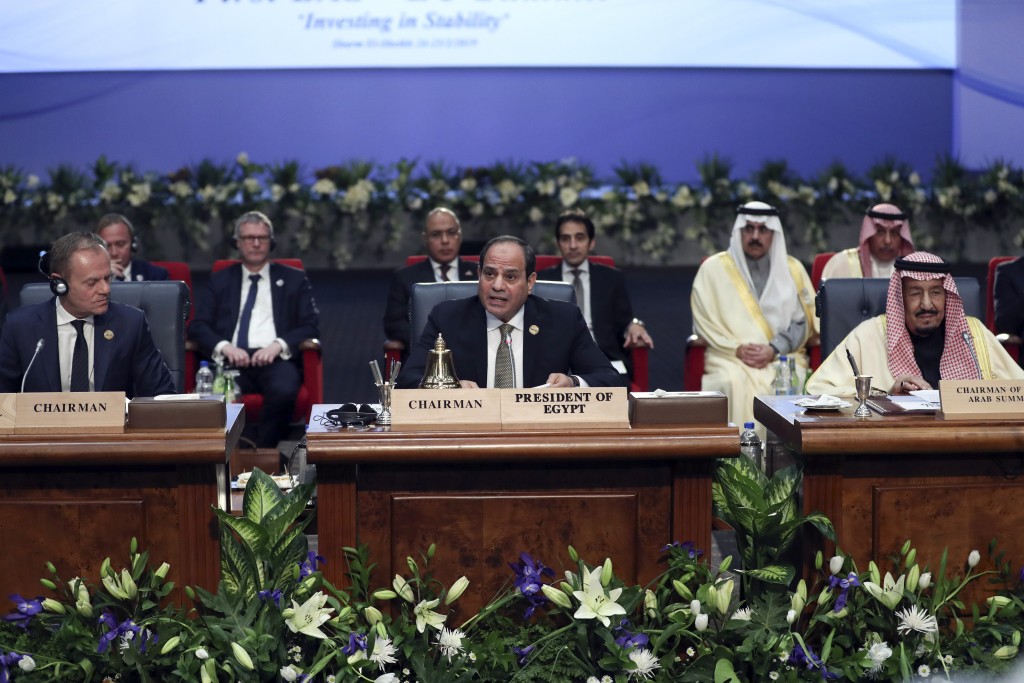 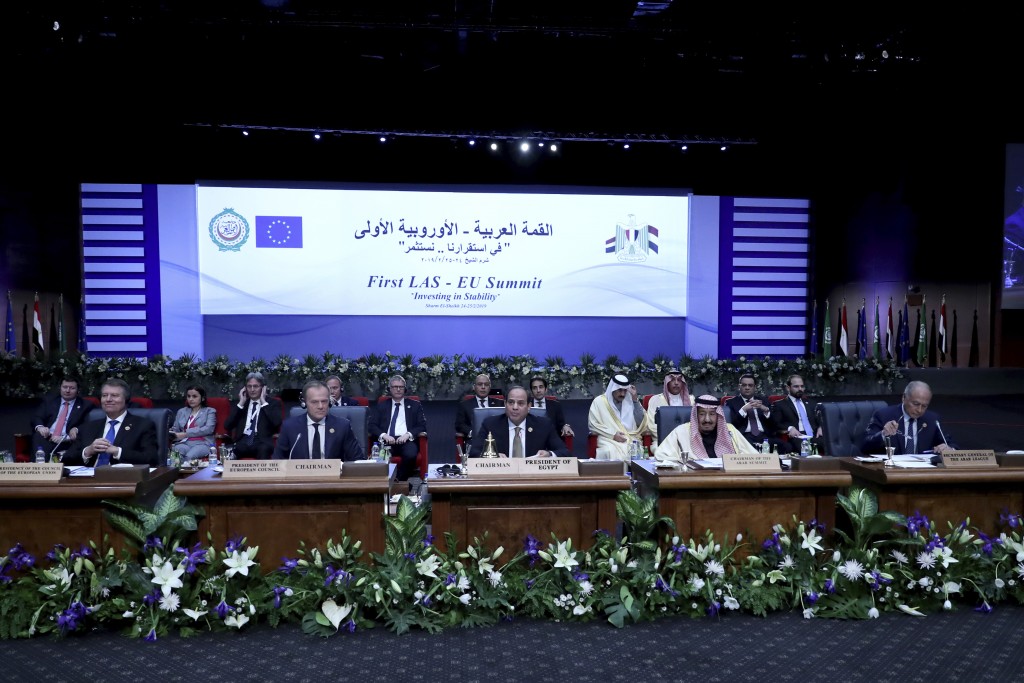 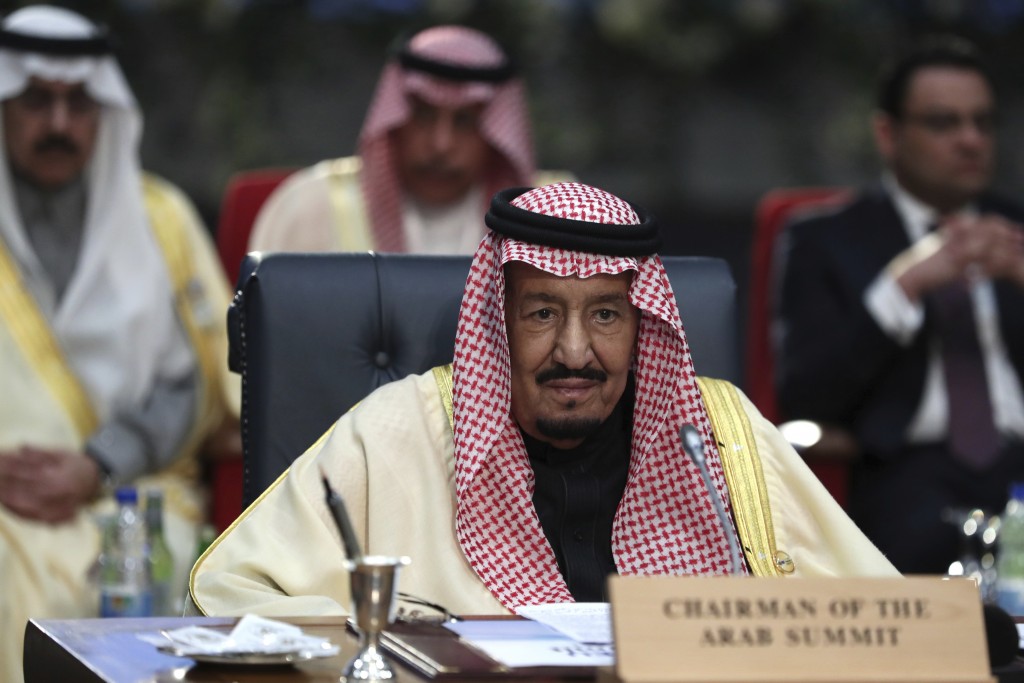 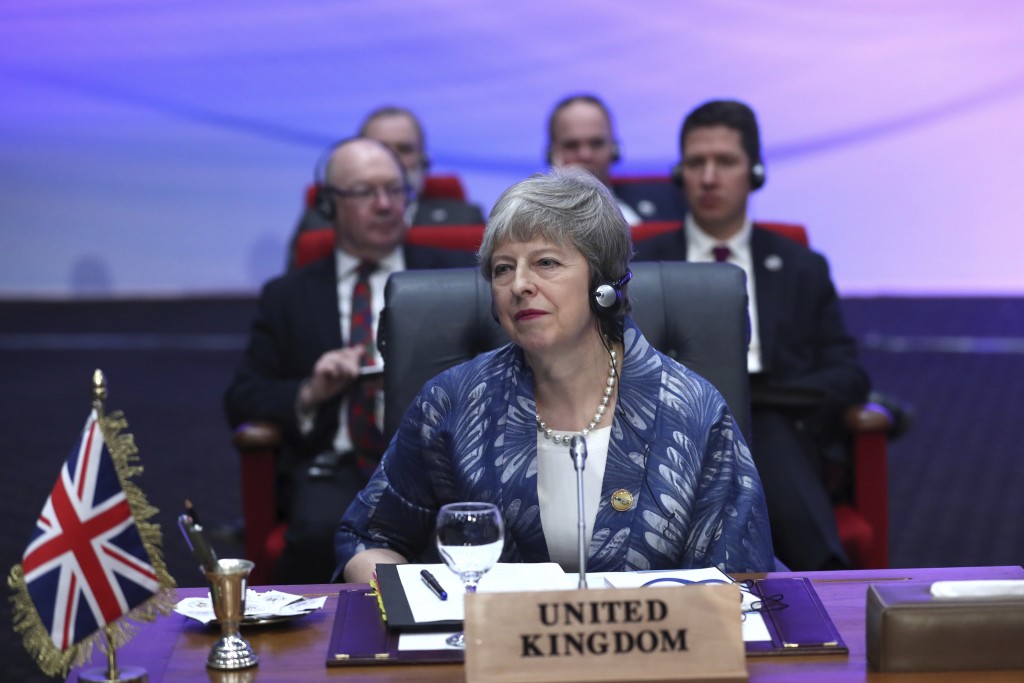 SHARM EL-SHEIKH, Egypt (AP) — Leaders from European Union and Arab League countries pledged Sunday to boost cooperation in the fight against terrorism and to tackle unauthorized migration at a first-ever summit high in symbolism but likely to yield few concrete results.

Under tight security at the Red Sea resort city of Sharm el-Sheikh, Egyptian President Abdel-Fattah el-Sissi opened two days of talks with a speech celebrating what he described as historic cooperation between the two organizations.

But despite the public display of unity, just drafting a summit statement has proved difficult. EU and Arab League foreign ministers failed to agree earlier this month on a text after Hungary objected to the section on migration, and work on the document is continuing.

In it, the leaders are likely to commit to addressing conflicts in Syria and Yemen or stalled Middle East peace efforts, yet paper over major differences about how to resolve them or who might be responsible.

Some said that merely sitting down together at the same table for the first time is a result in itself.

"The meeting is the message," European Commission President Jean-Claude Juncker told reporters, summing up the largely symbolic nature of the summit, while EU foreign policy chief Federica Mogherini said "this summit is, in itself, a deliverable."

Europe's migration challenge is at the heart of the two-day meeting, being held under the slogan "Investing in Stability." Desperate to bring migrant arrivals under control, the EU offered the summit last October as a symbolic sweetener to el-Sissi, much as they did with Turkish President Recep Tayyip Erdogan in 2015.

The EU wants el-Sissi to order the Egyptian coast guard to pick up migrants leaving Libya and take them back to the African mainland, ensuring they do not become Europe's responsibility. El-Sissi, in turn, would receive high-profile European recognition, promotion for Sharm el-Sheikh and a muting of criticism of his government's human rights record.

"We must work together — countries of origin, transit and destination — in order to break the business model of smugglers and traffickers who lure people into dangerous journeys and feed modern-day slavery," said EU Council President Donald Tusk.

While the number of people crossing the central Mediterranean has now dropped to a seven-year low, Europe's inability to agree on how to manage the arrivals has sparked a major political crisis, as nations bicker over who should take responsibility and whether other EU partners should help out. Some, like Prime Minister Viktor Orban in Hungary, contend that extremists are entering among the refugees.

Just days before the summit, the head of the EU's border and coast guard agency praised the authorities in Cairo for preventing any migrant from setting out for Europe from the Egyptian coast since 2016.

"There are no boats coming directly from Egypt to the European Union," Frontex director Fabrice Leggeri said. "The cooperation with Egypt is really encouraging and is developing."

The EU — a major trading partner and investor in the Arab world — routinely trumpets an agreement it reached with Erdogan for slowing migrant arrivals to a trickle in exchange for up to 6 billion euros ($7 billion) in aid for Syrian refugees there and other incentives. It has pledged to replicate the deal in northern Africa.

El-Sissi also called for a broad plan to combat terrorism that would deprive extremists of funding and "include a strict security offensive to counter the terrorist organizations and other elements of terrorism. And there should also be an effective ideological offensive against their ideological platforms."

Saeed Sadek, professor of political sociology at the Canadian University in Cairo, told The Associated Press that security would be of prime concern in Sharm el-Sheikh, but he too played down expectations from the summit.

"The timing is very important because it comes after eight years of instability in the Mediterranean affecting Europe and the Middle East," Sadek said. "Both sides want to know how can we stabilize the area further, produce stability, how can we deal with the consequences and prevent any further escalations."

"But the imbalance of power between the two sides may not produce the concrete results that people imagine," he added.

Tusk too noted: "I am aware that there are differences between us. We are not here to pretend that we agree on everything. But we face common challenges and have shared interests."