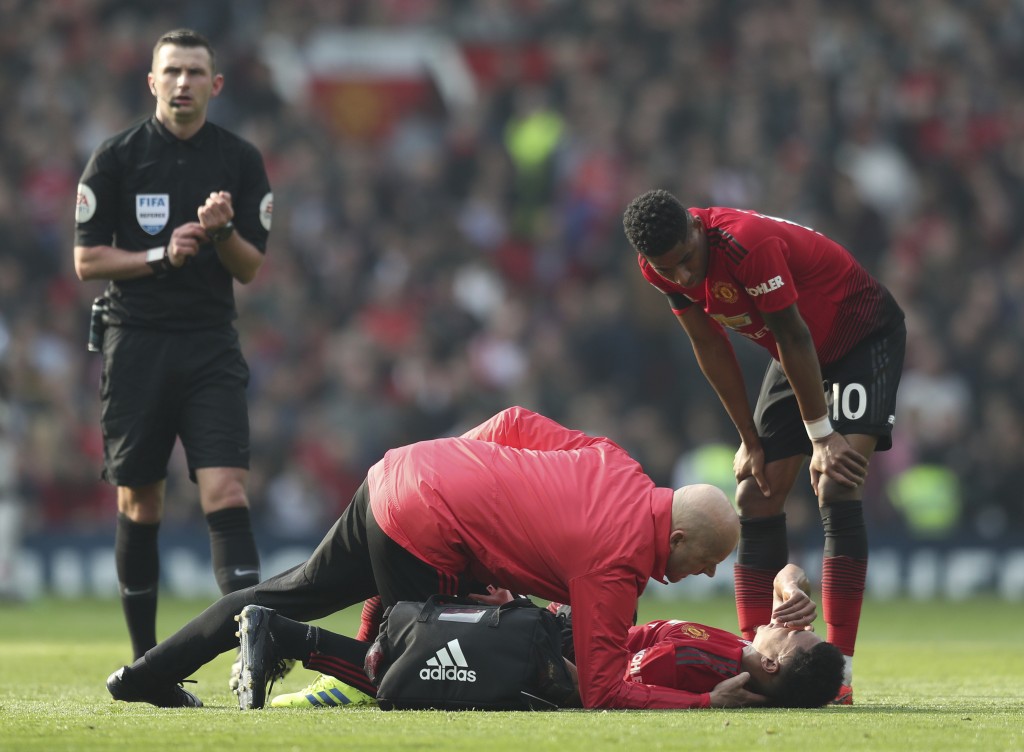 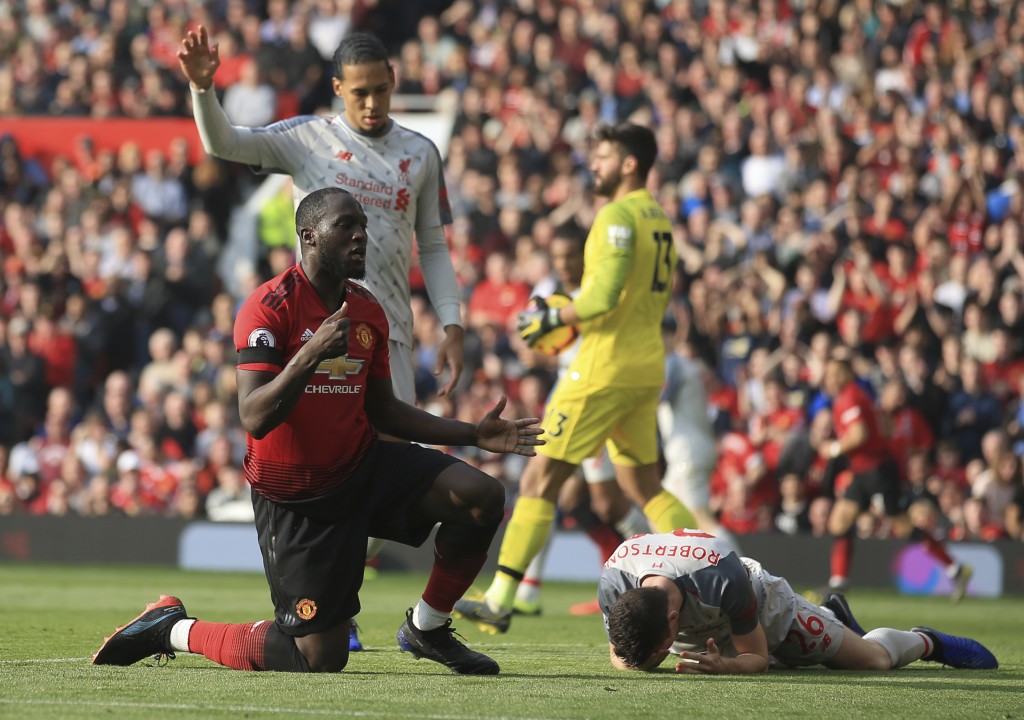 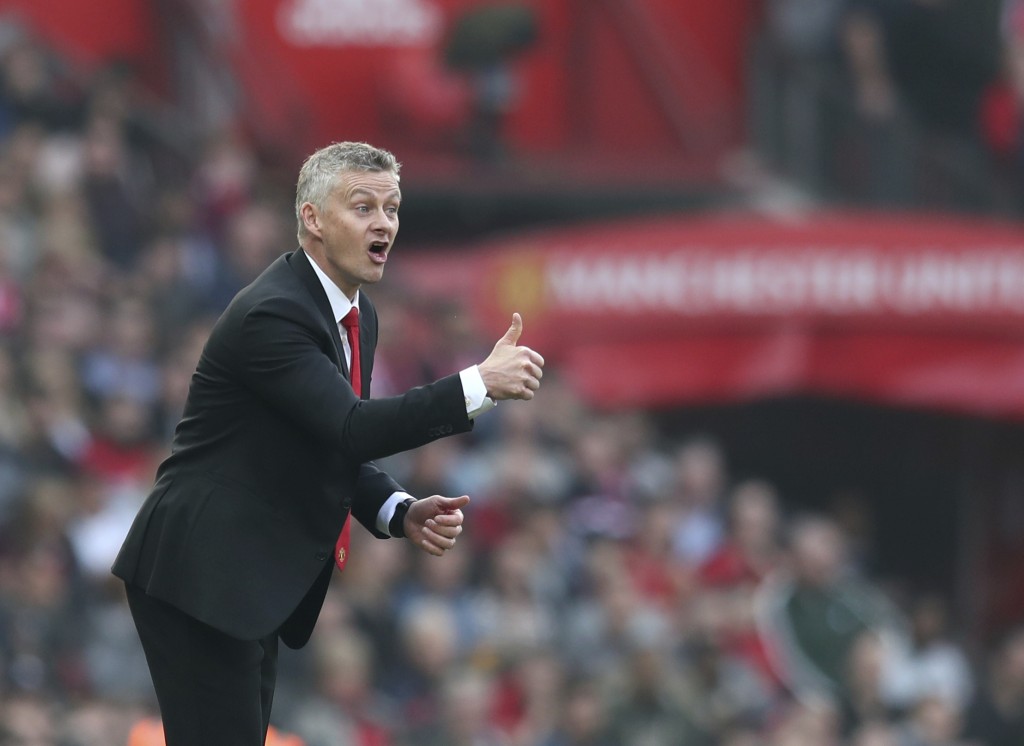 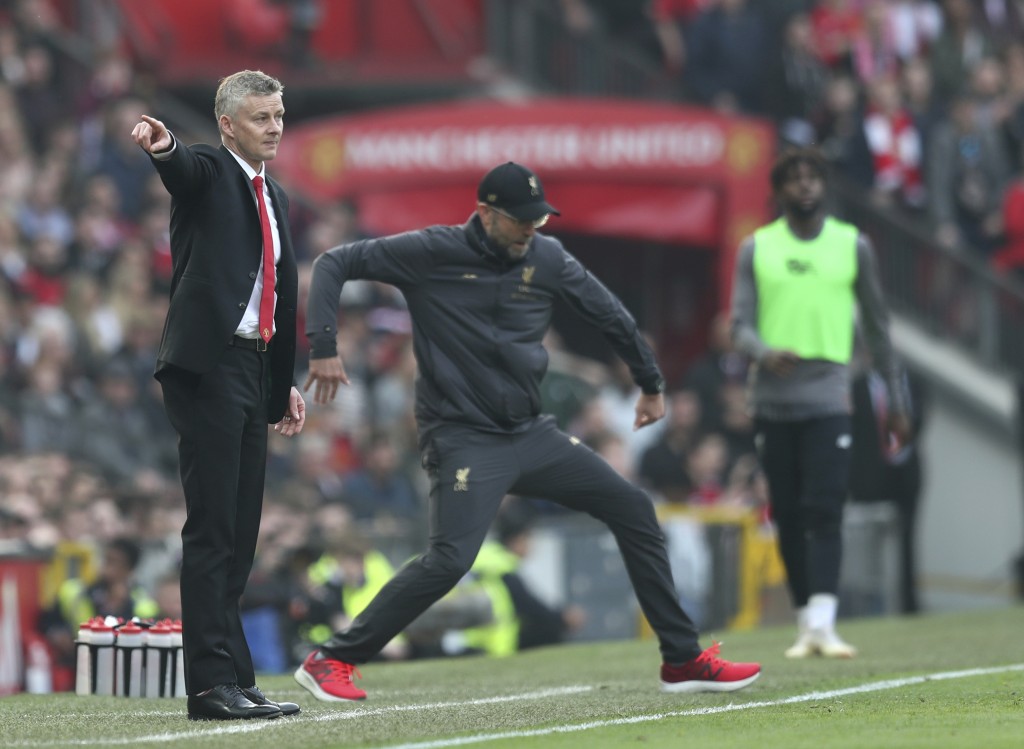 MANCHESTER, England (AP) — Liverpool returned to the top of the Premier League by drawing 0-0 at Manchester United on Sunday in a lackluster game featuring more injuries than outstanding chances.

United had to make three substitutions in the first 43 minutes alone — Ander Herrera, Juan Mata and substitute Jesse Lingard all hobbled off — while Liverpool also lost Roberto Firmino to injury in the first half.

In a cagey match in which the teams' top players failed to perform, United had less possession but ended up creating the best chances. Lingard was denied by Alisson Becker as he attempted to round the goalkeeper toward the end of the first half, while Lukaku headed at Alisson moments later.

It was the first goalless draw in the league at Old Trafford between England's two most decorated teams since 1991, which is a year after Liverpool last won the title.

Liverpool is in a strong position to end that agonizing wait for the biggest trophy in English soccer, after moving a point above Manchester City with 11 games left.

However, Liverpool has only won three of its last nine games in all competitions — a run that started with the 2-1 loss at City on Jan. 3.

This was only the second league match in 10 under Ole Gunnar Solskjaer that United has dropped points. Under the circumstances, it was a good point considering the first-half injuries and the fact that key midfielder Nemanja Matic was ruled out after picking up an injury in training on Friday.