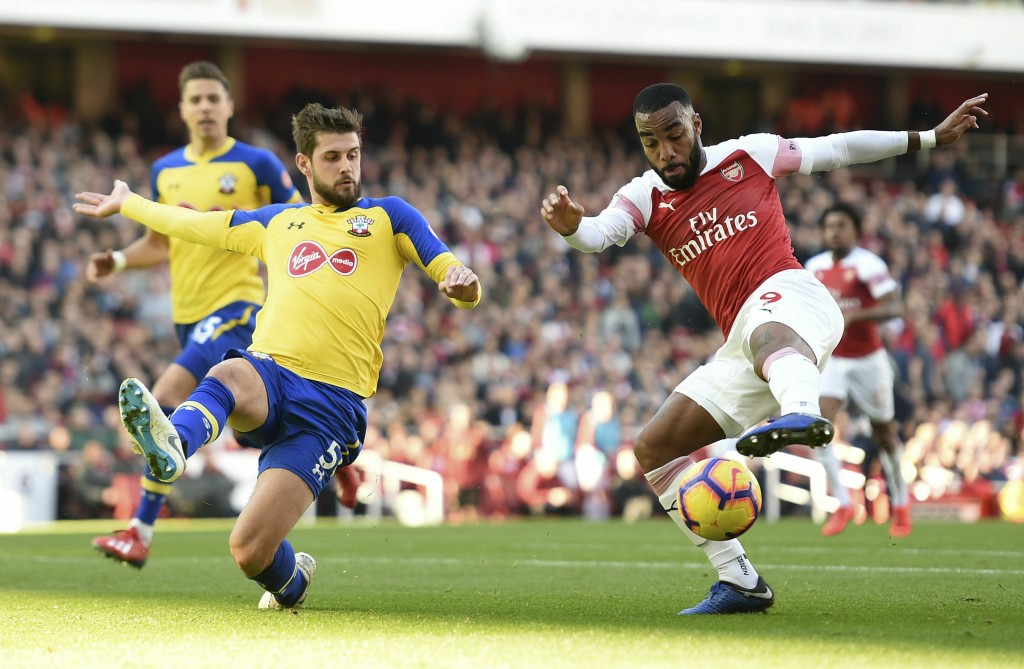 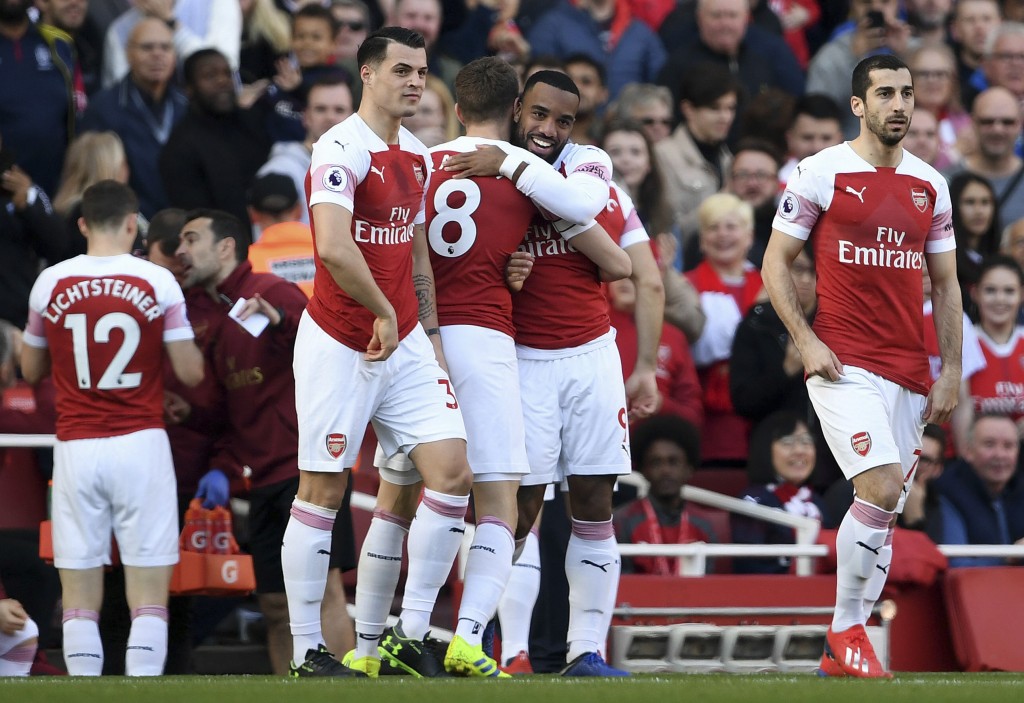 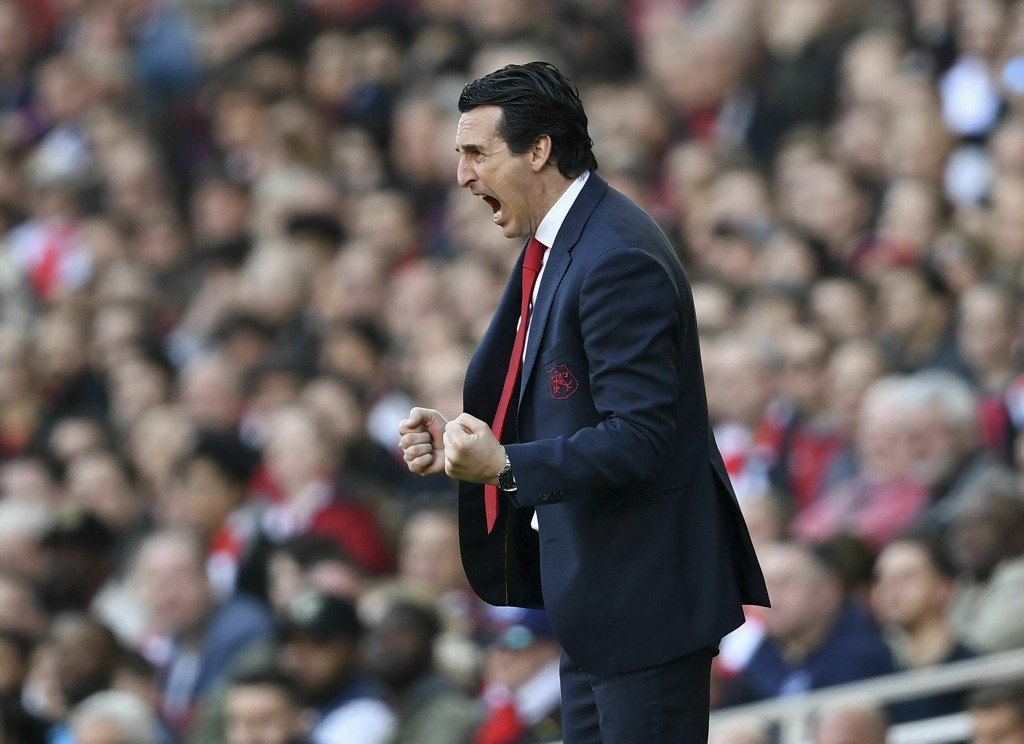 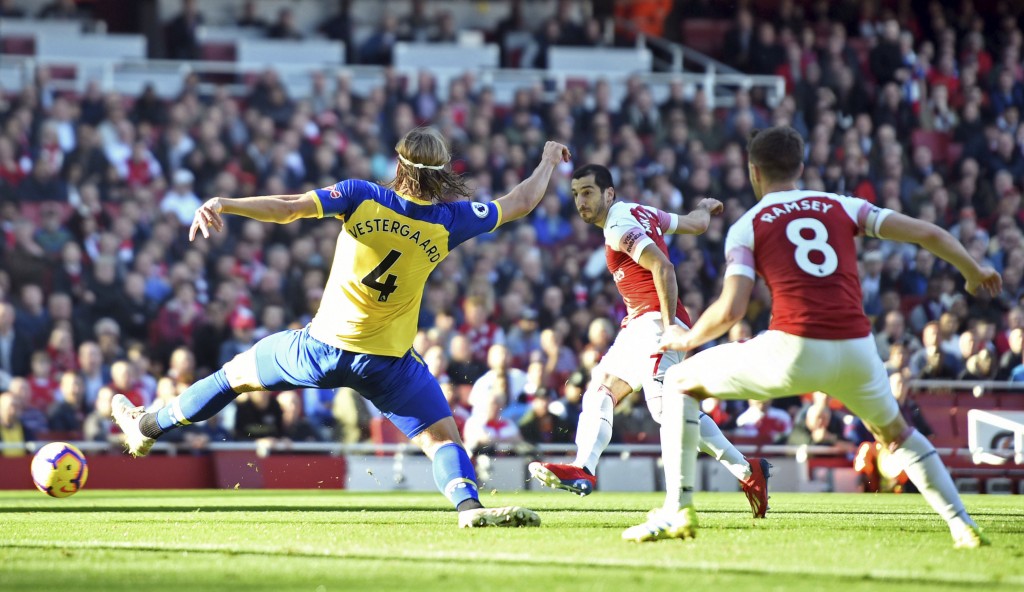 LONDON (AP) — Arsenal climbed into the Premier League's top four with a 2-0 home win over Southampton on Sunday, leaving the visitors mired in the relegation zone.

Alexandre Lacazette and Henrikh Mkhitaryan scored early goals for Arsenal, making for a comfortable afternoon against disjointed Southampton, which struggled badly to find any rhythm.

The loss leaves Southampton in 18th place, while Arsenal overtook Manchester United for fourth place and strengthened its chances of claiming a Champions League spot.

Lacazette could easily have had a hat trick by halftime as he forced two decent saves from Angus Gunn, blasted over from five yards out and had one shot blocked by a defender during a dominating spell for Arsenal.

But he did put his team ahead with a neat backheel finish after just six minutes, steering in a shot from Mkhitaryan that was heading wide. Replays suggested Lacazette may have been offside, but Arsenal also had a strong claim for a penalty seconds earlier when Lucas Torreira was hauled down in the box.

Lacazette had a hand in the second goal as well as his high press forced Southampton to turn the ball over. Alex Iwobi's low cross was then deflected into the path of Mkhitaryan, who calmly scored the second goal in the 14th.

Arsenal manager Unai Emery again left Mesut Ozil on the bench until a late cameo, but Arsenal's midfield dominated the game as Mkhitaryan, Iwobi and Aaron Ramsey frequently combined to provide a creative attacking spark that has often been lacking from the team in recent games.

Southampton did force two good saves from Bernd Leno in the first half and was nearly gifted a way back into the game when Granit Xhaka lofted a pass straight into the path of James Ward-Prowse, who let Arsenal off the hook by blasting his shot wide. But Southampton couldn't produce anything that resembled its performance in a 3-2 home win that ended Arsenal's 22-game unbeaten run in December.

Matt Targett nearly pulled a goal back late with a long-distance volley, but Leno punched the ball way at full stretch.