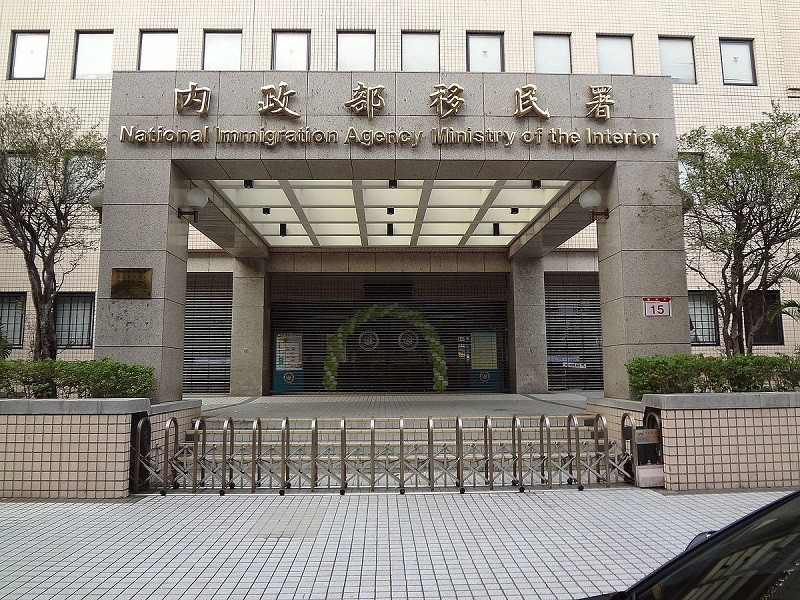 The National Immigration Agency (NIA) on Sunday defended its policy to encourage foreign nationals who have overstayed their visas to turn themselves in after it was harshly criticized by an official with a crime control association.

The NIA accused the critic, Asian Association of Police Studies Secretary-General Sandy Yeh (葉毓蘭), of misunderstanding the nature of the policy and what it entails.

Under the NIA amnesty program, those residing in Taiwan beyond the expiration of their visa who turn themselves in from Jan. 1 to June 30 will only be subject to a maximum penalty of NT$2,000 (US$64.89) and a limited re-entry ban or suspension of visa-free privileges.

Visa overstayers who are arrested face heavier punishment, including a penalty of up to NT$10,000 and a longer re-entry ban.

Yeh, who also teaches in Central Police University's Foreign Affairs Police Department, charged in a letter to Chinese-language newspaper United Daily News that the government was being too easy on visa-law violators and that the policy was being abused.

She said illegal brokers and workers use the internet to encourage others to leave their original employers with the hope of making more money, and argued that once they have made enough they can just surrender themselves to authorities without generating a record.

Why would migrant workers want to stay with their original and legal employers, if "after earning enough, they can surrender, pay NT$2,000 and not generate a record," Yeh asked in her letter.

The NIA contended in a statement Sunday, however, that Yeh's argument misunderstood what the program was about, saying that there were indeed penalties for violating the law, including a re-entry ban.

It also noted that the amnesty program, designed to reduce the number of violators that has built up in recent years, is temporary, and that after June 30, the law will be amended to stiffen penalties for visa overstayers, regardless of whether they turn themselves in or are arrested.

The revisions, which referred to corresponding practices in neighboring countries such as Japan, South Korea and Singapore, will be implemented as soon as possible after the expiration of the program, the NIA said.