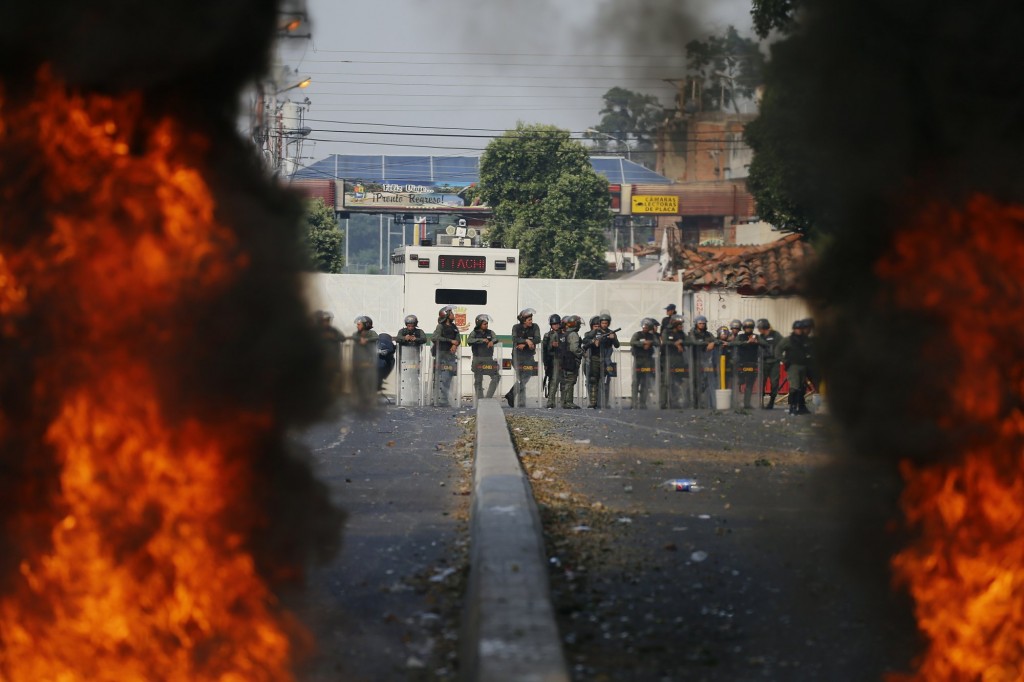 Throughout the turbulent day, as police and protesters squared off on two bridges connecting Venezuela to Colombia, opposition leader Juan Guaido made repeated calls for the military to join him in the fight against Maduro’s “dictatorship.” Colombian authorities said more than 60 soldiers answered his call, deserting their posts in often-gripping fashion, though most were lower in rank and didn’t appear to dent the higher command’s loyalty to Maduro’s socialist government.

In one dramatic high point, a group of activists led by exiled lawmakers managed to escort three flatbed trucks of aid past the halfway point into Venezuela when they were repelled by security forces. In a flash the cargo caught fire, with some eyewitnesses claiming the National Guardsmen doused a tarp covering the boxes with gas before setting it on fire. As a black cloud rose above, the activists — protecting their faces from the fumes with vinegar-soaked cloths — unloaded the boxes by hand in a human chain stretching back to the Colombian side of the bridge. “They burned the aid and fired on their own people,” said 39-year-old David Hernandez, who was hit in the forehead with a tear gas canister that left a bloody wound and growing welt. “That’s the definition of dictatorship.”

For weeks, U.S. President Donald Trump’s administration and its regional allies have been amassing emergency food and medical supplies on three of Venezuela’s borders with the aim of launching a “humanitarian avalanche.” It comes exactly one month after Guaido, in a direct challenge to Maduro’s rule, declared himself interim president at an outdoor rally.

Even as the 35-year-old lawmaker has won the backing of more than 50 governments around the world, he’s so far been unable to cause a major rift inside the military — Maduro’s last-remaining plank of support in a country ravaged by hyperinflation and widespread shortages.

“Our call to the armed forces couldn’t be clearer: put yourself on the right side of history,” Guaido said in an appeal to troops as he pulled himself onto a truck and waved to cheering supporters during a ceremonial send-off of the aid convoy from the Colombian city of Cucuta.

Amid the aid push, Maduro struck back, breaking diplomatic relations with Colombia, whose right-wing government he accuses of serving as a staging ground for a U.S.-led effort to oust him from power.

“My patience has run out,” Maduro said, speaking at a massive rally of red-shirted supporters in Caracas and giving Colombian diplomats 24 hours to leave the country.

The clashes started at dawn in the Venezuelan border town of Urena, when residents began removing yellow metal barricades and barbed wire blocking the Santander bridge. Some of the protesters were masked youth who threw rocks and later commandeered a city bus and set it afire. At least two dozen people were injured in the disturbances, according to local health officials.

“We’re tired. There’s no work, nothing,” Andreina Montanez, 31, said as she sat on a curb recovering from the sting of tear gas used to disperse the crowd.

The single mom said she lost her job as a seamstress in December and had to console her 10-year-old daughter’s fears that she would be left orphaned when she decided to join Saturday’s protest.

“I told her I had to go out on the streets because there’s no bread,” she said. “But still, these soldiers are scary. It’s like they’re hunting us.”

At the Simon Bolivar bridge, a group of aid volunteers in blue vests calmly walked up to a police line and shook officers’ hands, appealing for them to join their fight.

But the goodwill was fleeting and a few hours later the volunteers were driven back with tear gas, triggering a stampede.

At least 60 members of security forces, most of them lower-ranked soldiers, deserted and took refuge inside Colombia, according to migration officials. One was a National Guard major. Colombian officials said 285 people were injured, most left with wounds caused by tear gas and metal pellets that Venezuelan security forces fired.

A video provided by Colombian authorities shows three soldiers at the Simon Bolivar bridge wading through a crowd with their assault rifles and pistols held above their heads in a sign of surrender. The young soldiers were then ordered to lie face down on the ground as migration officials urged angry onlookers to keep a safe distance.

“I’ve spent days thinking about this,” said one of the soldiers, whose identity was not immediately known. He called on his comrades to join him: “There is a lot of discontent inside the forces, but also lots of fear.”

Guaido, who has offered amnesty to soldiers who join the opposition’s fight, applauded their bravery, saying it was a sign that support for Maduro was crumbling. Later, he greeted five of the military members, who in turn offered a salute, calling the opposition leader Venezuela’s “constitutional president” and their commander in chief. “They aren’t deserters,” Guaido said. “They’ve decided to put themselves on the side of the people and the constitution. ... The arrival of liberty and democracy to Venezuela can’t be detained.”

Analysts warn that there may be no clear victor and humanitarian groups have criticized the opposition as using the aid as a political weapon.

“Today marked a further blow to the Maduro regime, but perhaps not the final blow that Guaido, the U.S. and Colombia were hoping for,” said Michael Shifter, president of the Inter-American Dialogue in Washington. “Threats and ultimatums from Washington directed to the generals may not be the best way to get them to flip. In fact, they are likely to have the opposite effect.”

International leaders including U.N. Secretary-General Antonio Guterres are appealing for the sides to avoid violence. But at least two people were killed and another 21 injured in the town of Santa Elena de Uairen, near the border with Brazil, according to local health officials.

The push comes on the heels of a giant concert organized by British billionaire Richard Branson aimed at pressuring Maduro to accept the aid. Tens of thousands of Venezuelans gathered in a field to hear pop stars like Juanes sing beneath a scorching sun. Guaido made a surprise appearance toward the end.

The opposition planned to hold three simultaneous aid pushes on Saturday. Aside from the events in Colombia, they also hope to get humanitarian assistance delivered by sea and through Venezuela’s remote border with Brazil, which the government of Maduro has ordered closed. Amid the sometimes-chaotic and hard-to-verify flow of information, opposition lawmakers and Guaido said the first shipment of humanitarian aid had crossed into Venezuela from Brazil — although reports from the ground revealed that two trucks carrying the aid had only inched up to the border itself.

Dueling demonstrations also took place in the capital. Government opponents, waving American flags and one of them dressed like Captain America in a nod to the Trump administration’s prominent role cornering Maduro, headed toward an air base. With the opposition mostly mobilized along the border, a much larger mass of red-shirted government supporters, some of them on motorcycles, filled streets downtown.

Venezuela’s military has served as the traditional arbiter of political disputes in the South American country, and in recent weeks, top leaders have pledged their unwavering loyalty to Maduro.

But that hasn’t discouraged young protesters like Juan David Candiales.

The 17-year-old said he sneaked out of his family’s home in Venezuela last week to help bring in the aid. Despite being shot four times in the leg with metal pellets, he raced back to the burned aid trucks late Saturday to square off with National Guardsmen one more time.

“I have to keep going back — because this is the country where I was born and it pains me,” he said. “If we can be here all night we will be here all night. I’m not going home until humanitarian aid is let into Venezuela.” 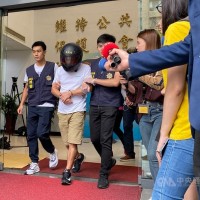 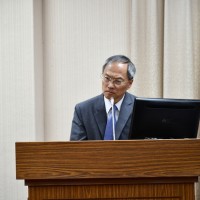 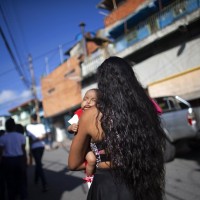 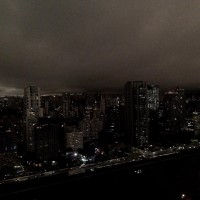