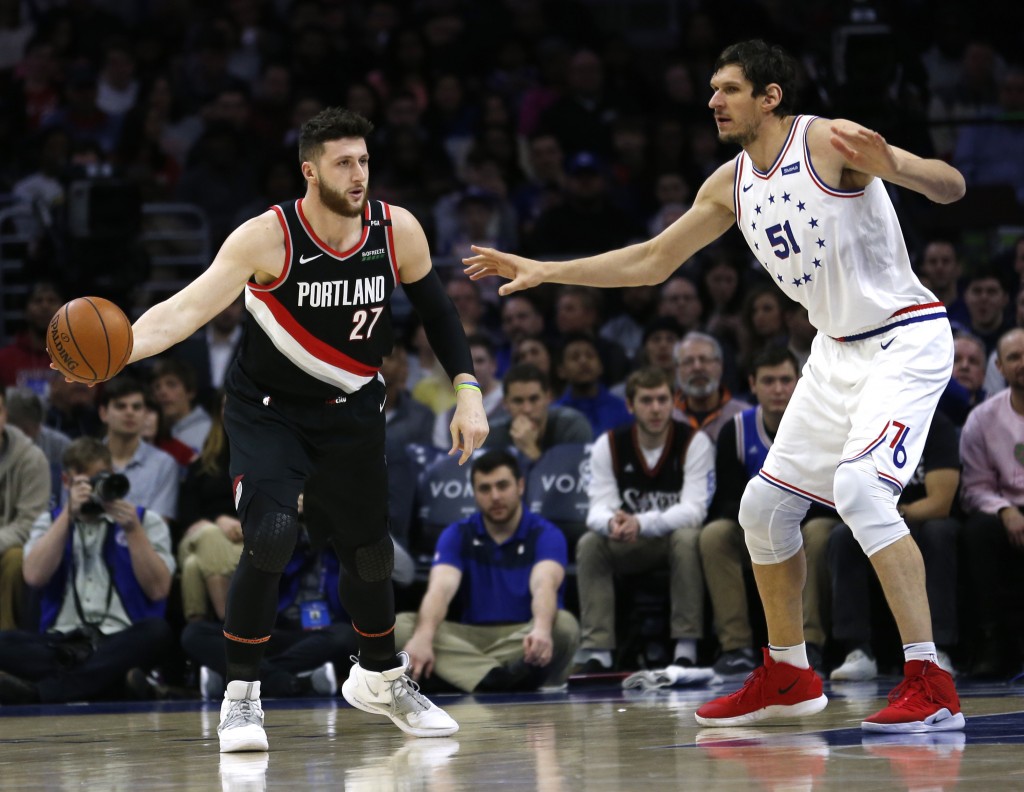 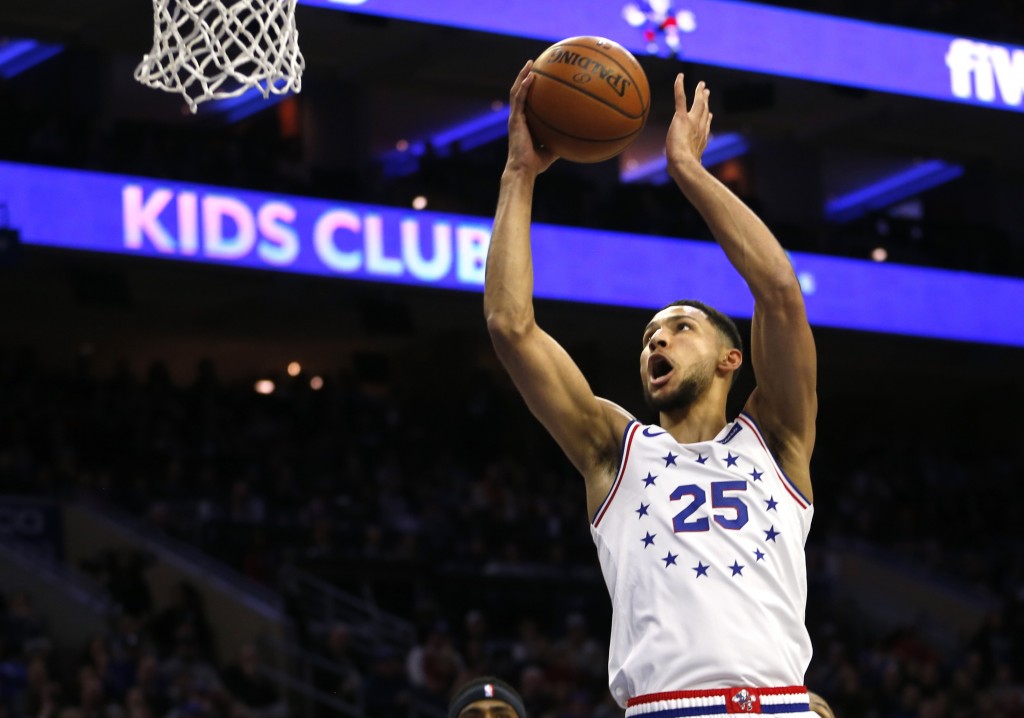 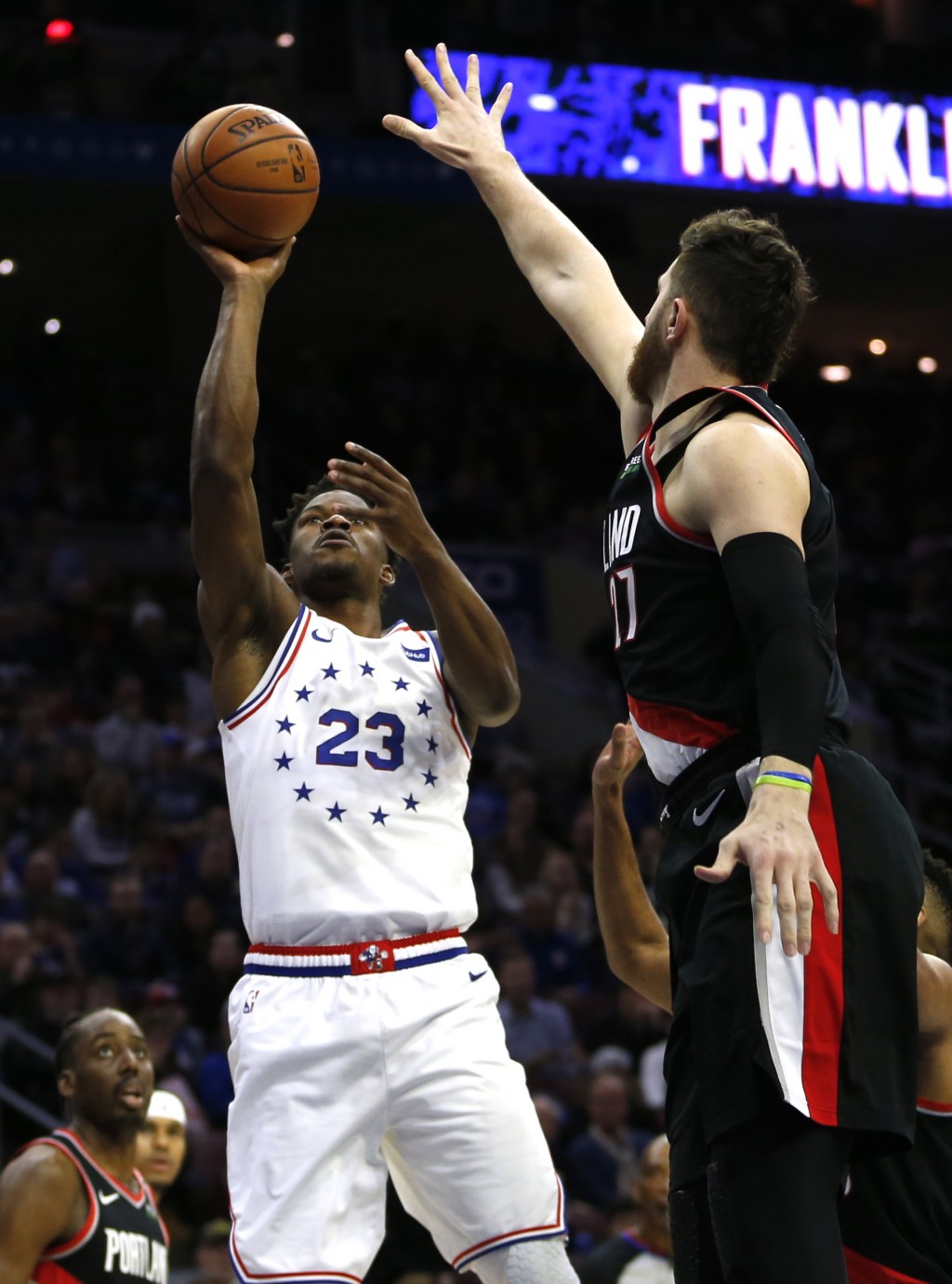 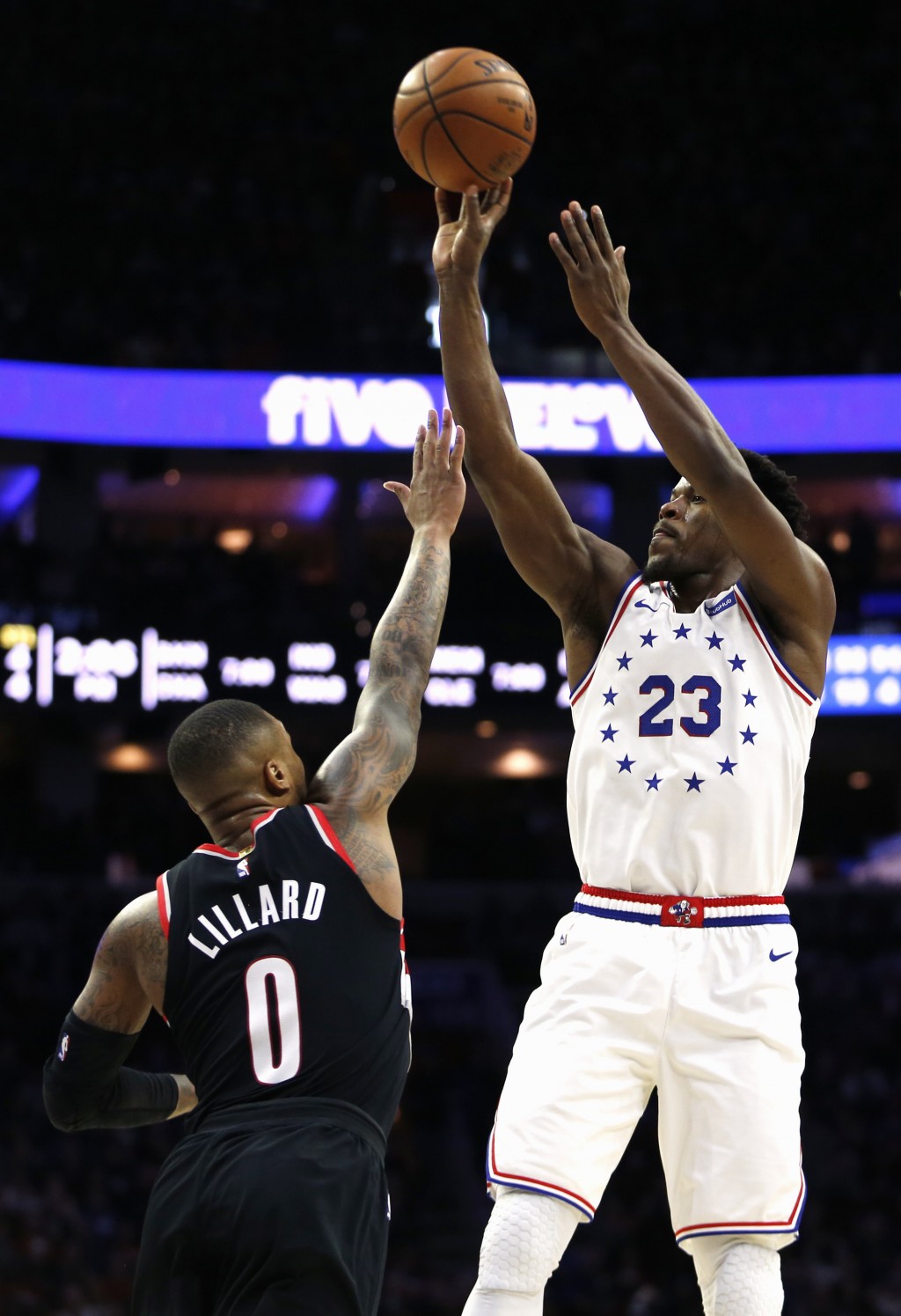 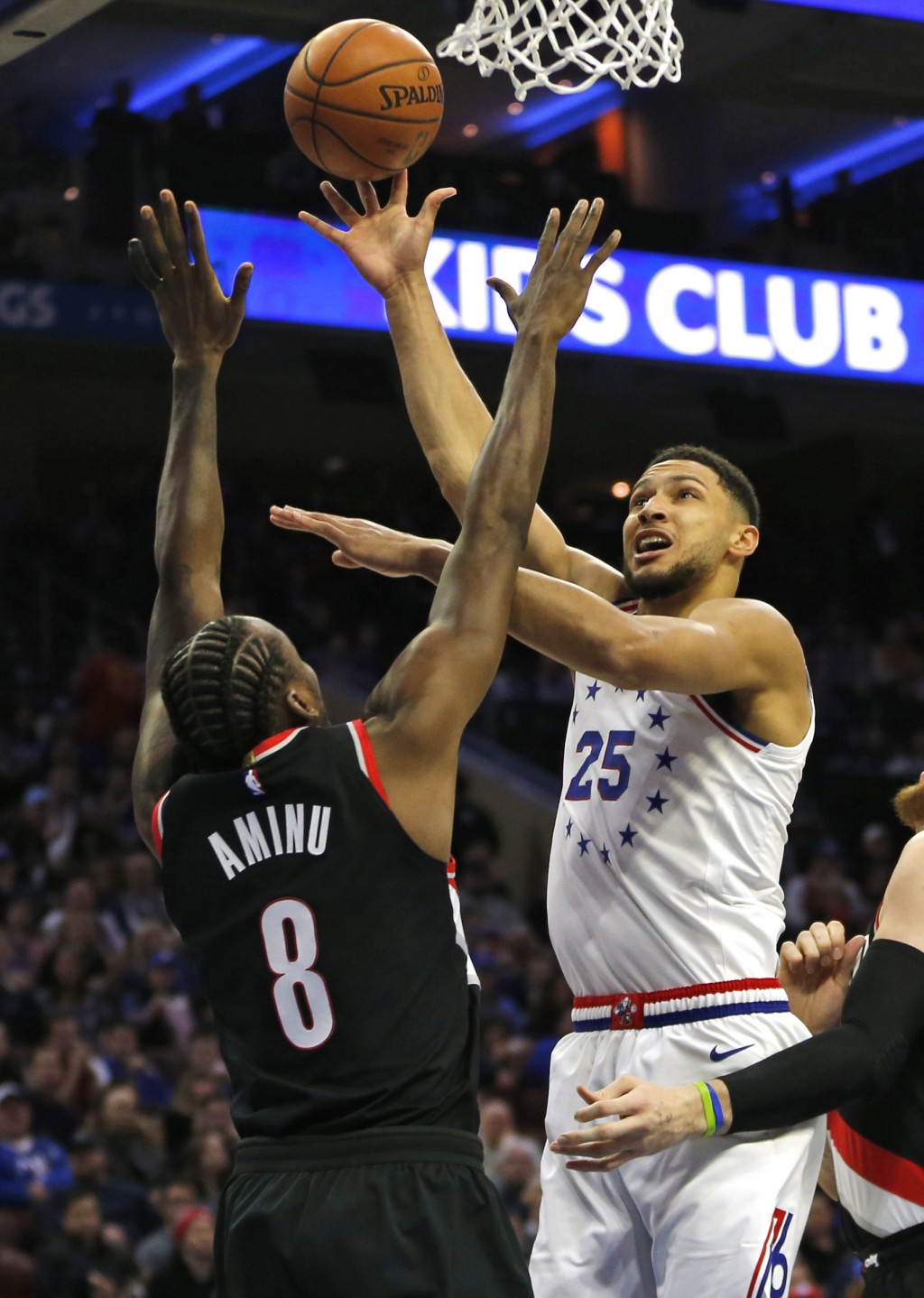 The Sixers struggled in their second game without All-Star center Joel Embiid, who is expected to miss at least a week with a sore left knee. Ben Simmons had 29 points and 10 assists and Tobias Harris scored 20.

Without Embiid, the Sixers couldn't keep up in a matchup between the fourth-place teams in each conference. The Blazers (36-23) have won three in a row, including a 22-point victory over Golden State before the All-Star break. Philadelphia (38-22) is 4-4 this month.

Portland opened the second half on a 17-6 run to build a 76-62 lead. Maurice Harkless had consecutive dunks and CJ McCollum also had a dunk in that stretch. Jake Layman's dunk off an alley-oop pass from Lillard extended the lead to 99-80, and the Blazers were up 100-82 going into the fourth.

The Sixers never challenged in the final quarter, scoring more than two straight points only once after they were already down 21.

Enes Kanter had 16 points and eight rebounds for Portland, which won at Brooklyn on Thursday night.

The game was back and forth in the first half until the Blazers outscored Philadelphia 16-7 over the last four minutes of the second quarter to take a 59-56 halftime lead. Nurkic had 10 of the 16.

Trail Blazers: Improved to 12-15 on the road. ... Kanter played in his second game with his team after being waived by the Knicks. ... G Evan Turner sat out because of left knee soreness. Turner was the No. 2 overall pick by Philadelphia in the 2010 NBA draft. ... Al-Farouq Aminu and McCollum each had 15 points.

76ers: Fell to 24-8 at home. ... Veteran Amir Johnson played four minutes and scored two points, one day after volunteering to play for the Delaware Blue Coats of the G League because he hadn't appeared in a game since Jan. 26. ... JJ Redick shot 1 of 10. ... Jimmy Butler had 15 points.