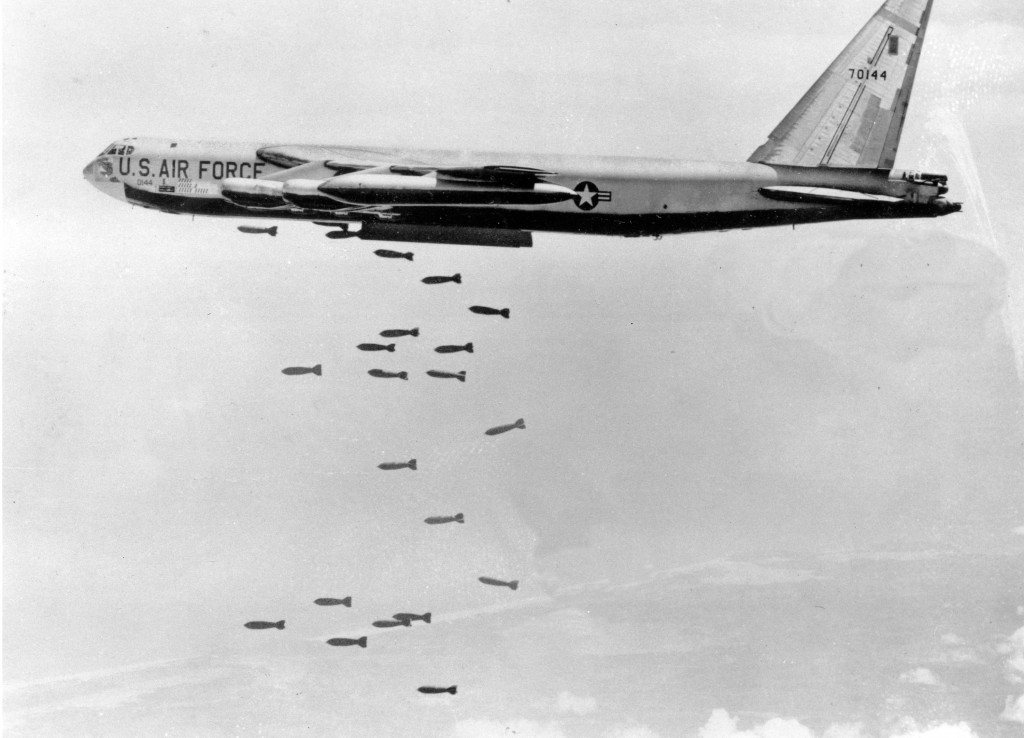 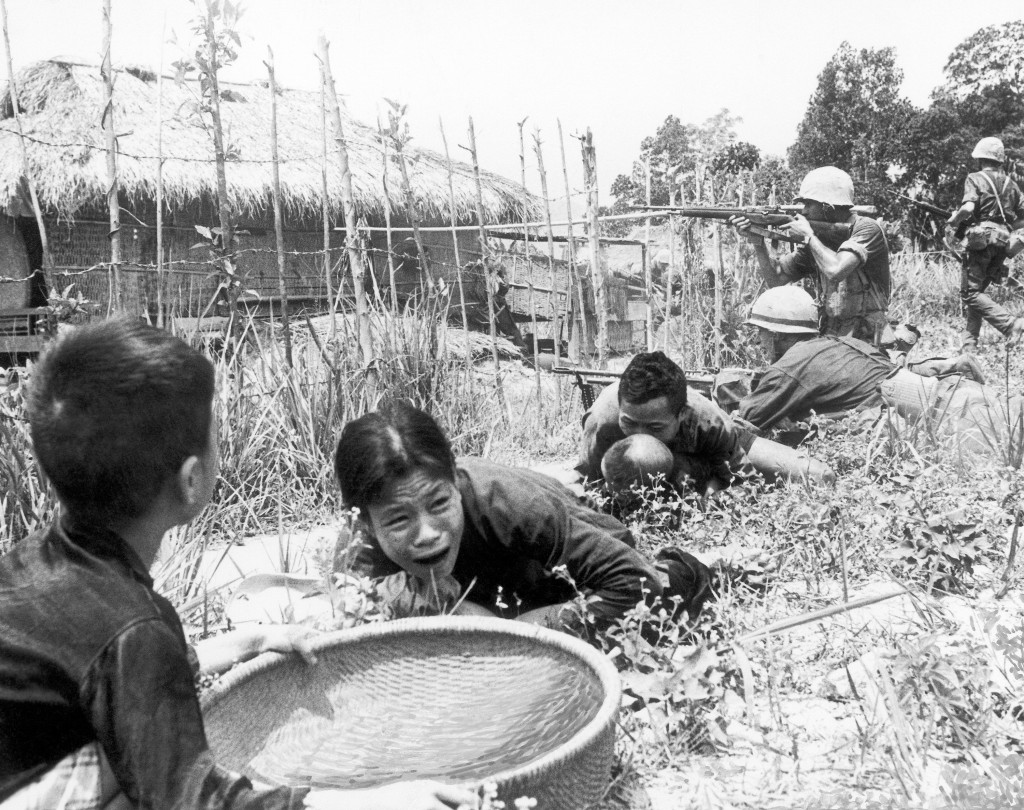 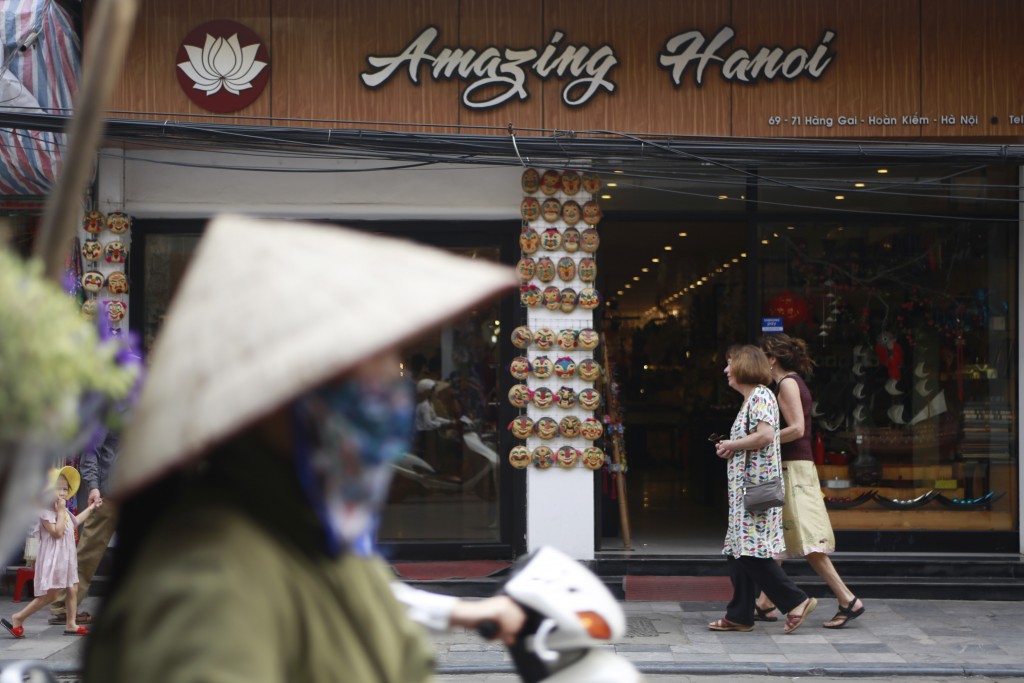 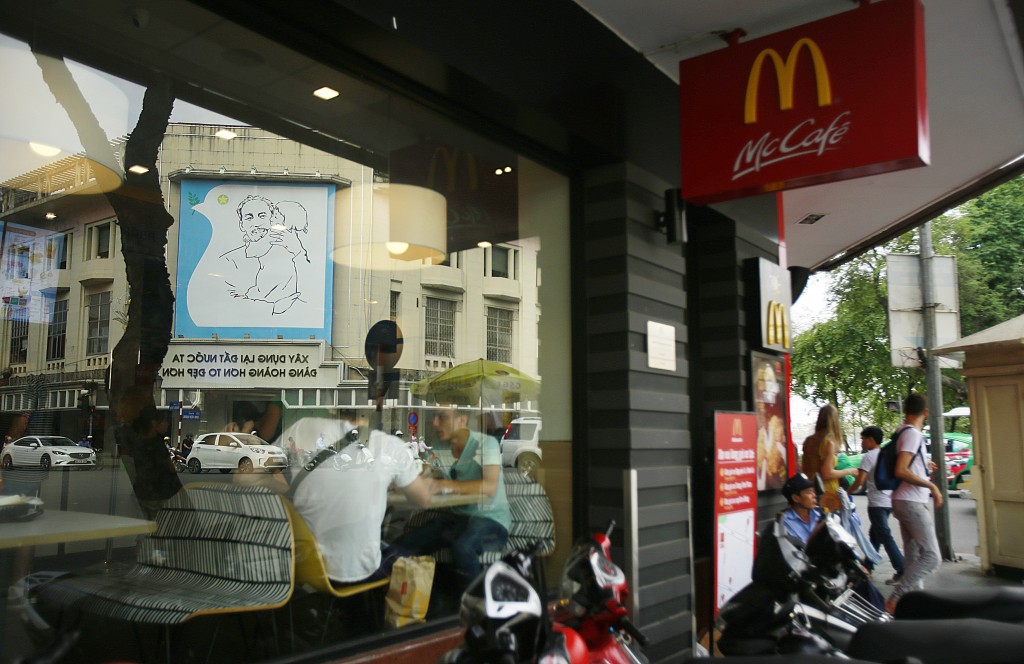 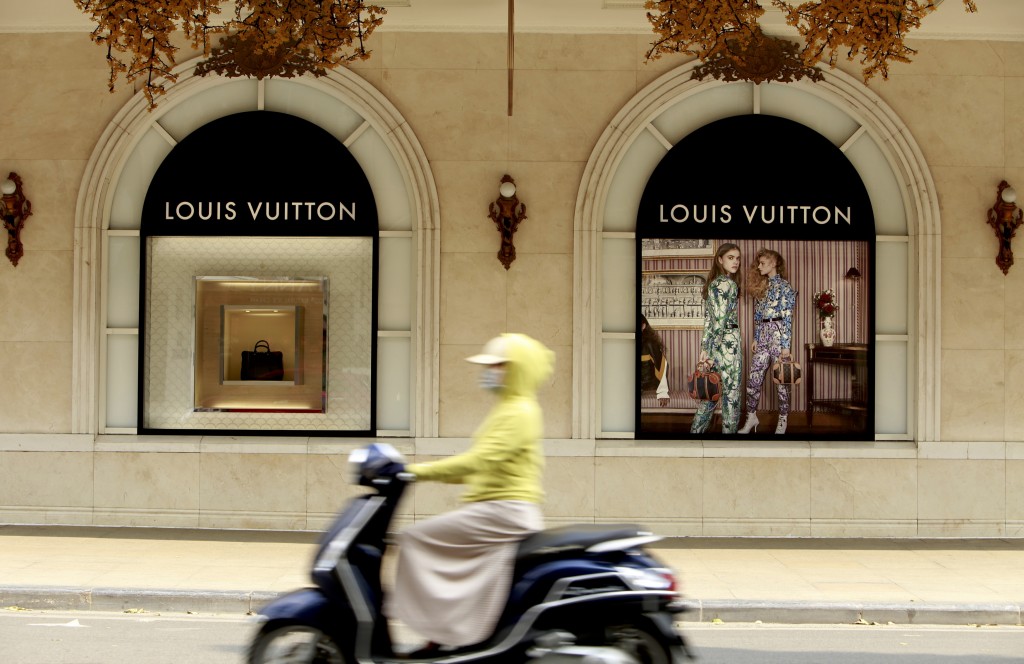 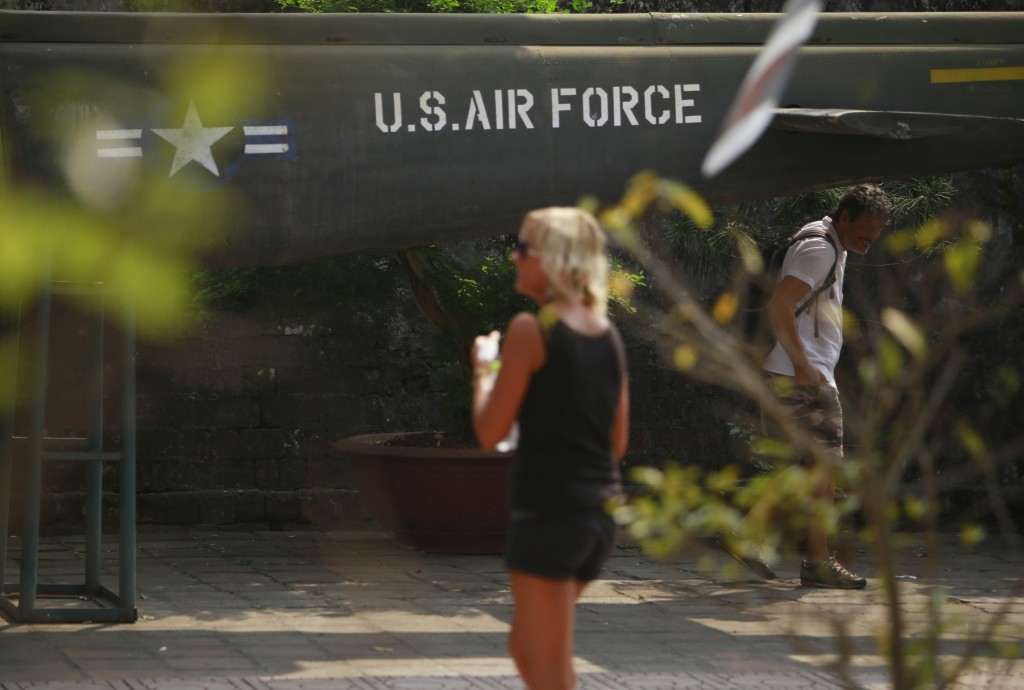 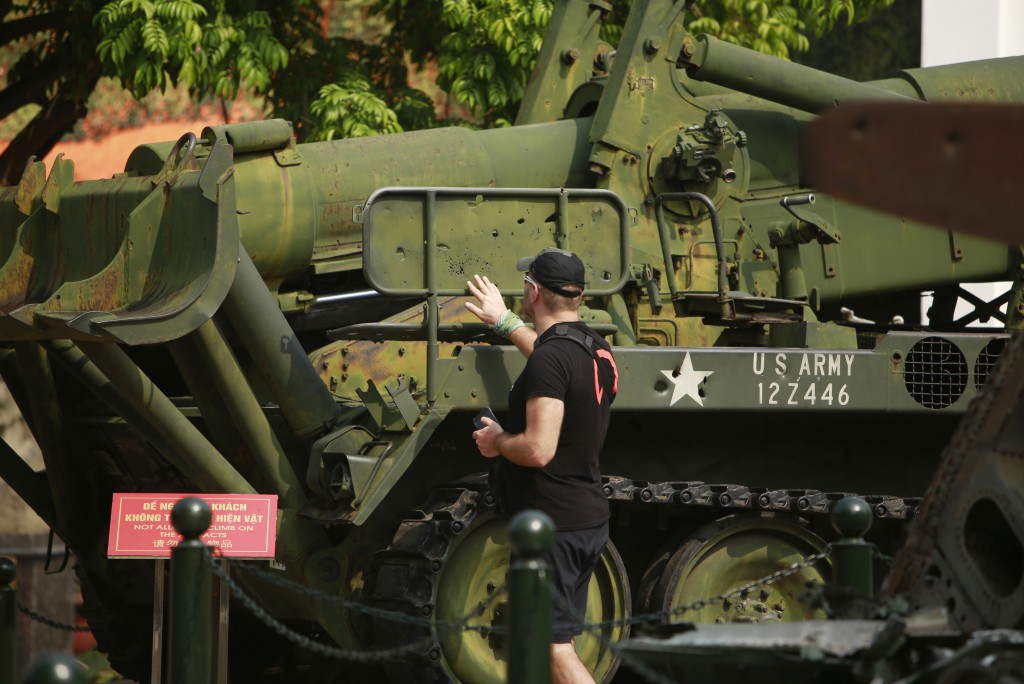 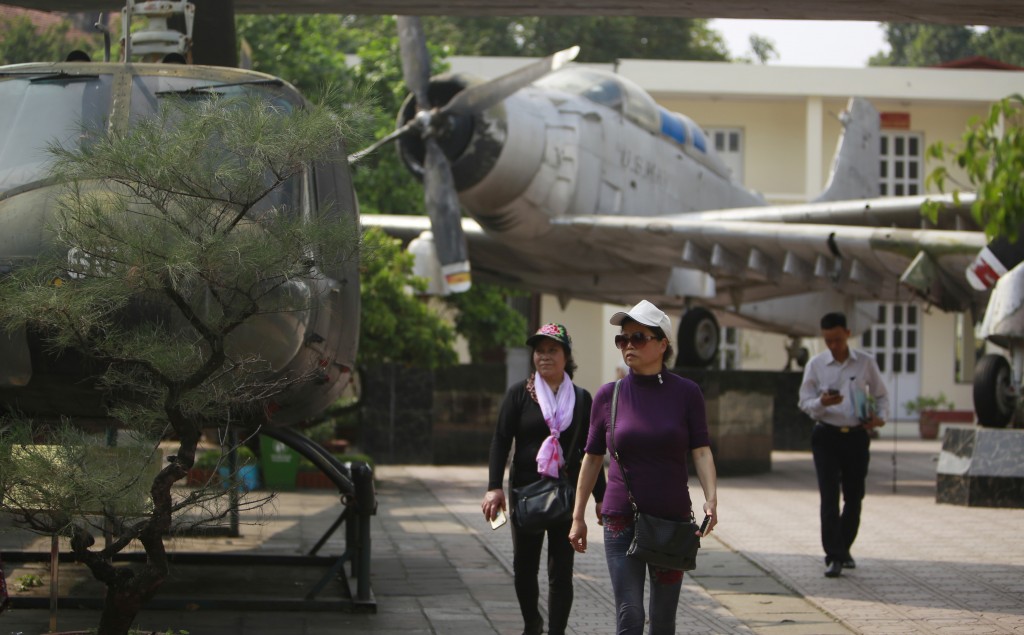 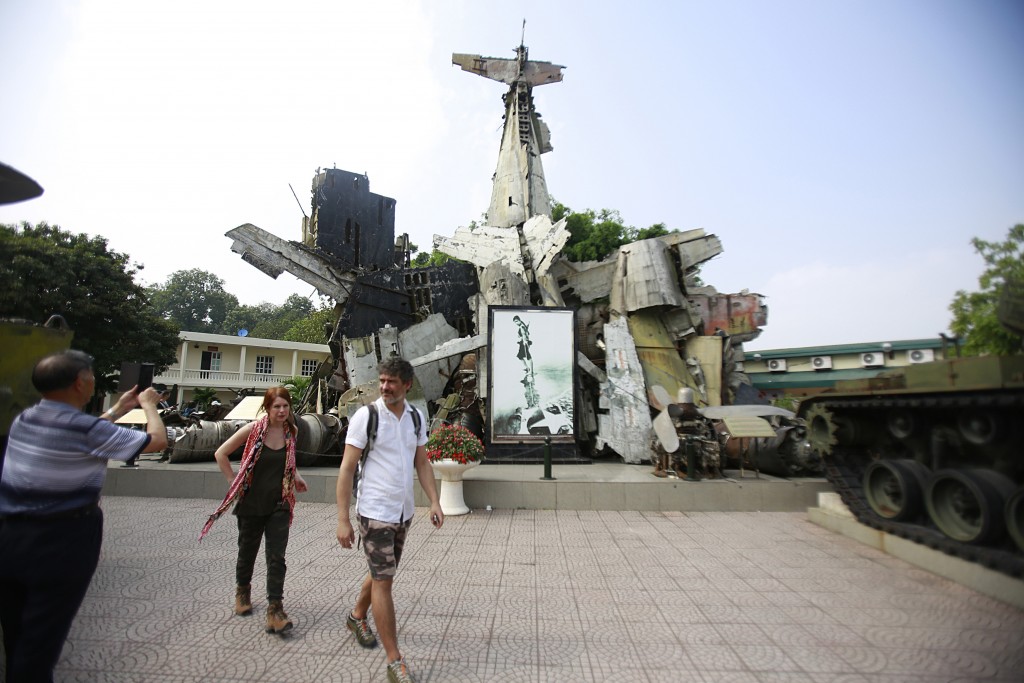 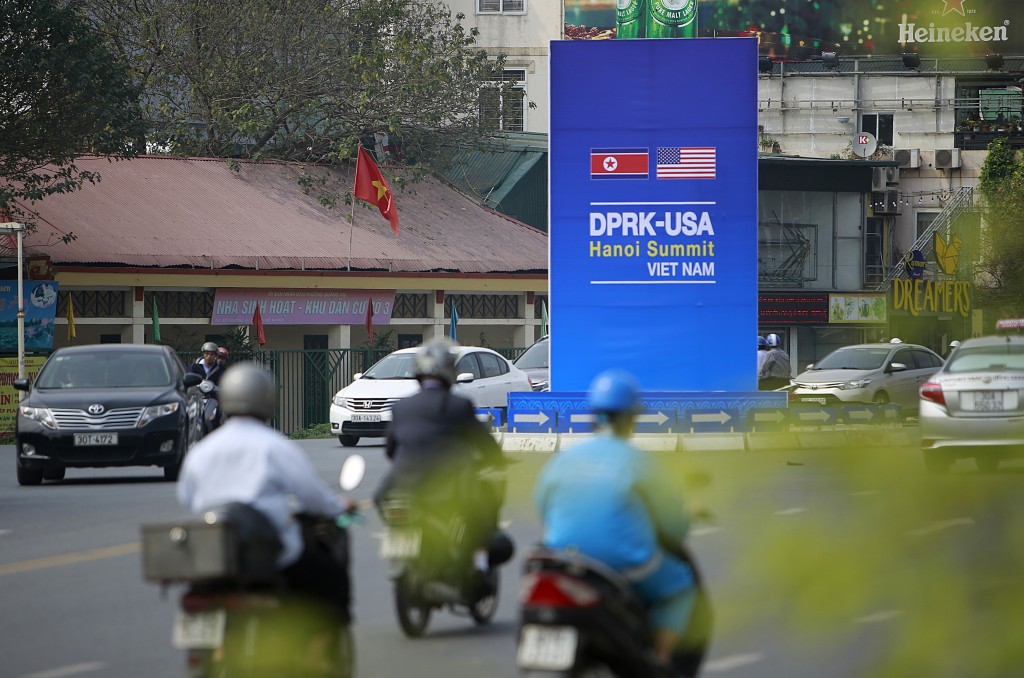 HANOI, Vietnam (AP) — The Vietnamese capital once trembled as waves of American bombers unleashed their payloads, but when Kim Jong Un arrives here for his summit with President Donald Trump he won't find rancor toward a former enemy. Instead the North Korean leader will get a glimpse at the potential rewards of reconciliation.

By the time the Vietnam War ended in 1975, tens of thousands of tons of explosives had been dropped on Hanoi and nearly two decades of fighting had killed 3 million Vietnamese and more than 58,000 Americans. Vietnam, though victorious, lay devastated by American firepower, with cities in ruins and fields and forests soaked in toxic herbicides and littered with unexploded ordnance.

Despite the conflict's savagery, what followed was a remarkable rapprochement between wartime foes and it took merely 20 years to restore full relations.

Now some hope Vietnam will offer Kim a road map for his own detente with the United States and that the formerly besieged capital city will be the site of a dramatic resolution to one of the last remaining Cold War conflicts.

While North Korea remains America's sworn enemy 65 years after the Korean War fighting ceased, Vietnam today stands as a burgeoning partner which even buys lethal U.S. weaponry. Bilateral trade has soared by 8,000 percent over the last two decades and billions of dollars in American investment flows into one of the world's best performing economies.

And while North Koreans are still taught to loathe Americans by their country's propaganda machine, in Vietnam there is little animosity.

"I was born after the war and only hear war stories from American films or books," said Dinh Thanh Huyen, a 19-year-old university student who was waiting in line at a crowded McDonald's in Hanoi. She said she was happy the former enemies have moved on. "History is for us to learn from, not to hold grudges."

Kim could take note of the history of win-win rapprochement and how Vietnam's communist leaders have allowed a capitalistic economy and an open door to the U.S. and other outsiders, all while not sacrificing their tight grip on power. Or he could allow it all to pass him by as he narrows his focus for the Feb. 27-28 summit on tit-for-tat bargaining over nuclear arms and economic sanctions.

U.S. Secretary of State Mike Pompeo spoke in Hanoi last year about "the once-unimaginable prosperity and partnership" the U.S. has come to enjoy with Vietnam and noted Vietnam was able maintain its form of government.

"I have a message for Chairman Kim Jong Un: President Trump believes your country can replicate this path. It's yours to seize the moment," he said. "This can be your miracle in North Korea as well."

To be sure, Vietnam remains a one-party state with a poor human rights record where even moderate critics and dissenters are frequently jailed.

Since the first Trump-Kim summit last June in Singapore, a few small steps have already been taken along a timeline forged by the U.S.-Vietnamese thaw, including Pyongyang turning over remains of U.S. servicemen killed in the Korean War, the first such hand-over in more than a decade.

It was the same missing in action issue that heralded U.S.-Vietnamese reconciliation, with the repatriation of American war dead creating an environment for improvement in relations in other areas.

Next came step-by-step lifting of economic sanctions, as Washington encouraged Vietnam's so-called "doi moi" reform, initiatives launched in 1986 to shed a state-run economy in favor of a market-oriented one open to foreigners.

North Korea has already shown interest in Vietnam's reforms, sending students and official delegations who returned home with favorable reports. Having enjoyed close relations with North Korea since 1950, Vietnam could be the ideal go-between in nudging Pyongyang to re-engineer its disastrous economy and turn foes to friends.

"Vietnam's model of development 'doi moi' is an important factor in the United States' larger strategy of drawing North Korea out of its self-imposed isolation as part of the larger process of denuclearizing," said Carlyle Thayer, a political scientist at The University of New South Wales.

But Thayer and other experts share strong reservations about how much of the U.S.-Vietnamese "miracle" can be duplicated. There are stark differences in the way the North Korea responded once the fighting stopped.

The North slammed shut its doors and slid into a Cold War bunker — and it remains one of the world's most isolated nations. Vietnam, however, chose to put behind its tragic past and move forward.

Not long after the war, American journalists and official U.S. delegations were allowed entry to a poor, shabby Hanoi, its lovely French colonial buildings moldering from neglect. The only clothes many men had were the baggy green uniforms and pith helmets of the North Vietnamese army. Suspicion was palpable and Westerners, including journalists, were assigned minders to keep tabs on them.

Expecting a hostile reception, the Americans were stunned at the lack of animosity displayed by the average Vietnamese, even those who had lost loved ones to U.S. bombs. Returning American veterans were often signaled out for especially warm welcomes, sometimes tearfully embracing their onetime battlefield enemies while exchanging stories of suffering.

Making such scenes possible were a set of special circumstances. Some were geo-political: Vietnam badly needed a counter-balance that the U.S. could provide to its perennial enemy — neighboring China.

This has taken on special urgency in recent years as Beijing moves aggressively to claim large swaths of the South China Sea. Telling are the exchanges between the U.S. and Vietnamese coast guards and the provision of U.S. patrol boats. Last year the USS Carl Vinson, an American aircraft carrier, made a historic port call in Vietnam, the first of its kind since the war ended.

Vietnam also no longer faced a threat from the United States, whereas North Korea perceives that it does, making abandonment of its nuclear program difficult, perhaps even in exchange for the lifting of economic sanctions.

But an underlying human element was also at work.

"During the Vietnam War Hanoi always drew a distinction between the peace-loving American people and the imperialist American government," Thayer said. "There was a basis for future reconciliation."

"The Vietnamese saw over the years of our war that many American people and veterans spoke out against the war," said Bob Mulholland, a prominent Vietnam combat veteran.

And there were powerful advocates of reconciliation, including Sens. John Kerry and the recently deceased John McCain as well as other veterans who quietly returned to Vietnam to help the shattered country.

Although the Vietnam War has begun to fade from the collective memory in both countries, it is not the "forgotten war" that the Korean conflict has long been known as. With peace and greater prosperity have come fresh connections forged by a younger generation.

Near the McDonald's in Hanoi's old quarter, not far from a Starbucks, the area is closed to traffic each weekend and entertainers, including American buskers, take to streets now strung with U.S. and North Korean flags. Vietnamese youth can be seen mingling with young American travelers.

Just a short stroll away, tourist Brian Walker was taking in Hanoi's Military War Museum, fronted by the wreckage of an American B-52 shot down while bombing the city.

"For many Americans, it may be a country of a bloody war that we took part in," said 28-year-old social worker from New York City. "But coming here, all I see is people with big smiles, good food and a beautiful landscape."