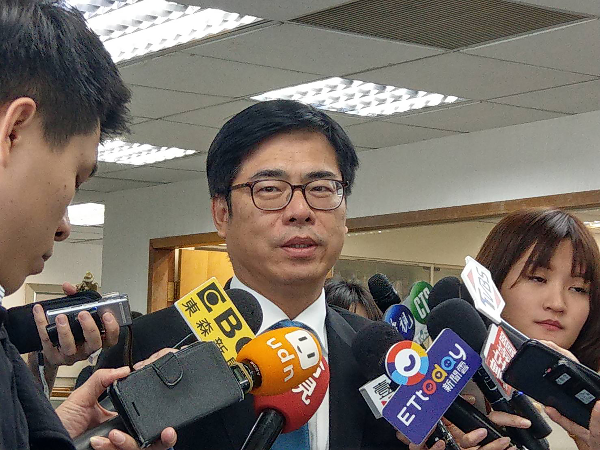 KAOHSIUNG (Taiwan News) -- The escalation in hostility towards Taiwan from the Chinese Communist Party (CCP) has been well reported, but the focus of much of the coverage has been on the possibility of a military invasion.

This is, of course, a possibility, but modern-day warfare involves troops on the ground far less often than even a decade ago. The truth is that, while communist China could decide its best interests are served by a full-blown invasion, there are other ways it could take control of Taiwan.

Cyber-attacks are one of the most likely and cost-effective means that China could seek to cause chaos in Taiwan and potentially bring the country to its knees. And this is not the prelude to some dystopian vision of the future. Taiwan is under constant cyber-attack from China as you read this.

Sources say Taiwan suffers as many as 10 million cyber-attacks a month from China and the success rate of these attacks is growing. This makes cyber-security Taiwan’s most pressing national security issue. This is not a case of protecting the country from the risk of future attacks, it is about defending Taiwan against current attacks already underway.

As such, one would expect the Taiwanese government to be treating cyber-security with the utmost seriousness. To their credit, there have been a number of extremely positive steps forward. The opening late last year of a new National Cyber Security Center was extremely good news, if somewhat belated.

But earlier this week, there was an announcement which threatened to undermine much of the good work that has been done on cyber-security in Taiwan. It was announced that Chen Chi-mai (陳其邁) had been appointed as head of the Cabinet department for information security.

Don’t worry, this article is not going to slip into a character assassination of Chen, even though his appointment to high office in the wake of his catastrophic defeat in the Kaohsiung Mayoral elections last November does give the impression of rewarding failure.

What is most troubling about Chen’s appointment is the message it sends out about how seriously Taiwan is taking cyber-security.

There are two main points of concern. Firstly, Chen has zero prior experience of cyber-security either professionally or politically. He is a former physician who has been a career politician for more than twenty years.

He is a perfectly able, if rather uninspiring figure. But at a time where cyber-security is Taiwan’s most pressing national security concern, would it not make sense to appoint a Minister who has some prior knowledge and understanding of both the complex technologies and the maze of relevant policies this role covers?

The other main concern over his appointment is that he is not even going to be taking on the role on a full-time basis. Chen was recently appointed as Taiwan’s Vice Premier. This is a hugely senior role and as such is likely to take up the bulk of his time. What proportion of his working week will be focused on cyber-security issues is not clear, but it is safe to say it will be less than 50 percent; in all likelihood it will be significantly less.

How is someone with no prior cyber-security knowledge or experience going to master their brief if they are spending the majority of their time working on other issues? It could take Chen months or even years to get up to speed, and Taiwan simply doesn’t have that kind of time.

Cyber-attacks are hitting Taiwan now. They are hurting the Taiwan Government, Taiwanese democracy, Taiwanese companies and the Taiwanese economy. There needs to be a robust response and it needs to happen now!

The internet is Taiwan's front-line in cross-straits relations. Here, the war between China and Taiwan is already underway. Chen Chi-mai is simply not the right man to lead his troops into battle. Let’s hope the Government can realize this and make the right appointment before it’s too late.