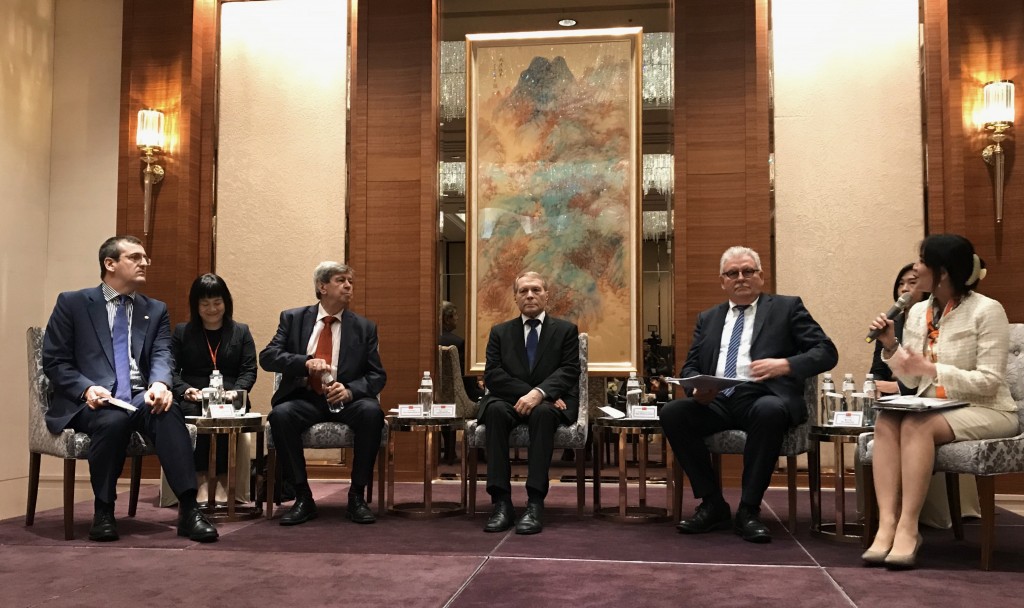 TAIPEI (Taiwan News) – The delegation from the European Parliament was wrapping up its six-day visit to Taiwan Friday with a message that it will stand in solidarity with Taiwanese people as China continues stepping up military and political pressure against the island nation.

“All cross-strait disputes can only be settled by peaceful means and dialogue on the basis of international law,” said Werner Langen, chair of the European Parliament-Taiwan Friendship Group, during a press conference in Taipei on Friday.

The group, with more than 100 members across major political parties in Europe, called an emergency debate in Brussels on Jan. 30 in reaction to Chinese President Xi Jinping’s New Year address. Xi said Beijing will not give up military actions targeting Taiwan and will seek a “one China, two systems” formula for the island.

Hong Kong’s experience has shown that “one China, two systems” is “a bad idea”, said Georg Jarzembowski, a former member of the European Parliament (MEP) from Germany. He stressed that such a political arrangement would be unacceptable for Taiwan as it is a country built by a multi-party democracy with the rule of law and respect for human rights.

“No decision about the future of Taiwan can be made against the will of Taiwan’s people,” said Langen, adding that the delegation has come to Taiwan at this particular moment to send a message of support and solidarity with Taiwanese people.

“Taiwan has many friends in Brussels among the members of the parliament and other officials,” emphasized MEP Eduard Kukan. The former Slovakian foreign minister acknowledged the constant campaigns conducted by China’s pressure or influence groups in Brussels, but said those maneuvers will not refrain the parliamentarians from doing what they believe is right.

“Taiwan is a democratic country,” said Kukan, adding that “the Chinese ambassador in Brussels can come to me 10 times, but I will say the same thing to them.”

The European Parliament-Taiwan Friendship Group arrived in Taiwan last Sunday and has since met with President Tsai Ing-wen (蔡英文), a number of government officials responsible for national security and foreign affairs, and representatives of the Kuomintang (KMT) and the Democratic Progressive Party (DPP).

Over their week-long trip, the delegation has witnessed heated debate on the island over whether Taiwan should sign a cross-strait peace treaty with Beijing, a proposal made by KMT Chairman Wu Den-yih (吳敦義), claiming a pact as such would resolve the disputes across the Taiwan Strait.

Despite having emphasized the importance of maintaining cross-strait peace, the parliamentarians declined to comment on the matter, calling it a domestic discussion with the KMT holding very different perspectives from the DPP.

The future of Taiwan should be decided freely and democratically by the Taiwanese people, said Langen.