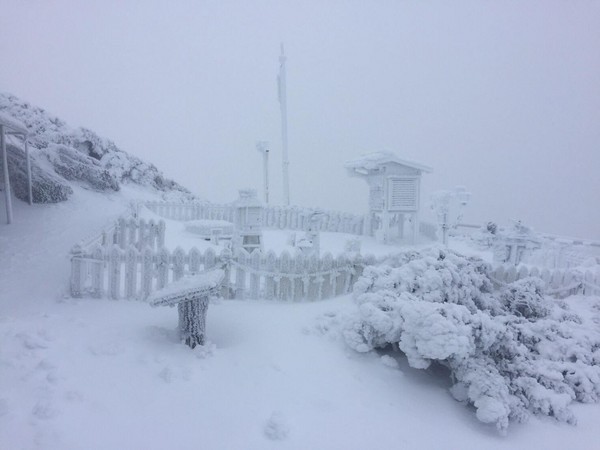 TAIPEI (Taiwan News) -- As a continental cold air mass arrives tonight, there is a "high probability of snowfall" on three of Taiwan's mountains over this weekend, according to Central Weather Bureau (CWB) forecaster Lee Meng-shuan (李孟軒).

The continental cold air mass will be affecting Taiwan until Sunday (Feb. 24), and low temperatures in northern Taiwan could dip down to 12 degrees Celsius. As rainfall is also expected over northern Taiwan, the cold temperatures could translate into snowfall on Hehuanshan, Yushan, and Xueshan.

Taiwan will begin to feel a shift in the weather today with daytime highs dropping to between 17 and 18 degrees. By nightfall, temperatures could dip to between 13 to 14 degrees and occasional showers are likely, according to the CWB.

Lee said that the impact of this cold air mass will be strongest on Saturday and Sunday (Feb. 23 - 24). In northern Taiwan, the weather will be noticeably colder, with low temperatures dipping to between 12 and 13 degrees.

In central Taiwan, the low will drop to 15 degrees, while southern Taiwan will see the mercury dip to 17 degrees. The cold front is not expected to weaken until Monday (Feb. 25), but due to the high moisture content in the air, temperatures will not rise significantly.

As for rain, Lee said that because a weather front has just passed and a continental cold air mass has just arrived, rain is likely in northern and central Taiwan throughout the weekend. Lee said the rain will likely be heaviest on Saturday evening and throughout the day on Sunday.

In regards to snow, Lee said that snowflakes are most likely to fall sometime between Saturday evening and Sunday, especially the latter. Lee said that as long as the water vapor content is adequate and temperatures cold enough, snow could begin falling.

Lee said that the temperature does not necessarily need to drop below zero degrees for snowfall to occur. He said that snow will be possible at elevations above 3,000 meters this weekend.

"The probability of snowfall on Hehuanshan, Yushan, and Xueshan is high," said Lee. If there is enough water vapor and temperatures are cold enough, there is also a possibility of snow on Monday. 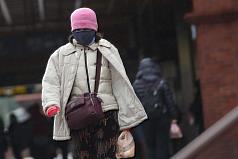