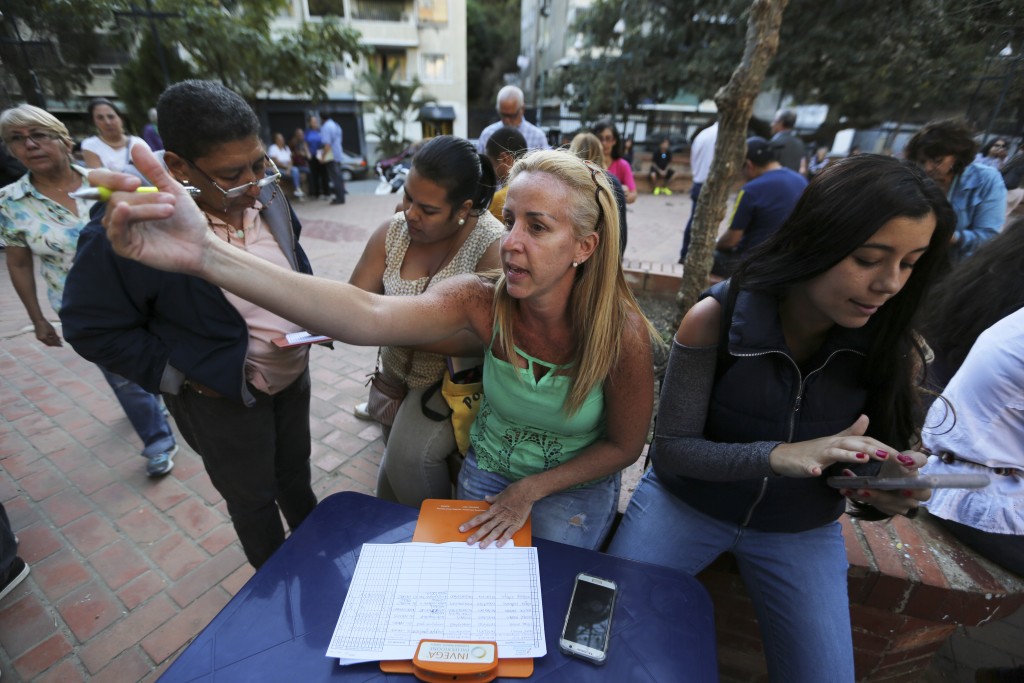 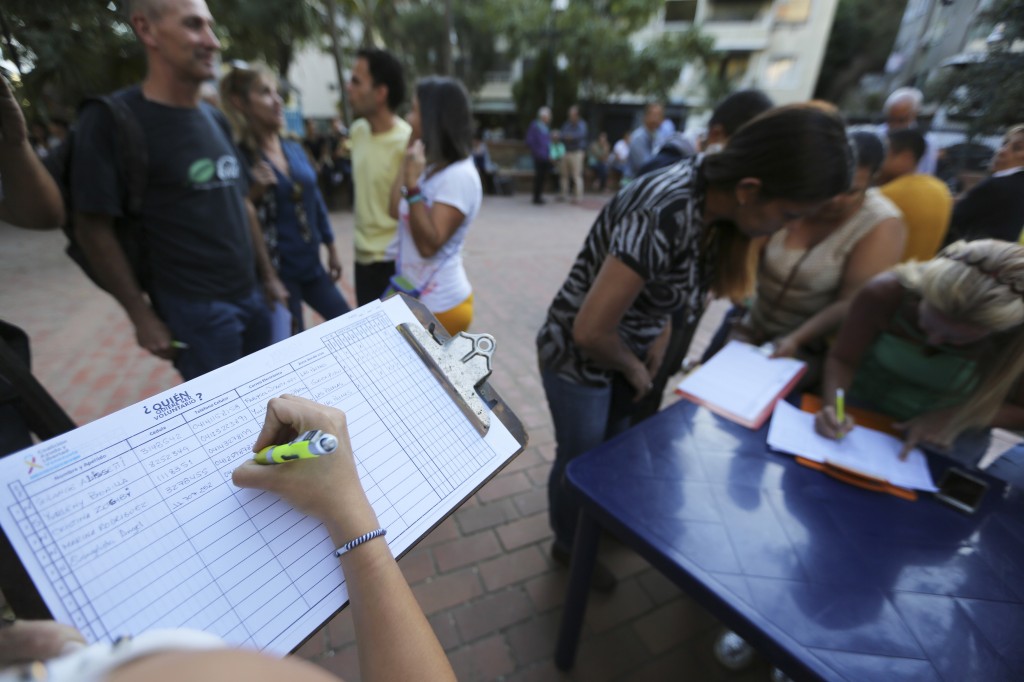 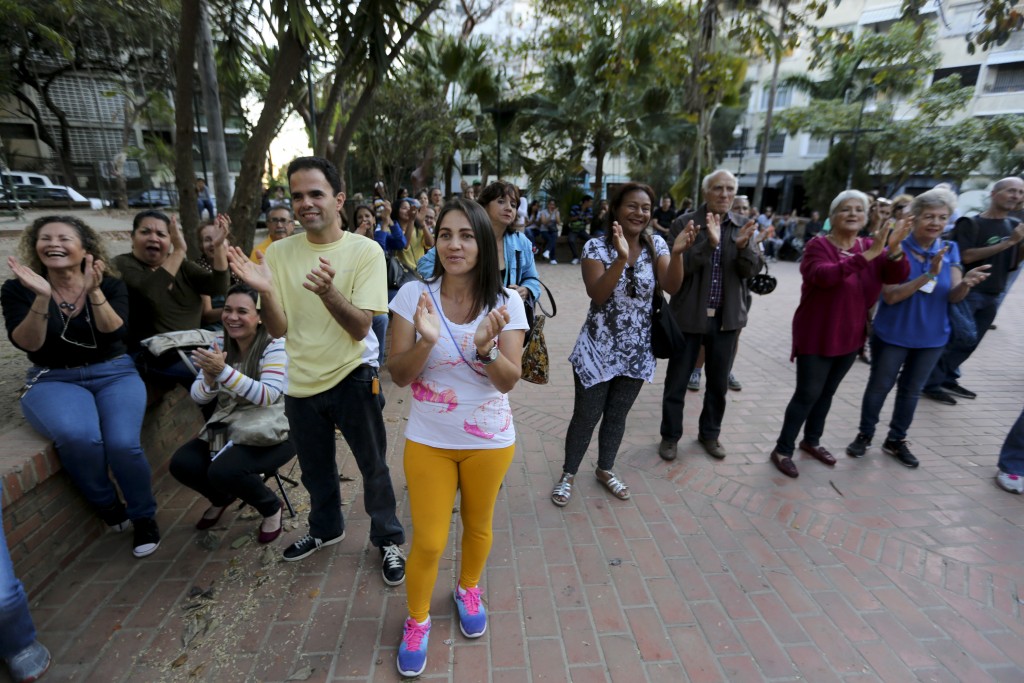 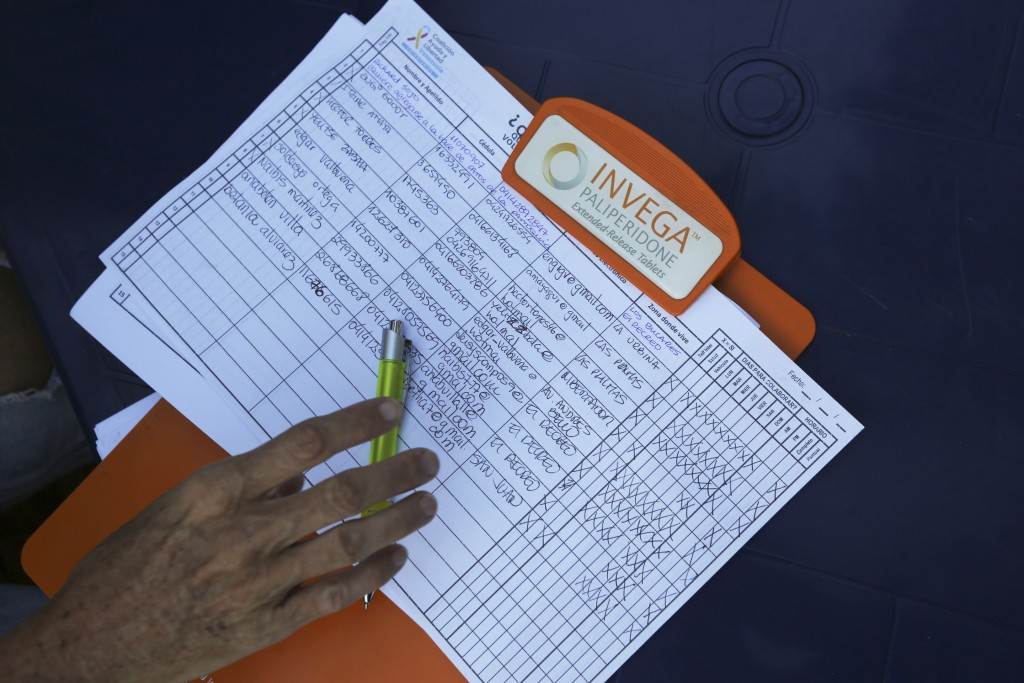 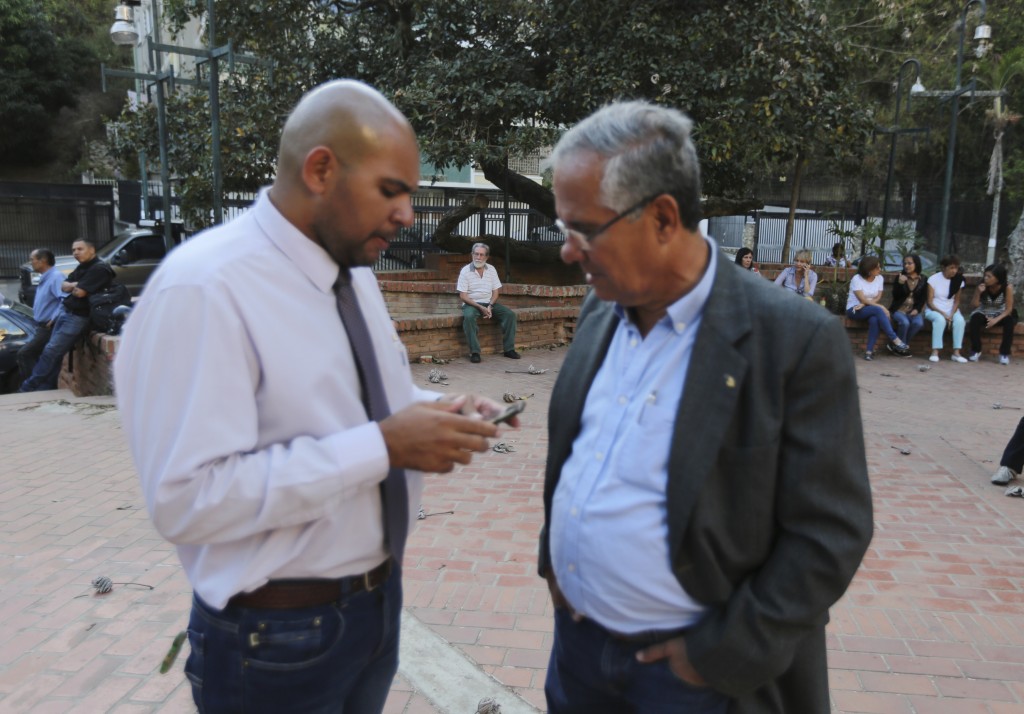 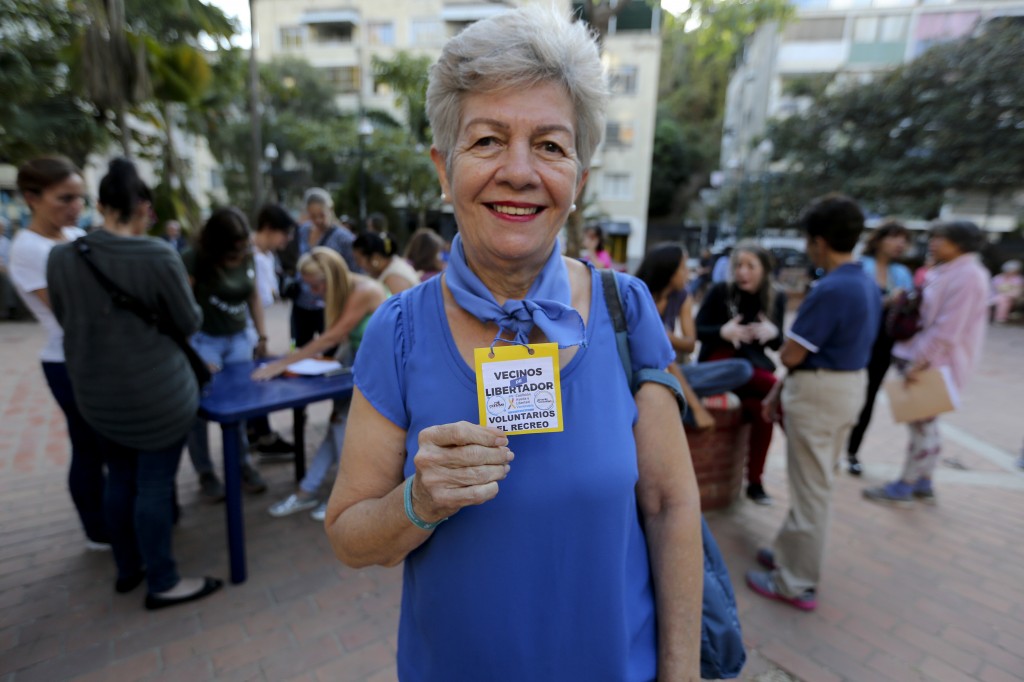 CARACAS, Venezuela (AP) — As President Nicolas Maduro deploys missiles and infantrymen to Venezuela's borders bracing for what he claims is U.S. coup plot disguised as humanitarian aid, his opponents are rallying their own troops. Nurses, doctors, engineers and homemakers have volunteered by the thousands to distribute the food and medicine in the face of a government ban.

The citizen brigade is one of the most ambitious undertakings Venezuela's opposition has attempted. The plan — to bring tons of food and medicine into the country for sick and malnourished Venezuelans — is in open defiance of Maduro, who considers it a foreign military intervention.

The volunteers anticipate running into roadblocks by soldiers who remain loyal to Maduro. They know that their chances of breaking through are slim, but they're undaunted.

"There's a lot of concern about how it's going to come into the country," said Dr. Danny Golindano, speaking to a group of volunteers through a crackly microphone at a Caracas plaza. "As health providers, it's our duty."

The opposition plans to mobilize on Saturday. Leaders say they will make a first attempt to bring the emergency food and medicine across the border from Colombia, Brazil and the Caribbean island of Curacao, all of which have been blocked by the government. Air and sea travel were halted from Curacao this week and the border with Brazil was ordered closed indefinitely on Thursday. Earlier this month, Venezuelan troops barricaded the main bridge linking the country to the Colombian border city of Cucuta, where U.S. aid is stored.

The opposition has not detailed how they will overcome those government obstacles.

Opposition leader Juan Guaido, who has declared himself Venezuela's interim president to overthrow Maduro, has called on "caravans" of volunteers to help bring in and deliver the supplies to the neediest Venezuelans. He's repeatedly called on soldiers to stand down and reject Maduro's orders blocking them, but large-scale defections haven't appeared.

Young and old, the army of aid volunteers answering Guaido's call includes hospital orderlies, lawyers, psychologists, university students and retirees. So far, more than 800,000 volunteers have signed up to help through a designated website, organizers say.

Galindano gathered dozens of volunteers one day this week at a tree-covered Caracas plaza to give them instructions on the humanitarian aid. Holding a microphone, he explained the large-scale crisis crippling medical care, a reality many have endured with their own families.

Fired from a public hospital in Caracas for reporting the deaths of eight cancer patients under unsanitary conditions, Galindano has turned to charity work to prevent more Venezuelans from dying due to lack of medicine and supplies. He now serves as a national coordinator for the Venezuelan non-profit Doctors for Health.

Addressing the crowd of volunteers, Galindano explained that once the humanitarian aid enters Venezuela, non-profit groups and churches will take the lead in distributing it. Four large hospitals will function as collection centers and distribute it to regional health centers, he said.

Alesia Santacroce, a lawyer and university professor for the past 30 years, listened closely, saying she felt compelled to volunteer, although it's unclear what role she will play. She and her mother already run a soup kitchen that provides free meals to 500 poor people every weekend.

She's among millions of Venezuelans filled with a renewed "great hope," she said, since the 35-year-old Guaido catapulted onto the national stage last month and declared himself Venezuela's rightful president — a move aimed at ending what he called Maduro's "tyranny," and backed by the United States and dozens of other countries.

"I'll go wherever I have to go to help humanitarian aid get in," she said. "I'll even go to the border."

Venezuela has been under 20 years of socialist rule, which critics blame for leading the once-wealthy oil nation to the brink of collapse. Hyperinflation and widespread shortages of food and medicine has driven more than 2 million to flee, while those staying behind struggle to afford scarce food and medicine.

Maduro refuses to step down after being re-elected last year in a vote widely criticized as fraudulent because some popular opposition candidates were barred from running. He says the United States is leading an economic war against Venezuela, and the humanitarian aid is part of a coup plot to overthrow him and rob the country of its oil wealth.

The aid standoff has prompted billionaire British mogul Richard Branson to organize a concert on Friday in Cucuta aimed at raising millions of dollars to help struggling Venezuelans and open the border. Maduro's government responded by saying it will hold its own concert on the opposite side of the border.

Opposition leader Roberto Patino, who is organizing the volunteers, said Saturday's initial foray to bring in the aid represents a "starting point." If Maduro's military blocks them, they will continue to press to open the humanitarian channel until they succeed, he said, adding that the citizen brigades will not try to force the aid into the country.

"It's about appealing to the conscience of the armed forces and officials who are on the border," Patino said. "We are doing everything possible to minimize the possibilities of repression."