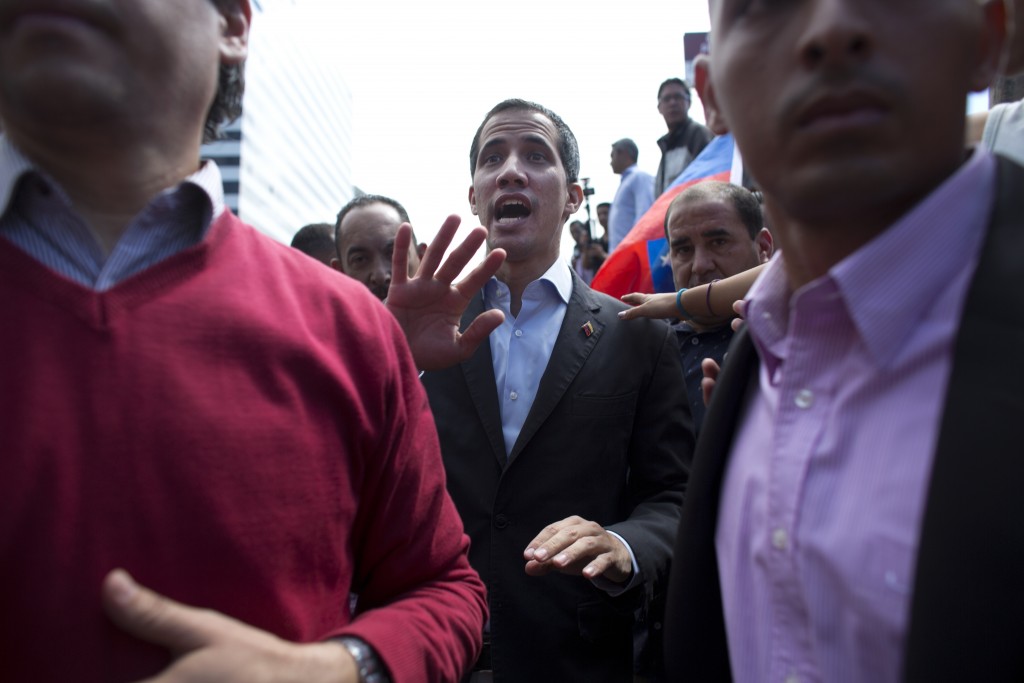 CARACAS, Venezuela (AP) — A caravan of opposition leaders is heading toward Venezuela's border with Colombia ahead of a Saturday showdown over humanitarian aid.

Lawmakers departed in three white buses from Caracas early Thursday. They were supposed to be led by National Assembly President Juan Guaido.

But the man recognized by dozens of countries as Venezuela's rightful leader was nowhere to be seen. That's led to speculation he was using the press attention as a decoy so he could travel undetected by security forces, who are expected to block the caravan's advance.

The opposition is vowing on Saturday to deliver large amounts of U.S.-supplied aid warehoused in the Colombian border city of Cucuta. President Nicolas Maduro has ordered his armed forces to disrupt their plans, considering them a ploy aimed at forcing him from power.