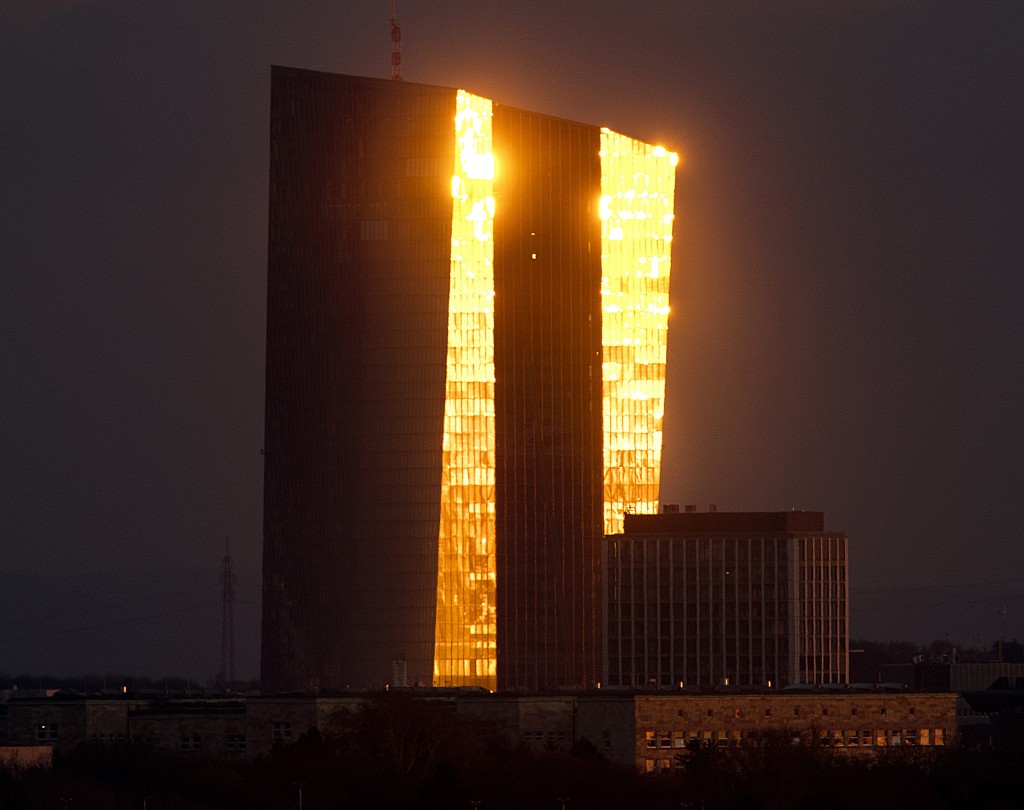 FRANKFURT, Germany (AP) — Top officials of the European Central Bank worried at their last meeting that the slowdown in economic growth might be "deeper and more broad-based" than previously suspected.

The written account of the Jan. 24 meeting released Thursday indicated the bank's 25-member rate-setting council felt they had to balance acknowledgement of worsening data with conveying confidence that the bank's stimulus policies were working.

A key concern was rising trade protectionism amid a dispute between the U.S. and China that could result in more tariffs, or import taxes, that might further slow global trade.

The ECB left interest rate benchmarks unchanged at record lows at the January meeting, but said risks to growth had increased. Analysts say the bank could delay its next rate increase, slated at the earliest for this fall, well into 2020.

The ECB also said publicly after the meeting that it was ready to use all available tools should the outlook worsen.

The bank, which is the chief monetary authority for the 19 countries that use the euro, ended a 2.6 trillion euro ($3 trillion) bond-buying stimulus program in December that pumped newly printed money into the economy over almost four years.

The bank continues its effort to support growth by keeping interest rates very low. The benchmark for lending to banks is at zero and the rate on deposits left at the ECB by commercial banks is minus 0.4 percent, a penalty aimed at pushing the banks to lend spare cash.

The ECB's caution echoed that of the U.S. Federal Reserve. Minutes to the Fed's last meeting indicated officials talked about halting the rundown of the bank's pile of bonds purchased during its own stimulus effort. Letting the bonds mature reverses the earlier stimulus.