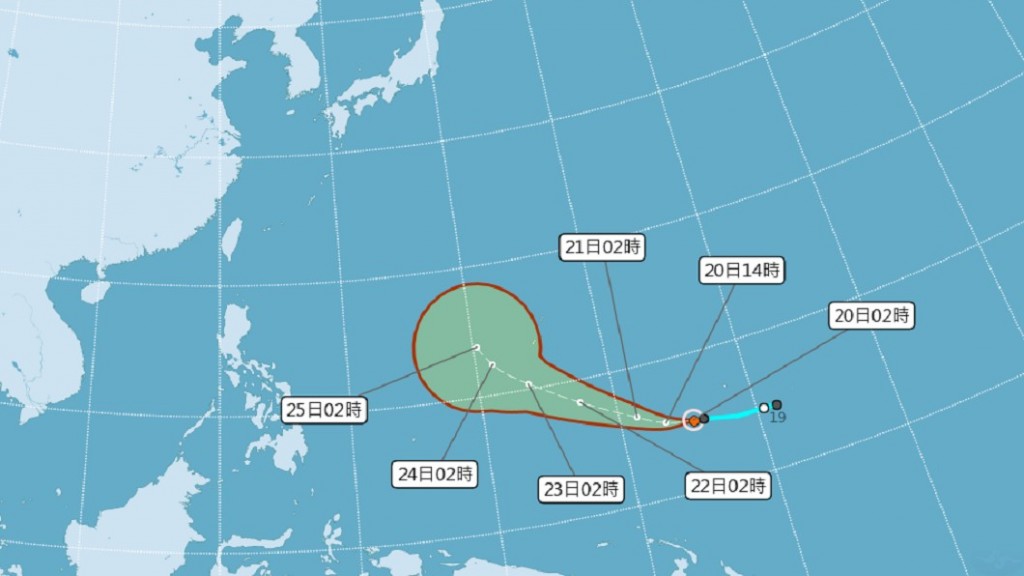 TAIPEI (Taiwan News) -- Tropical Storm Wutip (蝴蝶), the second tropical storm of the year, is expected to reach typhoon strength before passing to the south of Guam tomorrow (Feb. 21), but its future impact on Taiwan is still uncertain.

On his Facebook page, meteorologist Peng Chi-ming (彭啟明) said the intensity of Wutip will continue to increase. Peng said further observation of the storm is necessary to determine whether it could later impact Taiwan.

Meanwhile, a continental cold air mass is expected shift south toward Taiwan sometime between Friday evening (Feb. 22) and Saturday morning (Feb. 23), causing the temperature to dip down to 13 degrees Celsius. From Saturday to Sunday (Feb. 24), low temperatures in northern and northeastern Taiwan are expected to drop down to between 13 and 15 degrees, while other parts of the country will see lows range between 16 and 19 degrees, with scattered showers possibly in northern and eastern Taiwan.

From Sunday through Monday (Feb. 25), a northeastern monsoon will bring brief rain to northern and eastern Taiwan, while the rest of the country will see cloudy skies. Low temperatures during this period in central and southern Taiwan will range between 15 and 17 degrees, but the high in the north will return to about 20 degrees.

High temperatures in central and southern Taiwan will range range between 28 and 30 degrees. However, residents in these areas are still advised to beware of large temperature differences between day and night.

As for the weather today, much of Taiwan will see partly cloudy to sunny skies. Only eastern Taiwan and mountainous areas of northern, central, and southern Taiwan will see occasional showers. Low temperatures in Taiwan are expected to range between 18 and 23 degrees, while high temperatures are expected to range between between 25 and 26 degrees, with central and southern Taiwan possibly seeing the mercury climb to 30 degrees.