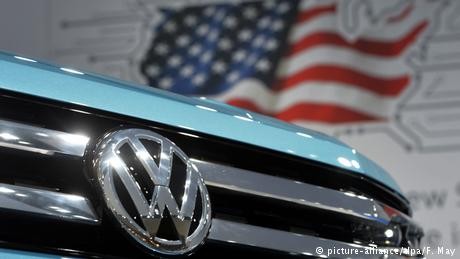 With fresh tensions boiling between US and the European Union on car imports, EU Commission head Jean-Claude Juncker said he believed there would be no immediate tariffs imposed by US President Donald Trump.

"Trump gave me his word that there would be no tariffs for the time being," Juncker told Stuttgarter Zeitung and Stuttgarter Nachrichten papers on Monday.

"I believe this pledge to be reliable," he added.

Juncker did not specify when Trump gave the alleged promise, but some reports indicated it happened at summit in Washington last summer. In turn, Juncker also made a commitment that the EU would buy more American soybeans.

EU response to be 'swift and adequate'

The EU is ready to respond if the US administration goes back on the promise, Juncker told the news outlets.

"If he breaks his word, we would no longer feel bound by our pledge to buy more US soya and liquefied gas," the EU leader added.

Earlier on Monday, EU spokesman said that the European Commission would retaliate "in a swift and adequate manner."

Trump has repeatedly pledged to boost domestic car production in the US. He blames the EU automotive industry, dominated by Germany's BMW, Mercedes, and Volkswagen, for stifling sales of American-made cars.

On Sunday, Trump received a report on the issue from the US Department of Commerce. Trump himself ordered the report in May, instructing the department to probe if car imports threatened US national security. US officials have kept the details secret.

Assuming the department found that all or some imports do harm national security, the president would have 90 days to decide whether to introduce tariffs of up to 25 percent to wean the US off those imports.

US companies say tariffs 'could set us back decades'

On Monday, the US-based Motor and Equipment Manufacturers Association urged Trump not to impose new tariffs on EU cars, saying it would put US jobs at risk. They also said they were "alarmed and dismayed" that Department of Commerce report had not been made public.

"Secrecy around the report only increases the uncertainty and concern across the industry created by the threat of tariffs," the association of car component producers said.

"It is critical that our industry have the opportunity to review the recommendations and advise the White House on how proposed tariffs, if they are recommended, will put jobs at risk, impact consumers, and trigger a reduction in US investments that could set us back decades."

The American Automotive Policy Council President Matt Blunt said higher tariffs and the EU's retaliation "would undermine — and not help — the economic and employment contributions" made by the three companies.