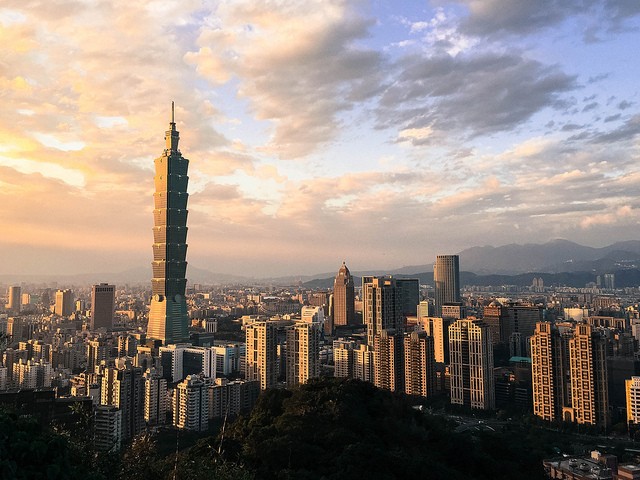 It is not surprising that many, perhaps most, people around the world do not know about Taiwan. After all, China -- with the support of more and more countries -- has isolated Taiwan diplomatically for more than forty years, and recently China has been campaigning to eliminate even the name of Taiwan as a global destination. Following the demise of Mao Zedong, China increasingly prospered and attracted business people, tourists, and students from around the world, who too often have bypassed Taiwan. Once, for example, almost everyone wishing to learn Mandarin came to Taiwan, but most now go to China.

What is more surprising, however, is that many Taiwanese themselves do not sufficiently appreciate their own country. Taiwanese often ask me with a puzzled look, why I live in Taiwan. Over time, I have come to believe this reflects both a native modesty, but also perhaps a misperception of Taiwan’s place in the world, a lack of knowledge of the extraordinary accomplishments of their own country, and to some extent therefore a lack of confidence in Taiwan. Such attitudes need to change.

TAIWAN IS A MIDDLE POWER

As Professor Bruce Jacobs, the leading Australian expert on Taiwan, first argued, Taiwan is a “Middle Power” in the world. As a country with some 23.5 million people, Taiwan has in fact more people than 77% of the world’s countries and territories, according to the CIA’s World Factbook (WF). Although Taiwan’s land area is relatively small, it is still larger than 46% of the world’s nations and territories.

Taiwan’s economic strength also ranks it as a “Middle Power.” Although under the influence of China, the World Bank states “Taiwan, China, is not listed as a separate country for World Development Indicators,” we know from other sources that, according to 2017 estimates, Taiwan ranked 22nd in the world in total GDP in Purchasing Power Parity (PPP) terms. In per capita GDP (PPP) – which many economists regard as a better measure of an economy’s strength -- Taiwan ranked 28th in the world, better than Australia (29), Canada (34), the UK (39), France (40), Japan (42), South Korea (46), Israel (55), and China (105) (WF).

Although Taiwanese often complain about their country’s wealth gap, Taiwan’s GINI Index (which measures the gap between the rich and the poor) indicates it actually ranks in the top third of countries with the smallest gaps. Out of 156 countries and territories ranked in the WF, Lesotho and South Africa are in 1st and 2nd place respectively with the greatest gaps, but other places not doing well either are Hong Kong (9), China (31), Malaysia (32), Singapore (38), and the U.S. (41). Taiwan, however, ranks in 112th place.

TAIWAN IS ALSO A LEADER IN TECHNOLOGICAL INNOVATION

The U.S. Patent and Trade Office (USPTO) reports that Taiwan ranked 5th in the world in 2015 and 2016 and 6th in the world in 2017 and 2018 in the number of patents granted by the USPTO. Only the U.S., Japan, South Korea, and Germany, and more recently China, surpassed Taiwan. This is all the more remarkable considering Taiwan’s much smaller population.

Taiwan is also a world leader in new technologies like nanotechnology. It ranked 4th in 2016 and in 5th in the world in 2017 (the last year for which statistics have been published) in USPTO nanotechnology patents. According to Taiwan Today on February 16, 2019, Taiwan maintained its global lead in integrated circuit 200mm-equivalent wafer fab capacity for the 4th consecutive year. Based on a report by the semiconductor research firm IC Insights Inc., as of December 2018, Taiwan enjoyed a global share of 21.8%, ahead of South Korea (21.3%), Japan (16.8%), North America (12.8%), and China (12.5%).

Taipei itself ranked 1st in Asia and 5th among the world’s most technologically advanced 85 cities, according to a study commissioned by Business Insider published on Aug. 8, 2017 based on such factors as the number of patents filed per capita, number of startups, and the level of smartphone use. Taipei, the only Asian city in the top 5, led other cities in industrial design, hardware, the number of headquarters of some of the largest PC companies, and the number of venture capitalists.

Aside from its many excellent universities, Taiwan has also scored 4th is the world in science and math in the influential “Program for International Student Assessment” test rankings in 2015. The exams, run by the Organization of Economic Cooperation and Development, are given every three years to 15-year-olds in more than 70 countries.

Economic and technological achievements are not, however, the only reasons why Taiwan is such a great success and such a great place to live. Taiwan is also a vibrant democracy, where freedom, rule of law, and human rights are all fostered and protected. This is something which the U.S. officials who negotiated establishing relations with the PRC never foresaw. In fact, while the seeds of democracy were always here, Taiwan’s transition to democracy really only took 10 years -- from 1986 to 1996 -- an amazingly quick transition. It is hardly surprising therefore that since 1996 Taiwan’s democracy has only grown stronger. In Freedom House’s 2018 survey of global freedom, Taiwan ranked tied for 8th place in freedom out of 210 countries in the world. Embarrassingly enough, the United States only ranked tied for 15th place. Taiwan’s aggregate freedom score was 93 out of 100; the U.S. 86; Hong Kong 59; and the PRC 14.

Freedom indeed plays a key role in the quality of life in Taiwan. In the annual, originally UN-initiated World Happiness Report for 2018, Taiwan ranked 1st in Asia in “happiness,” ahead of Singapore (34), Japan (54), South Korea (57), Hong Kong (76), and China (86), and ranked 26th in the world overall among 156 countries and territories. The six key variables on which the rankings are based are those found to support a sense of well-being: freedom to make life choices, per capita income, social support (caring and having someone to count on in times of trouble), healthy life expectancy at birth, generosity, and perceptions of corruption (which indicates good governance, honesty and trust).

While Taiwanese generally appreciate the benefits their country affords them -- whether virtually free health care, free or very inexpensive education, convenient transportation, accessible cities, excellent restaurants, wonderful cultural opportunities, and great scenery -- they don’t always appreciate how attractive life in Taiwan also is to foreigners. But there is considerable evidence that foreigners really like Taiwan as well.

Among all the countries in the world where expatriates live, Taiwan Ranked 1st in 2016, 4th in 2017, and 2nd in 2018 in the online “InterNations Expat Insider” survey of “Best Countries for Expats.” In 2018 Taipei also ranked 1st in the quality of urban living, and also scored in the top five for all indices in InterNations expat city ranking. The report highly praised Taipei, saying that no expats in the other ranked cities were as satisfied with the availability, affordability, and quality of medical care, as well as local transportation and personal safety. (Numbeo’s Crime Index for 2019, based on online surveys, similarly ranked Taiwan as the 4th safest country in the world, after Qatar, Japan and the United Arab Emirates.)

The InterNations survey also gave Taipei a 1st place ranking in 2018 for the general friendliness of the Taiwanese and their positive attitude toward foreign residents. An overwhelming 94% highly rated the general friendliness of locals in Taipei. Likewise, customers of Booking.com -- one of the largest e-commerce travel companies -- selected Taiwan as the 5th most friendly country in the world in 2018.

As the Taiwanese people consider the future of their country, it is necessary that they appreciate and value the extraordinary success they have already achieved.

It is also necessary that those who are too willing to dismiss Taiwan as a country worth helping to support and defend also understand Taiwan’s unique achievements.