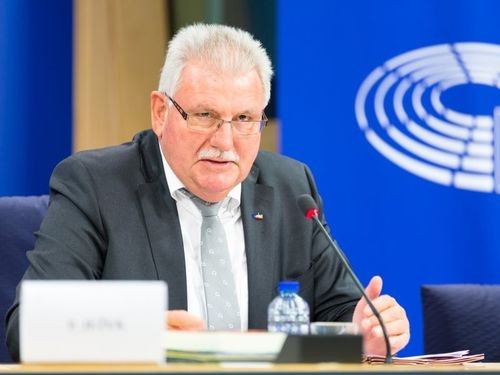 Werner Langen, chairman of the European Parliament Taiwan Friendship Group (TFG), and his delegation arrived in Taiwan for a six-day visit.

They will be received by President Tsai Ing-wen (蔡英文), Legislative Speaker Su Jia-chyuan (蘇嘉全) and other top Taiwan officials during the visit, according to a statement issued by the Ministry of Foreign Affairs (MOFA) that day.

In addition, Belder, Kukan and Preda are slated to receive the Friendship Medal of Diplomacy from Minister of Foreign Affairs Joseph Wu (吳釗燮), the statement said.

Meanwhile, Langen will also receive a honorary doctorate of political science from Soochow University and is invited to give a speech on Taiwan-European Union relations, the statement said, adding that he is also expected to visit the National Palace Museum and Gogoro Taiwan Limited.