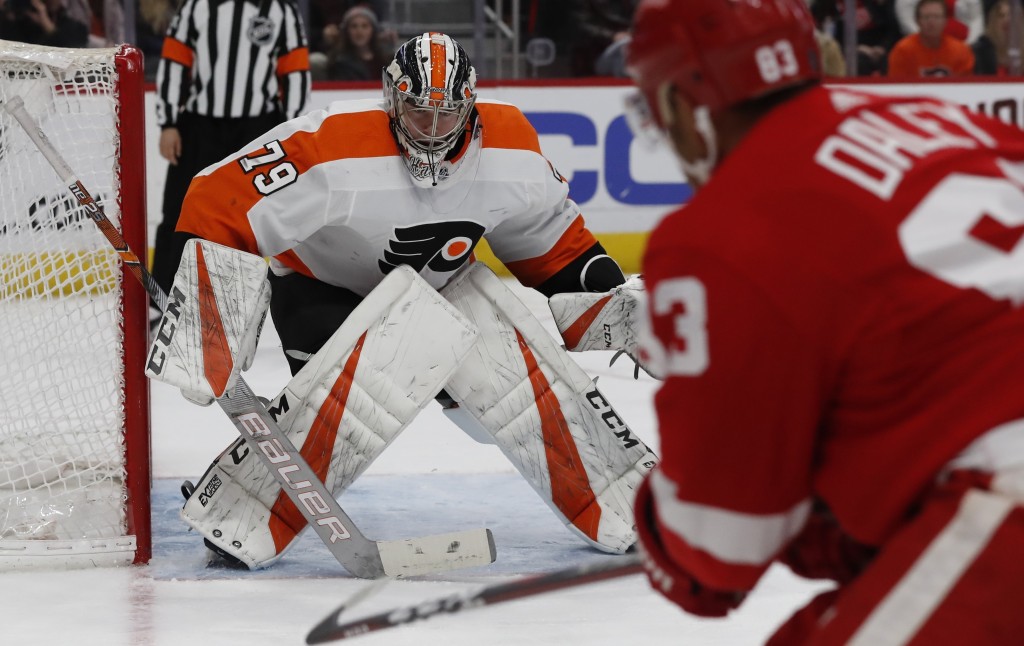 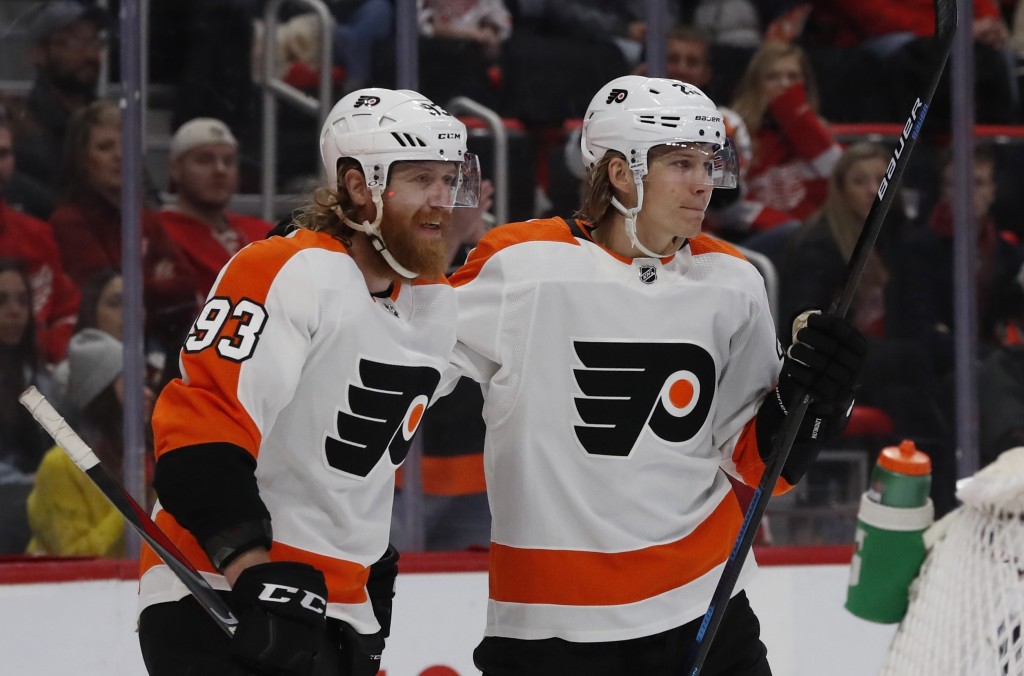 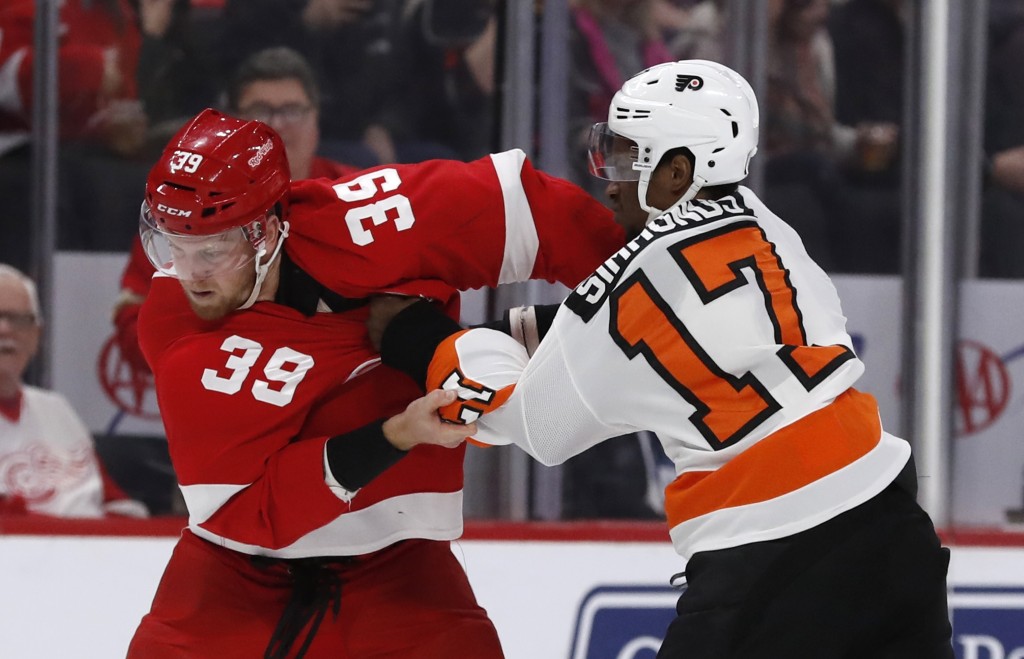 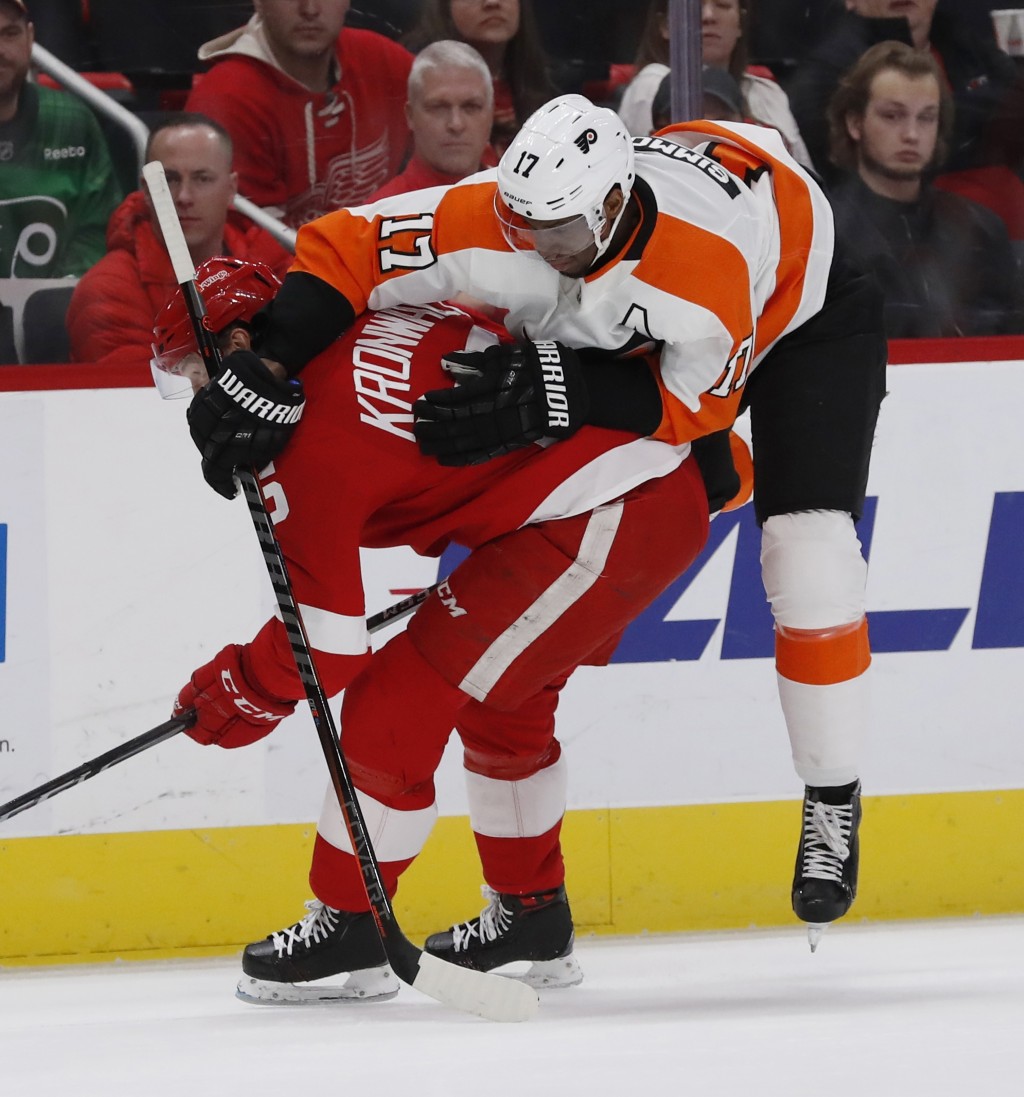 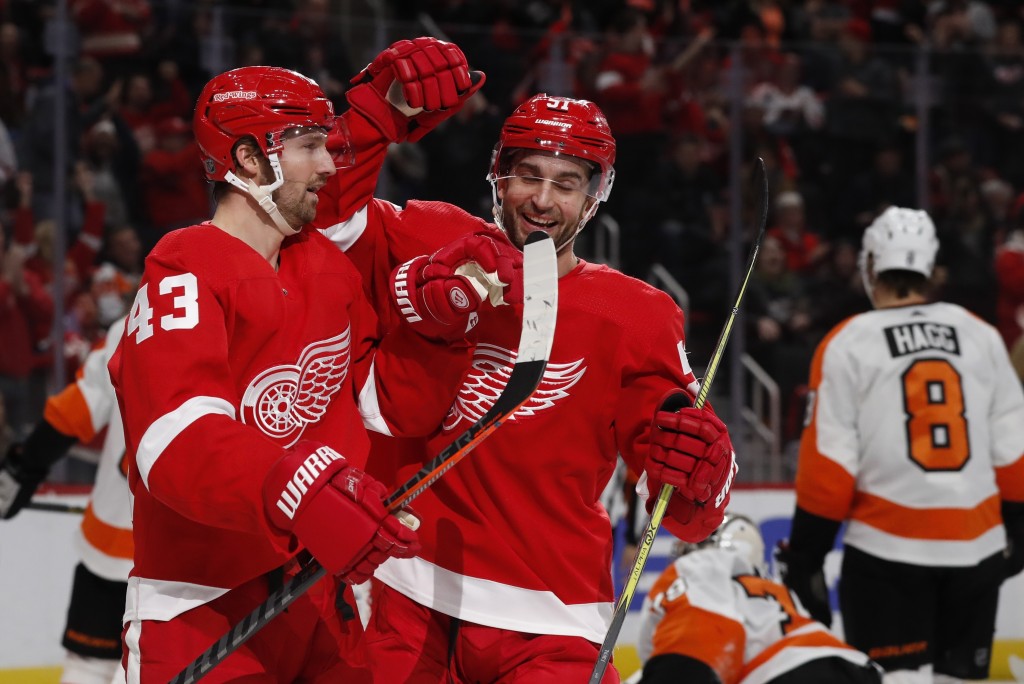 DETROIT (AP) — Ivan Provorov scored a tiebreaking goal early in the third period and Oskar Lindblom had two goals, lifting the surging Philadelphia Flyers to a 3-1 win over the Detroit Red Wings on Sunday night.

The Flyers have won 12 of their last 14 games, moving into contention for a wild card in the Eastern Conference playoffs or perhaps for one of the three guaranteed postseason spots available in the Metropolitan Division.

Lindblom scored early in the game and had an empty-net goal with 1:26 left. Rookie Carter Hart finished with 37 saves.

Darren Helm tied the game early in the second period and on a night the Red Wings failed to score despite a lot of shots.

Jonathan Bernier started and stopped 10 shots in the first period for the Red Wings before leaving the game with an upper-body injury. He was replaced by Jimmy Howard.

The Red Wings have lost five of seven, moving closer to being eliminated from postseason race for a third straight year.

NOTES: Flyers D Philippe Myers made his NHL debut. ... Red Wings C Frans Nielsen returned to the lineup after being out for one game with a stomach virus. ... Since Jan. 14, Carter has won 10 of 11 games.