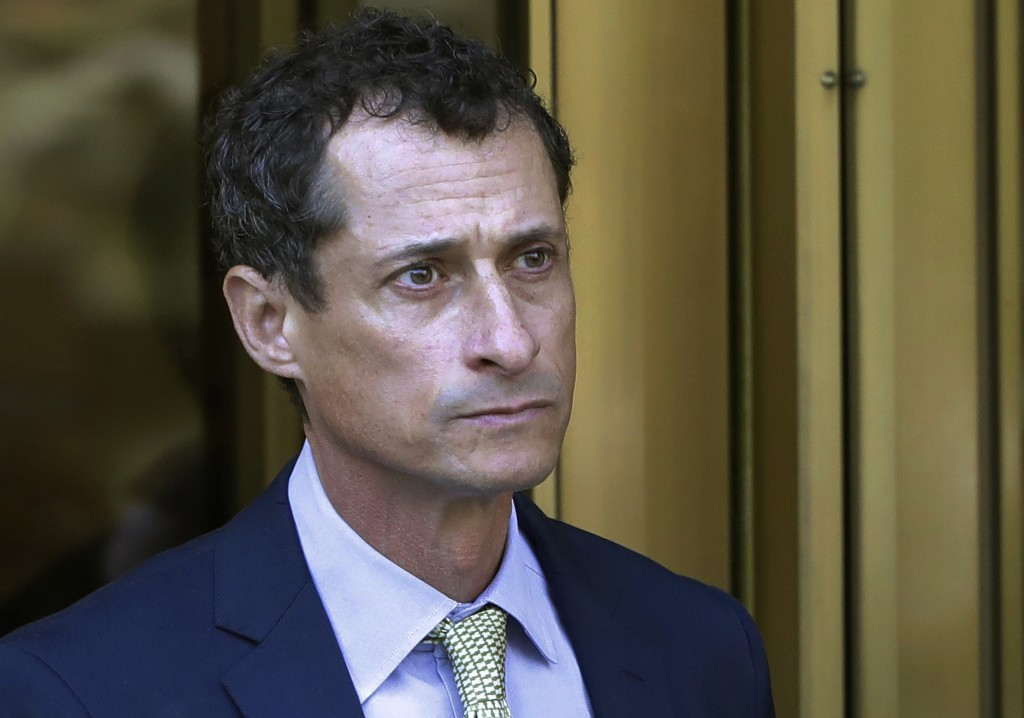 The New York Democrat, a once-rising star who also ran for mayor, was convicted of having illicit online contact with a 15-year-old North Carolina girl in 2017. He began serving a 21-month prison sentence that November at the Federal Medical Center Devens, located about 40 miles (64 kilometers) west of Boston in Ayer, Massachusetts.

The Federal Bureau of Prisons website now shows Weiner is in the custody of its Residential Re-entry Management office in Brooklyn, New York. It's not immediately clear when he was transferred and where he's currently staying. Emails were sent to the bureau, federal court in New York and Weiner's lawyer requesting comment.

The bureau website shows Weiner is slated to complete his sentence May 14.