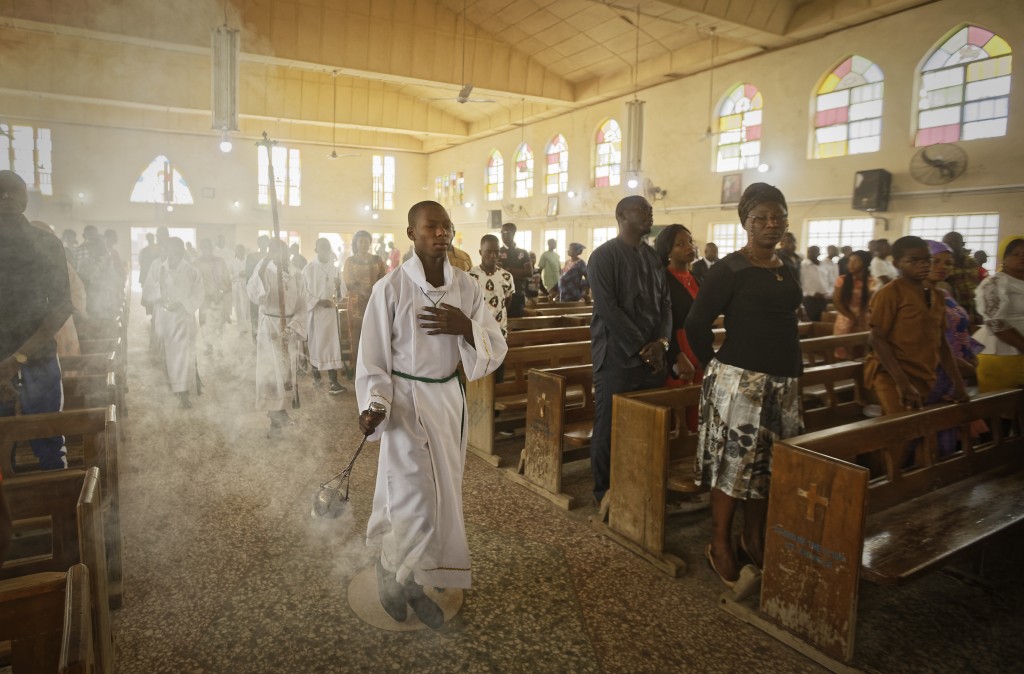 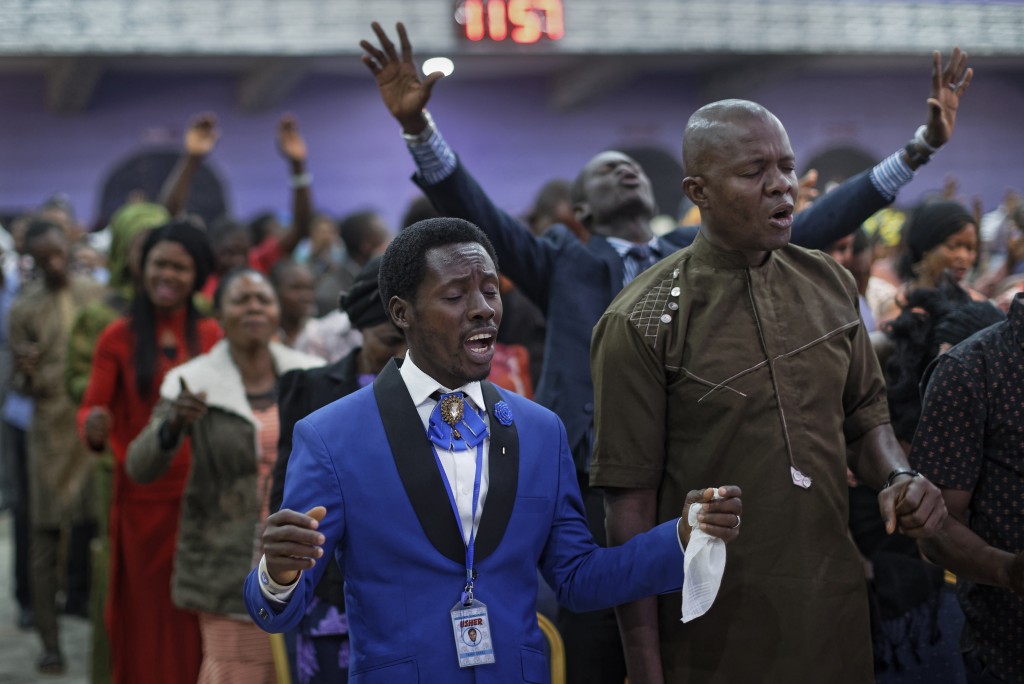 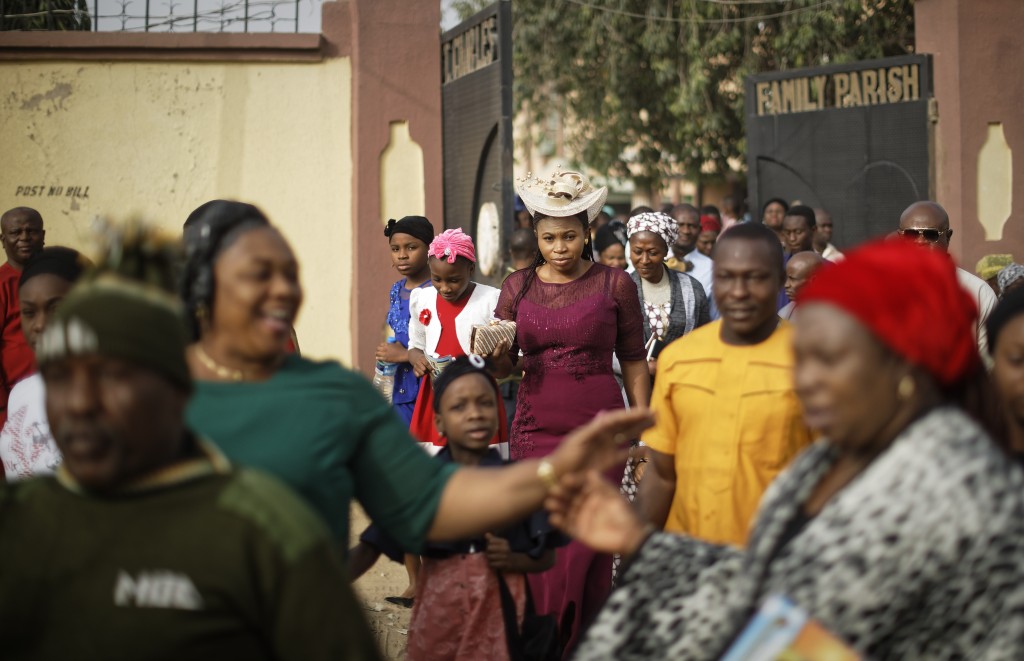 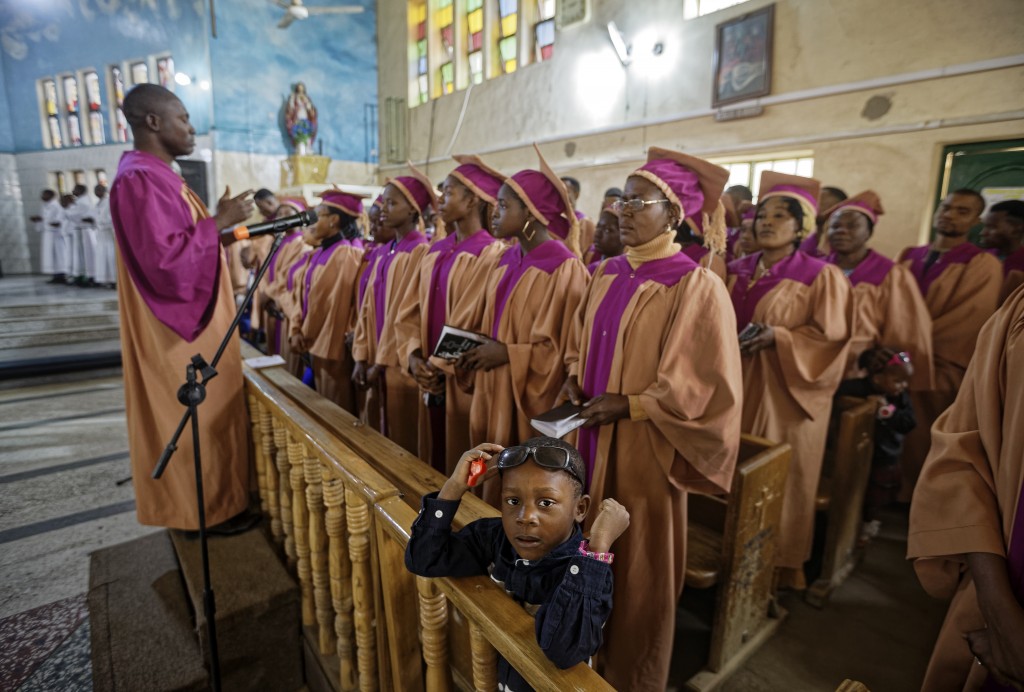 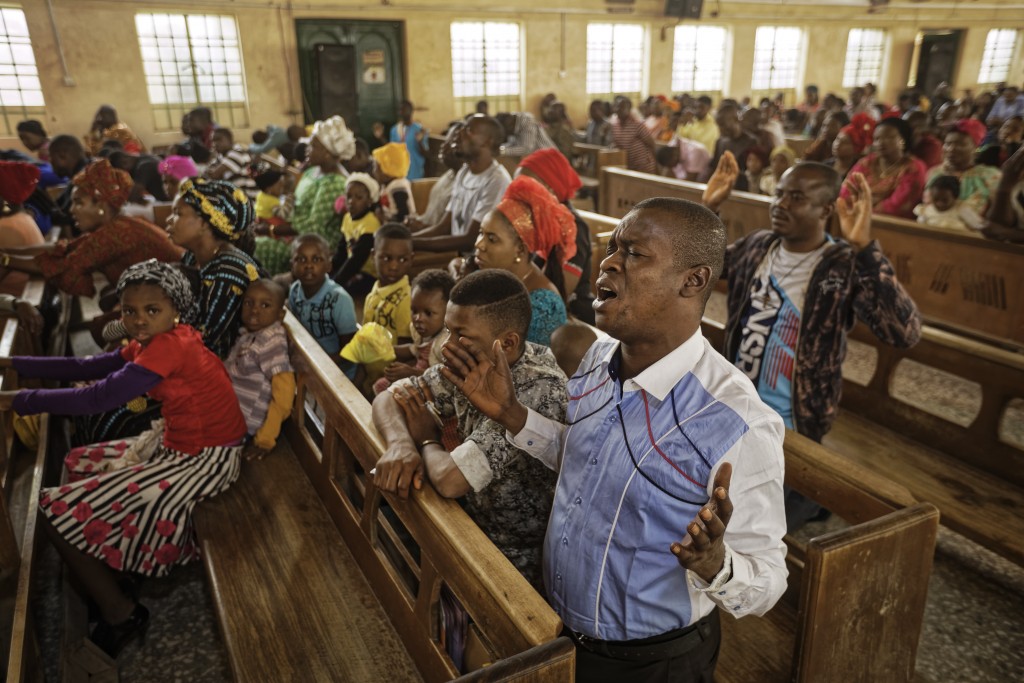 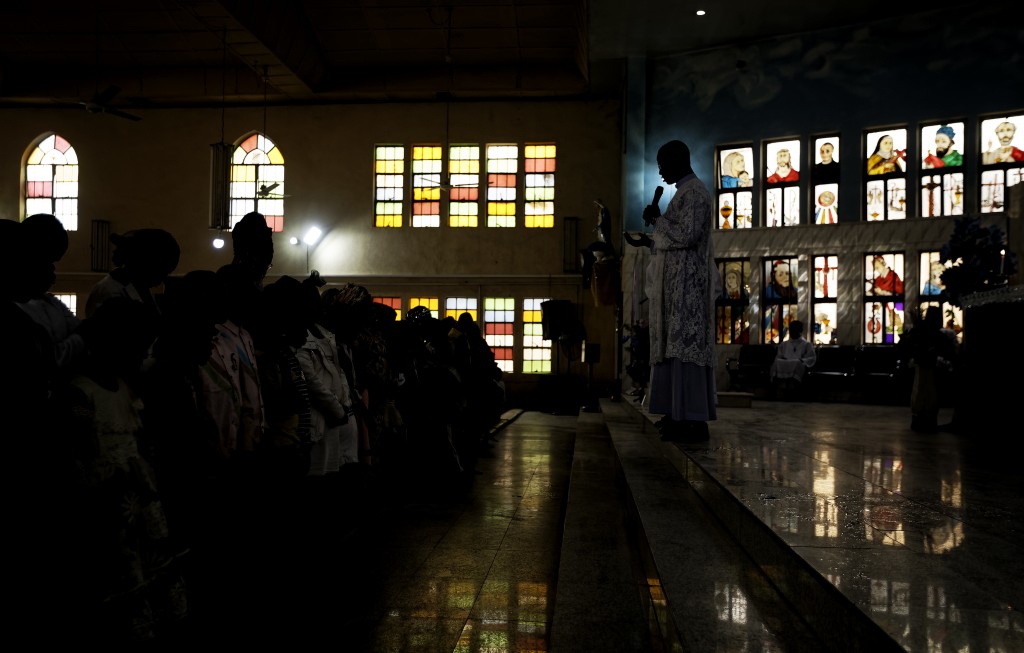 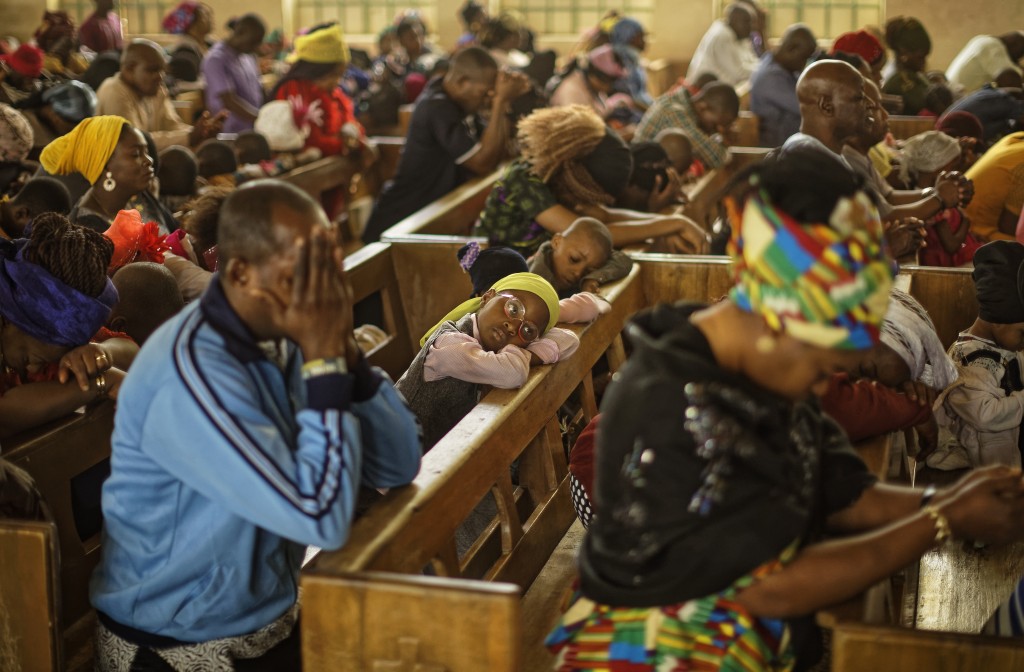 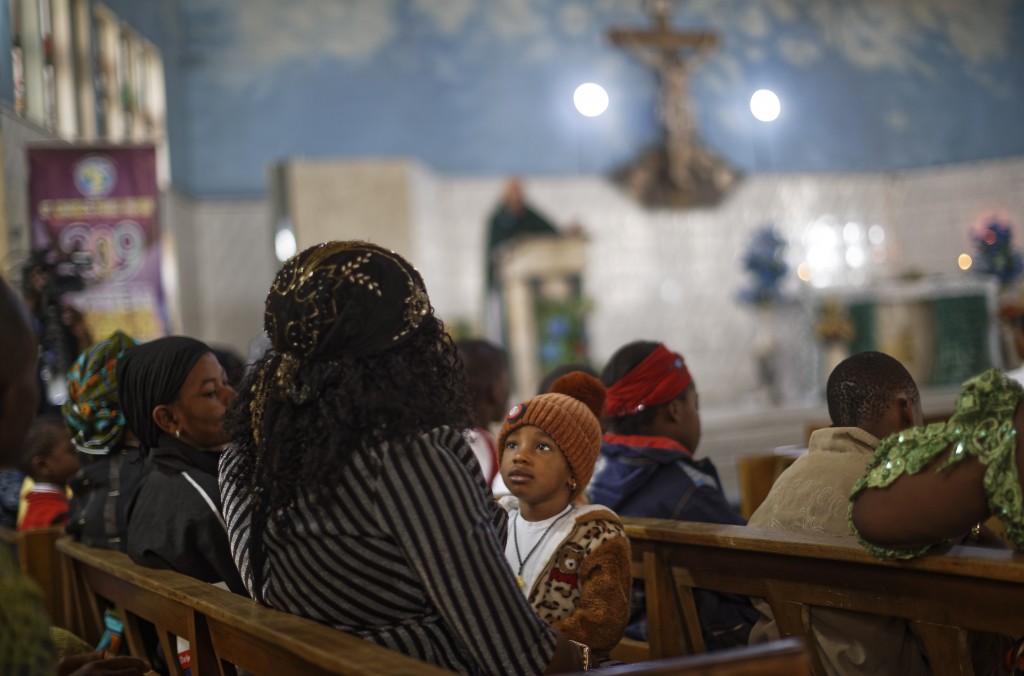 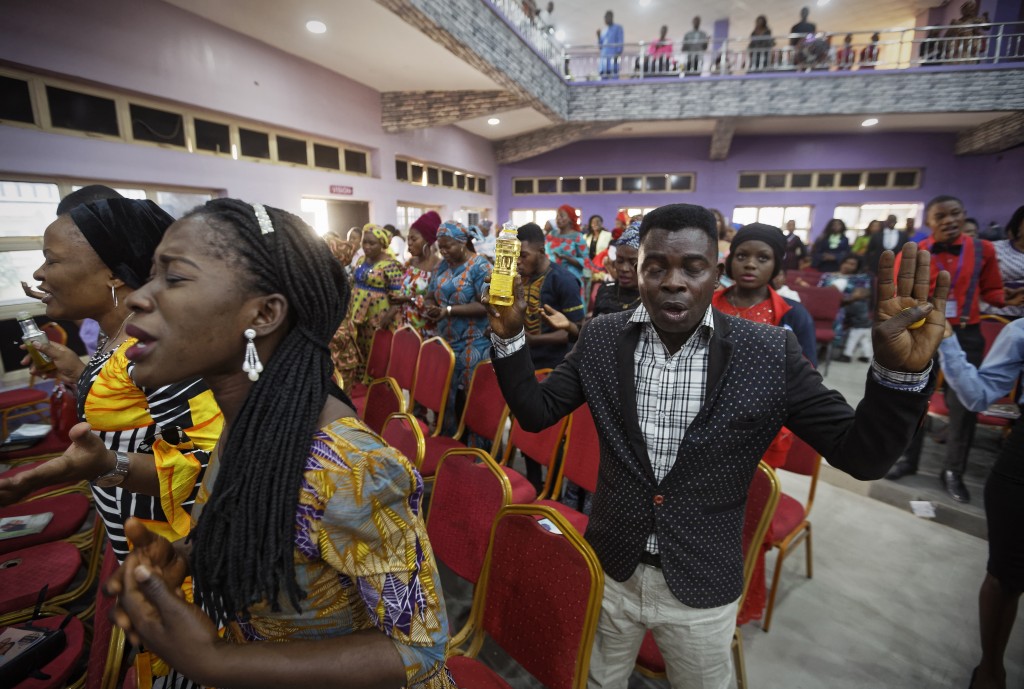 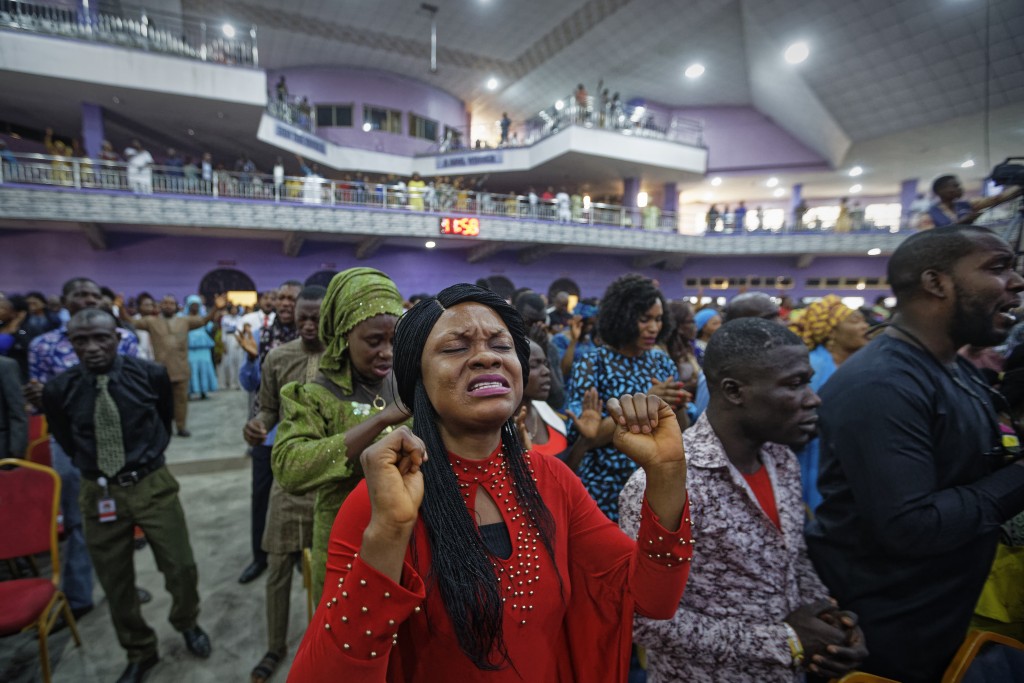 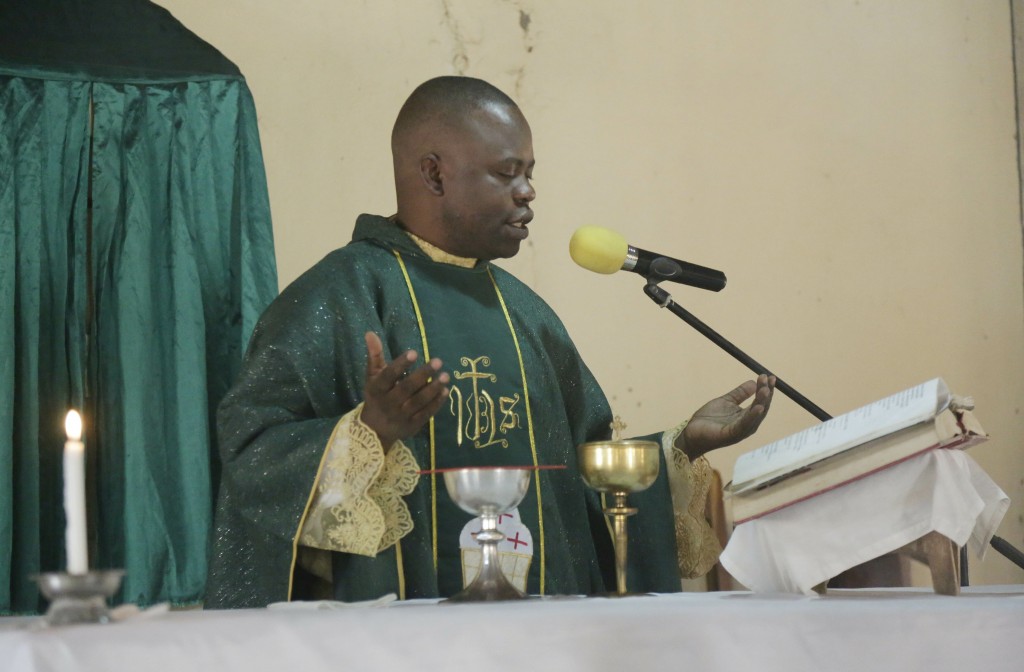 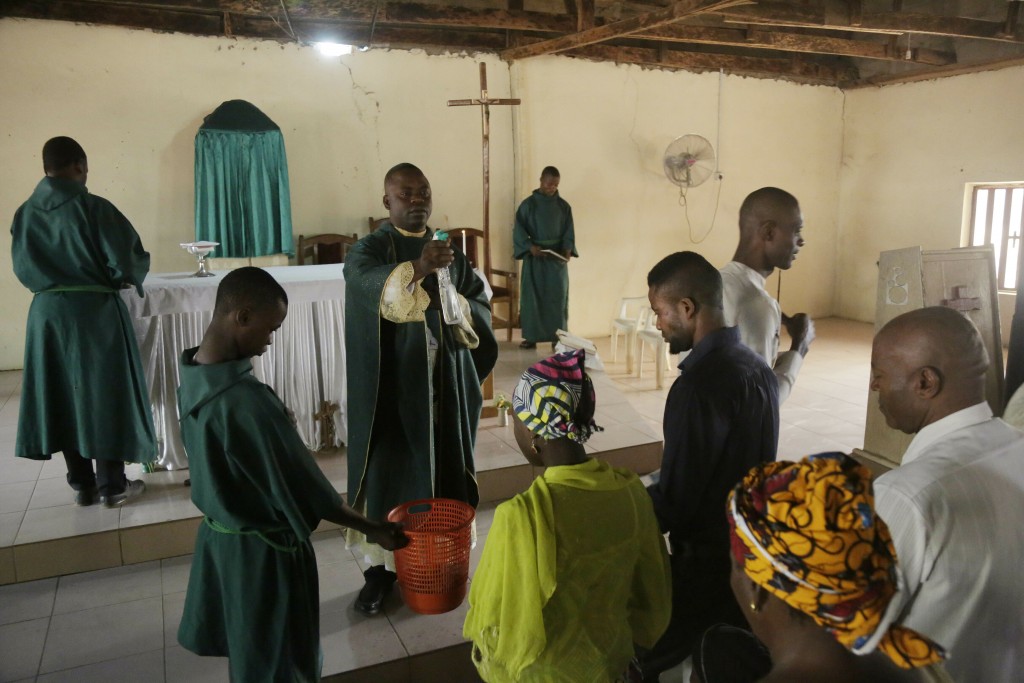 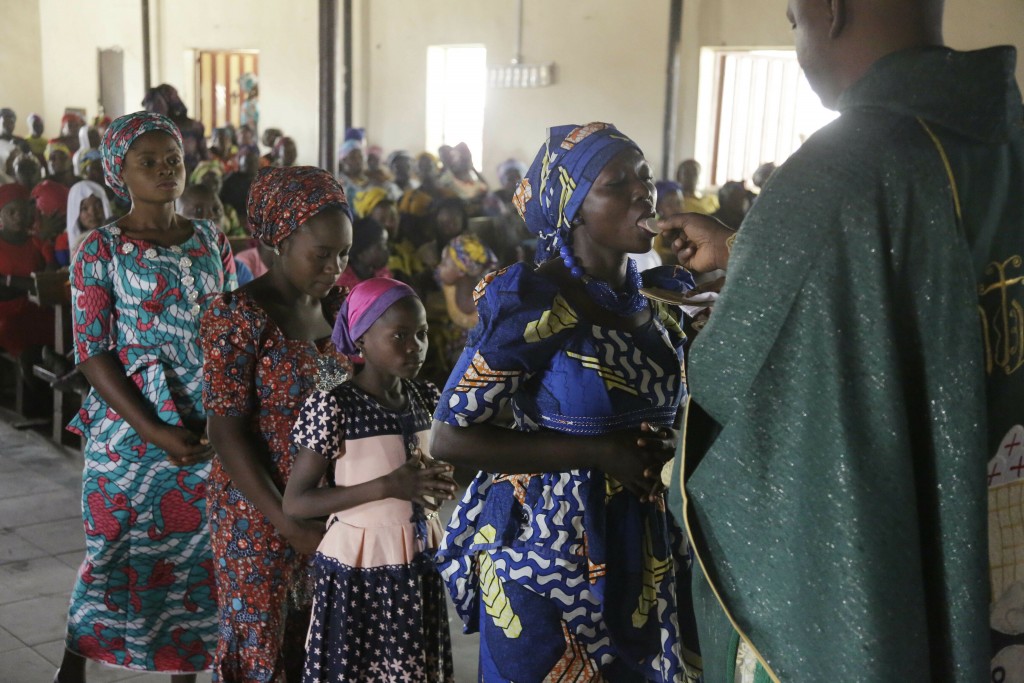 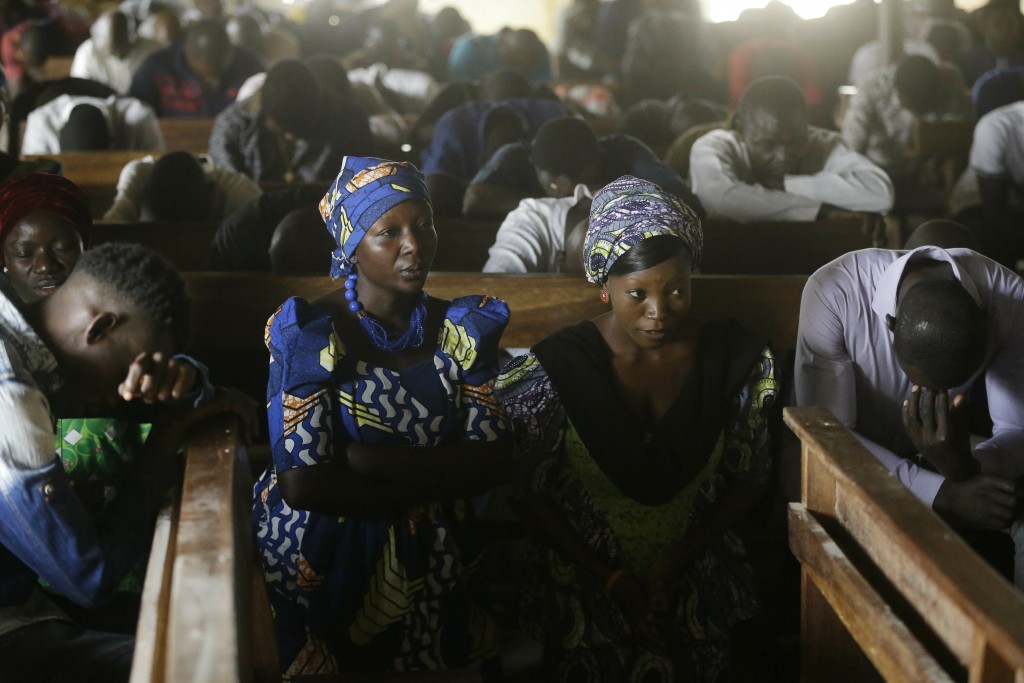 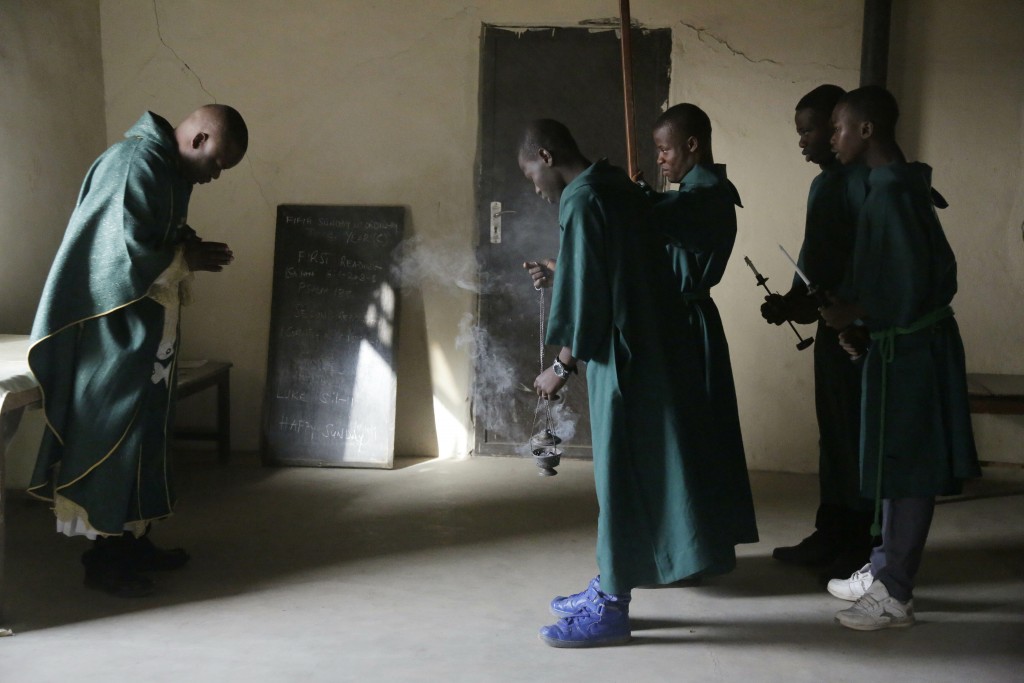 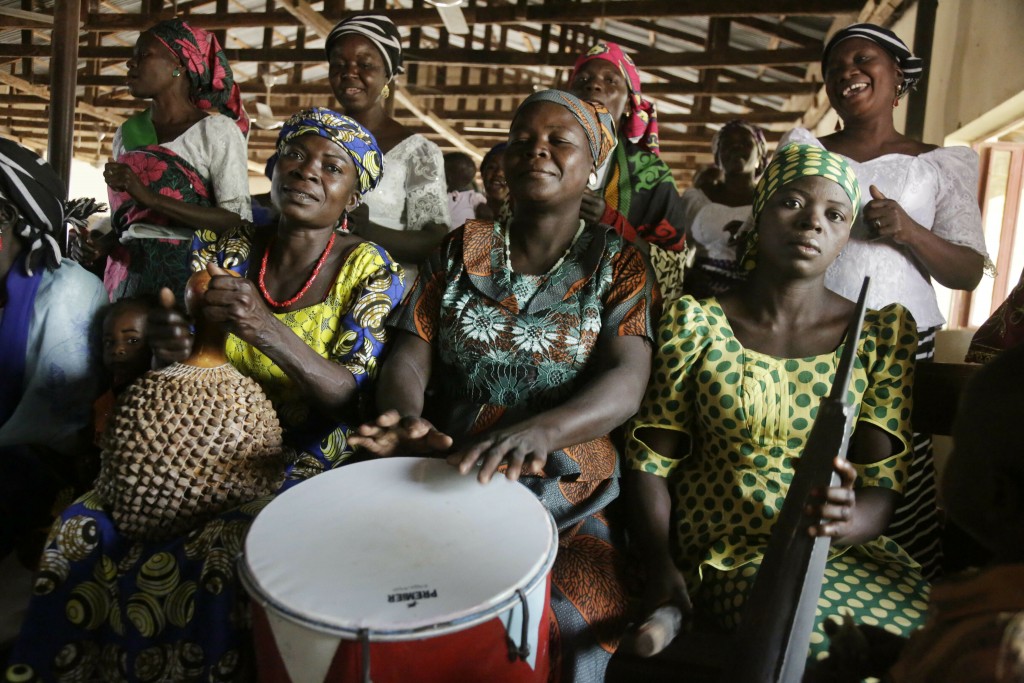 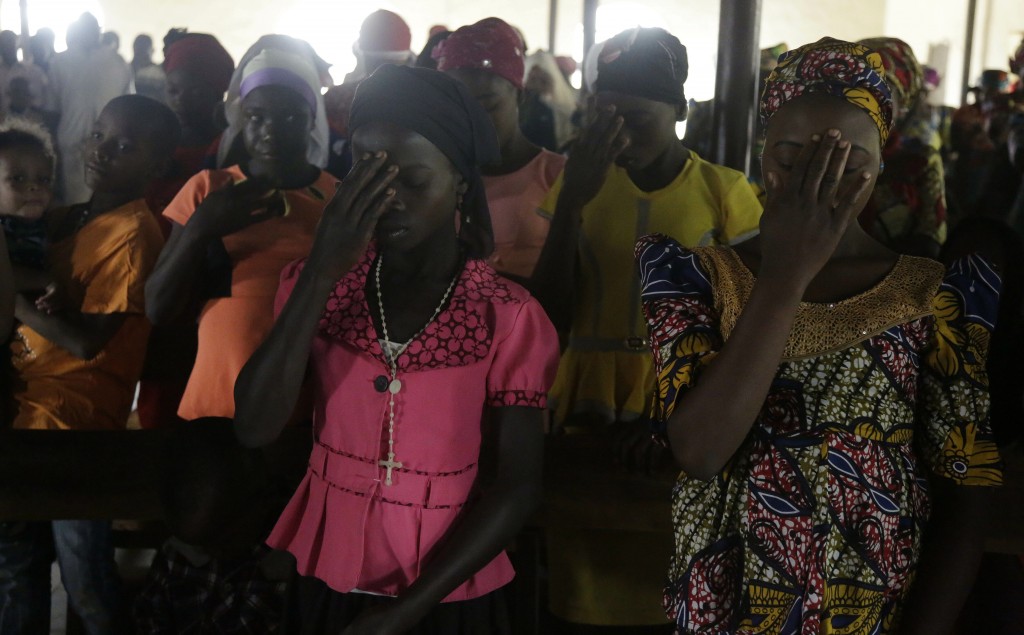 YOLA, Nigeria (AP) — Ask worshippers at St. Charles Catholic Church what they want most from Nigeria's presidential election, and the answer is peace.

"We don't want any more bloodshed in Nigeria," said Everistus Suburu, vice chairman of the church in the northern state of Kano. "We are tired of (Islamic extremist group) Boko Haram."

The presidential campaign has been largely free of the religious pressures that marked the 2015 vote when Muhammadu Buhari, a Muslim northerner, defeated a Christian president from the south who had grown unpopular over his failure to control Boko Haram.

Now, with the leading candidates both northern Muslims, the Christian vote may be decisive in sweeping the incumbent from power for the second time in as many elections in Africa's most populous country.

Nigeria's 190 million people are divided almost equally between Christians mainly in the south and Muslims, like Buhari and his opponent, Atiku Abubakar, who dominate in the north.

Across northern Nigeria, where street scenes are rich with Islamic customs and mosques, people of different faiths have co-existed over the decades, even joining forces in recent years to fight Boko Haram, which opposes a secular Nigeria.

Yet religious tensions remain even in an election that offers no clear sectarian choice, underscoring the pervasive influence of faith in Nigerian politics.

It's not certain which of the top two candidates Christian voters will support, or if they will vote as a bloc.

In a bit of last-minute drama, the electoral commission decided early Saturday, just hours before polls were to open, to postpone it until Feb. 23. The commission's chairman, Mahmood Yakubu, cited "very trying circumstances" in logistics for the balloting, including bad weather affecting flights and fires at three commission offices in an apparent attempt "to sabotage our preparations."

The delay has deepened the sense of mistrust and frustration some northern Christians feel toward Buhari's government.

"The major problem we have in this country is that our leaders don't have the fear of God," said Murna Samuel, a schoolteacher in Yola, capital of the northern state of Adamawa, complaining about the postponement. "We are in a mess. It's like they don't want to do this election."

Over the years, in an informal system known as zoning, Nigeria's presidency has tended to rotate: A Muslim from the north is succeeded by a Christian from the south. This is widely seen as key to holding the country together.

The incumbent Buhari, a Muslim, took over from Goodluck Jonathan, a Christian. Now Buhari is seeking a second term, and his chief opponent is Muslim. The rotation to a Christian could come after a second term for Buhari.

Both Buhari and Abubakar have Christian running mates, in keeping with tradition. Without legal backing, however, the rotational system essentially relies on the goodwill of the politicians of the day.

"I am concerned," said the Rev. Maurice Kwairanga of the Catholic Secretariat in Yola. "If the Muslims are given a platform where there are no checks and balances, they want to turn the whole country to Islam. If you want to build a chapel, the process you have to go through is very difficult. And even if you complete the process you may not get the chapel."

In Yola and other northern towns, killings allegedly undertaken by Muslim herders from the Fulani ethnic group have alarmed Christians, especially when no suspects are arrested.

Abubakar is expected perform well among Christian voters in some central states, such as Plateau and Kaduna, where the problem of marauding herders is severe, said Sylvester Akhaine, head of political science at Lagos State University.

"The issue of herdsman disturbs the Christians," said Godswill Sambo, a barman in Yola who is a member of the Lutheran Church. "For me, I will support a person who will bring peace to Nigeria and who is opposed to discrimination. You can see that Nigeria is disunited."

Other Christians in Yola strongly support Abubakar, noting that his companies, including a major hotel and a university, employ hundreds of people across the religious divide.

"Atiku may be Muslim, but he has opened up more job opportunities for everyone in this place," said Sunday Abraham, a spaghetti salesman with the Dangote Group. "At least there is a sign of job creation for all in him."