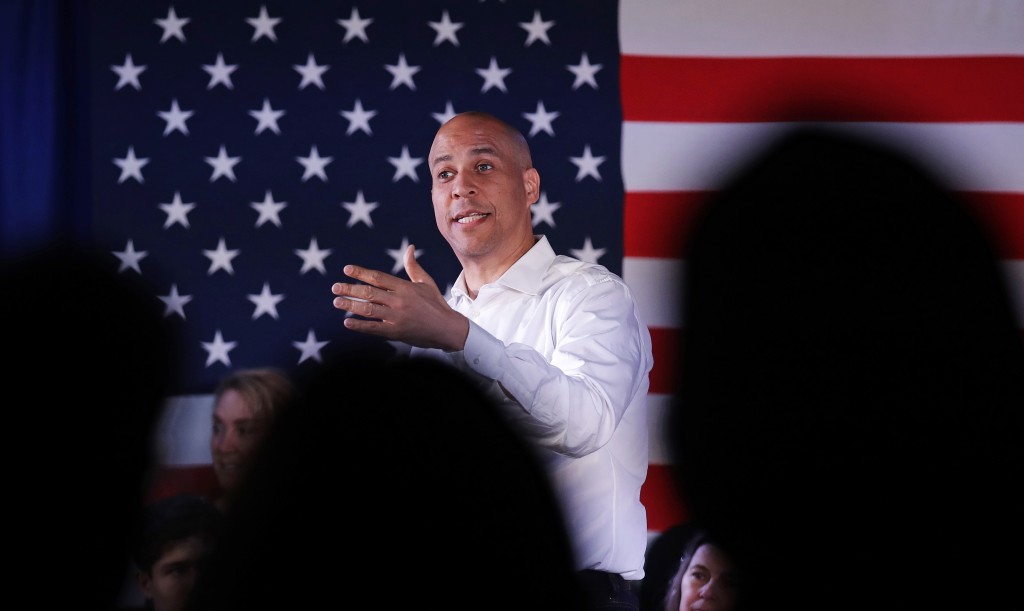 The Latest on the Democratic presidential candidates (all times local):

Democratic presidential candidate Cory Booker is greeting hundreds of voters in Rochester, New Hampshire, as he starts the second day in a weekend swing through the state that will hold the first primary next year.

Booker says he could write a "dissertation" on his general disagreements with Grassley, but says the two were able to find common ground. The criminal justice deal was backed by President Donald Trump. He signed it into law in December.

Democratic presidential candidates are courting voters in states with influential early roles in the 2020 primary as the busy pace of campaigning over the holiday weekend shows that the contest to challenge President Donald Trump is fully underway.

The brisk pace of the candidates' stops Sunday in New Hampshire, Iowa and Nevada points to the up-for-grabs state of the race in its early stages. And Congress' Presidents Day recess gives the senators already running some extra time to promote their agendas.

Sen. Cory Booker of New Jersey is continuing his swing through New Hampshire. Sen. Amy Klobuchar (KLOH'-buh-shar) of Minnesota is set to visit Iowa. And Sen. Elizabeth Warren of Massachusetts plans to be in Nevada, the first Western state to vote in the primary.