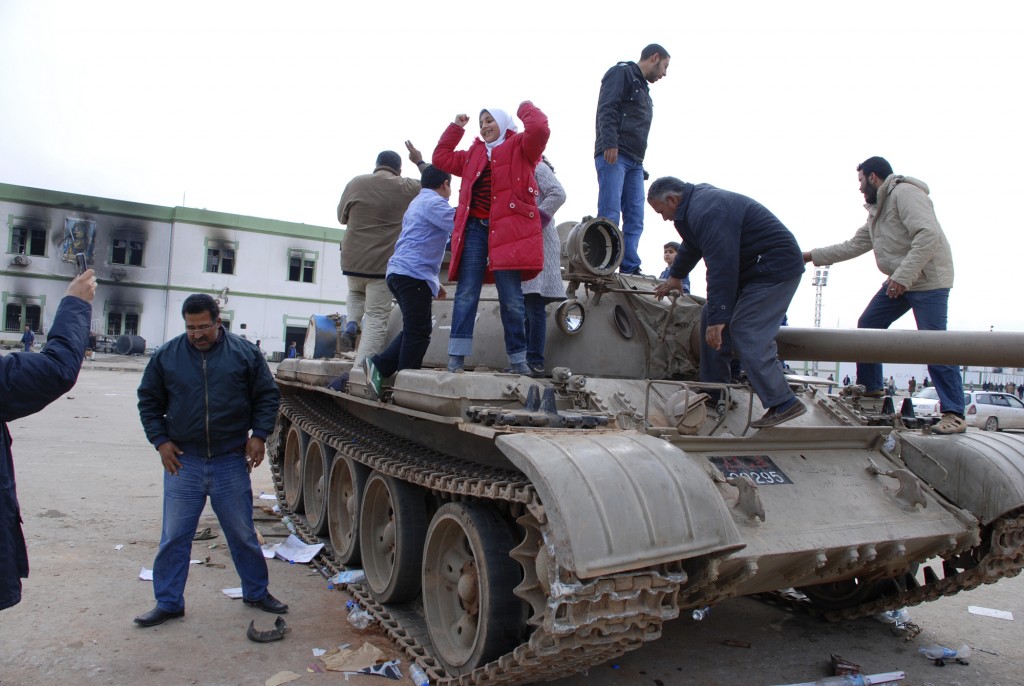 BENGHAZI, Libya (AP) — Libyans are celebrating the eighth anniversary of their 2011 uprising that led to the overthrow and killing of longtime ruler Moammar Gadhafi, with the varying intensity of festivities underscoring the split between the country's east and west.

Hundreds of people reveled Sunday in the western cities of Tripoli, Misrata and Zawiya, where bands played national songs and flags lined the streets.

But festivities were much more subdued in the country's east, with only a few people gathering at the central courthouse in Benghazi, a city that has billed itself as the birthplace of Libya's uprising.

Libya remains largely a chaotic patchwork of territory run by militias and gangs, with rival administrations in Tripoli and the east.