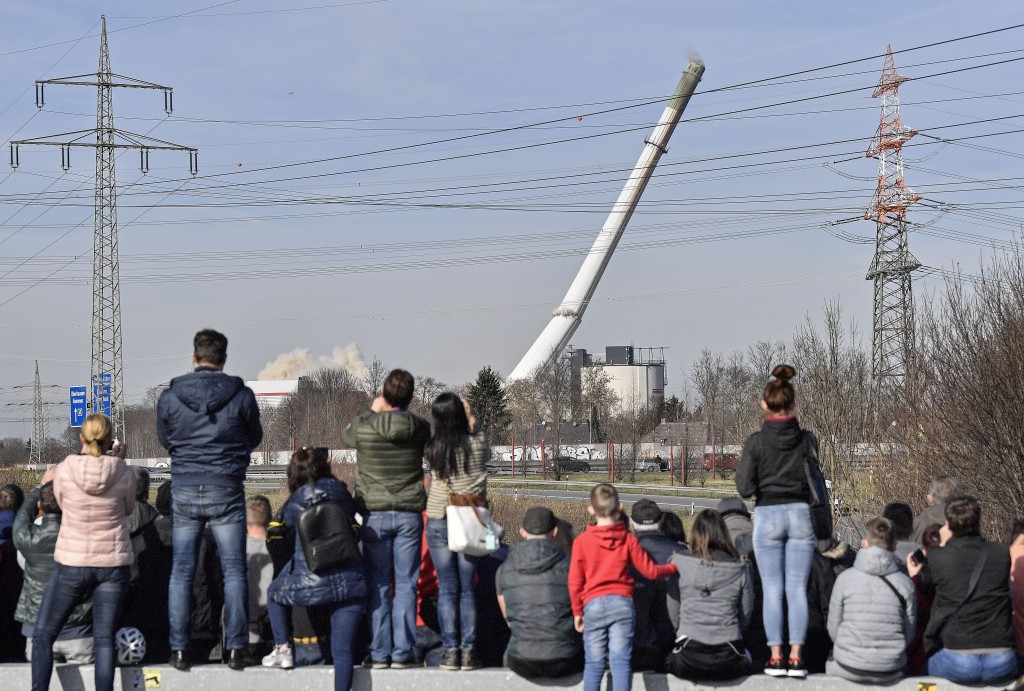 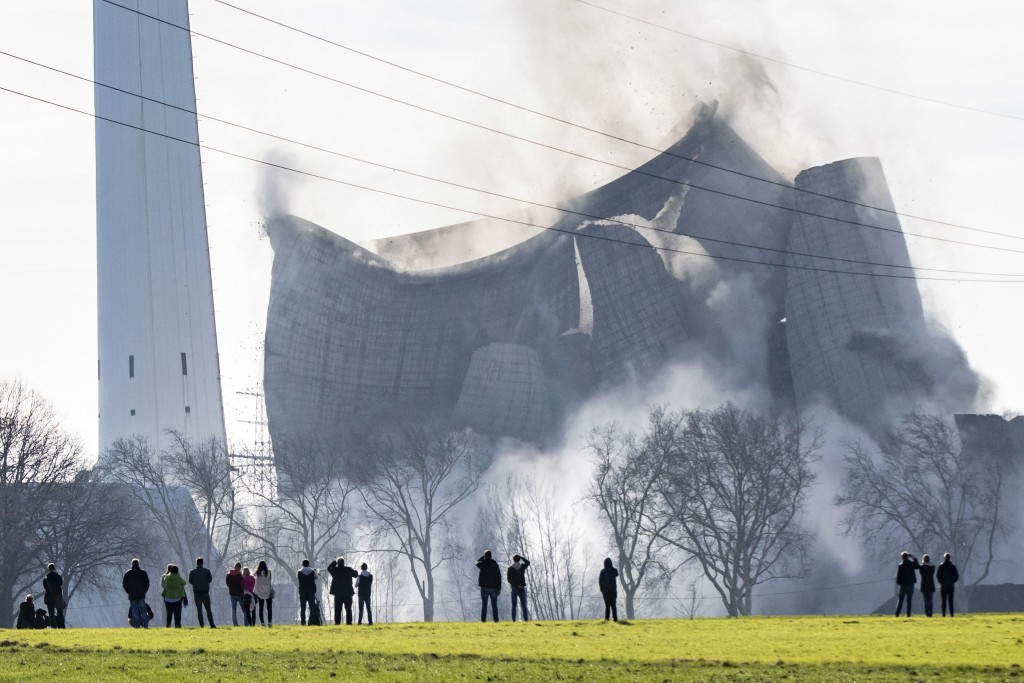 BERLIN (AP) — A long-shut coal-fired power plant in western Germany has been demolished with the help of more than 200 kilograms (440 pounds) of explosives.

The former Knepper power station on the outskirts of Dortmund was brought down in two explosions on Sunday. The first destroyed the main body of the plant and the second collapsed its 128-meter (420-foot) high cooling tower and its 210-meter (689-foot) tall chimney.

German news agency dpa reported that about 120 nearby residents had to leave their homes as a precaution.

Germany plans to switch off its nuclear plants by 2022 and the government is considering a proposal to stop burning coal for electricity by 2038 at the latest in a bid to curb greenhouse emissions.