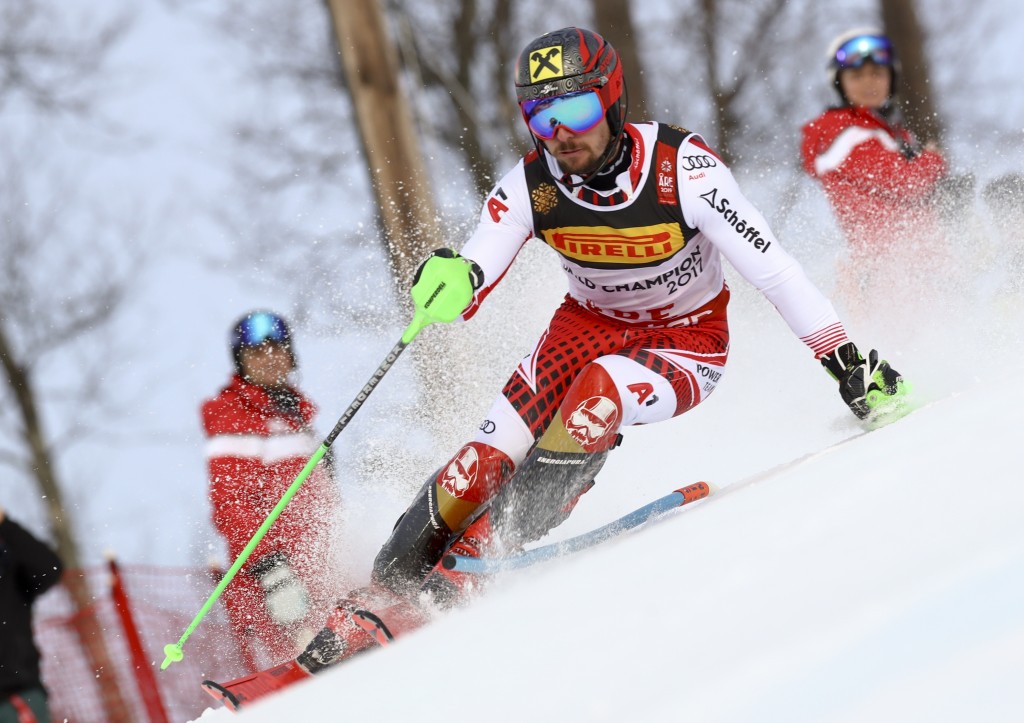 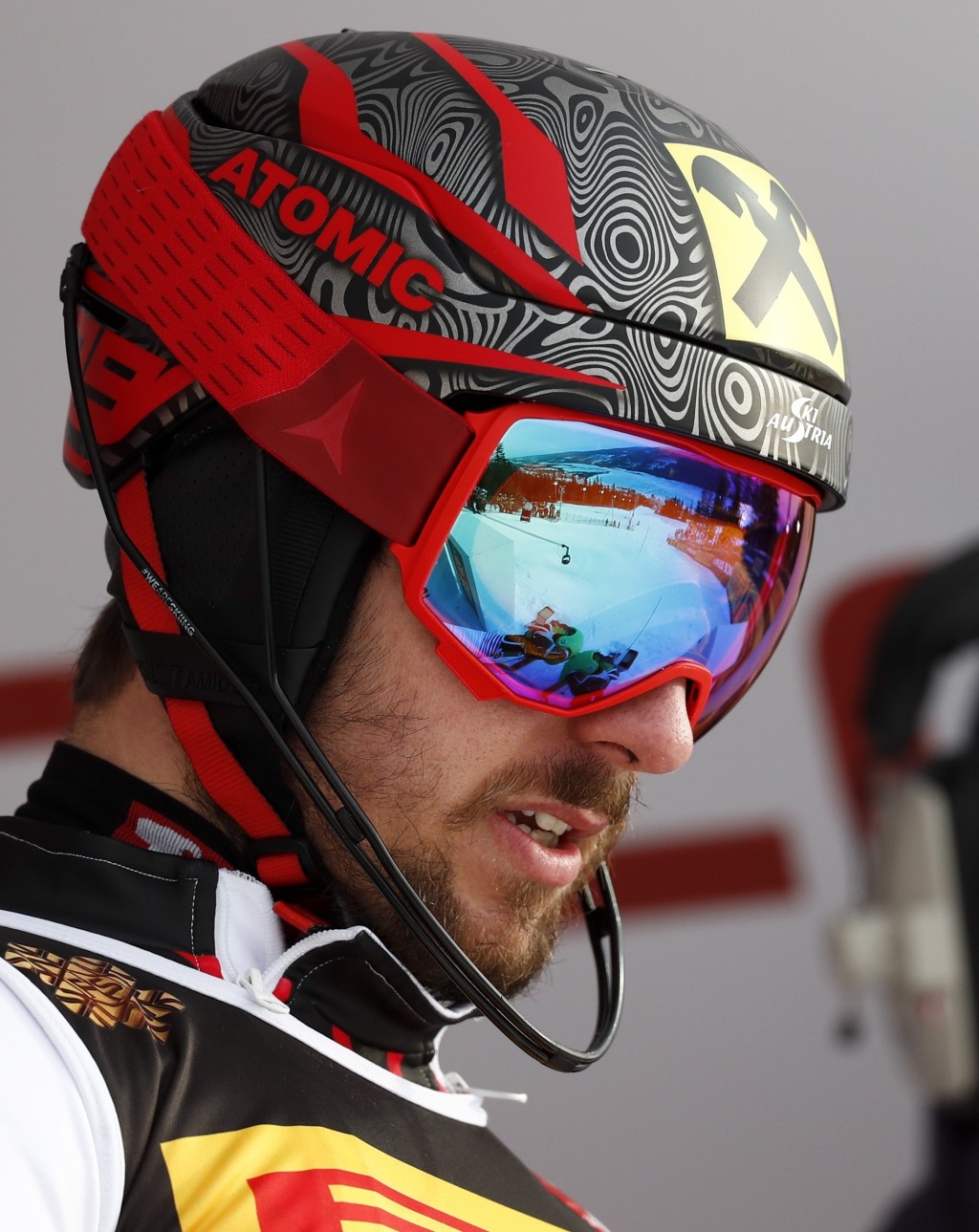 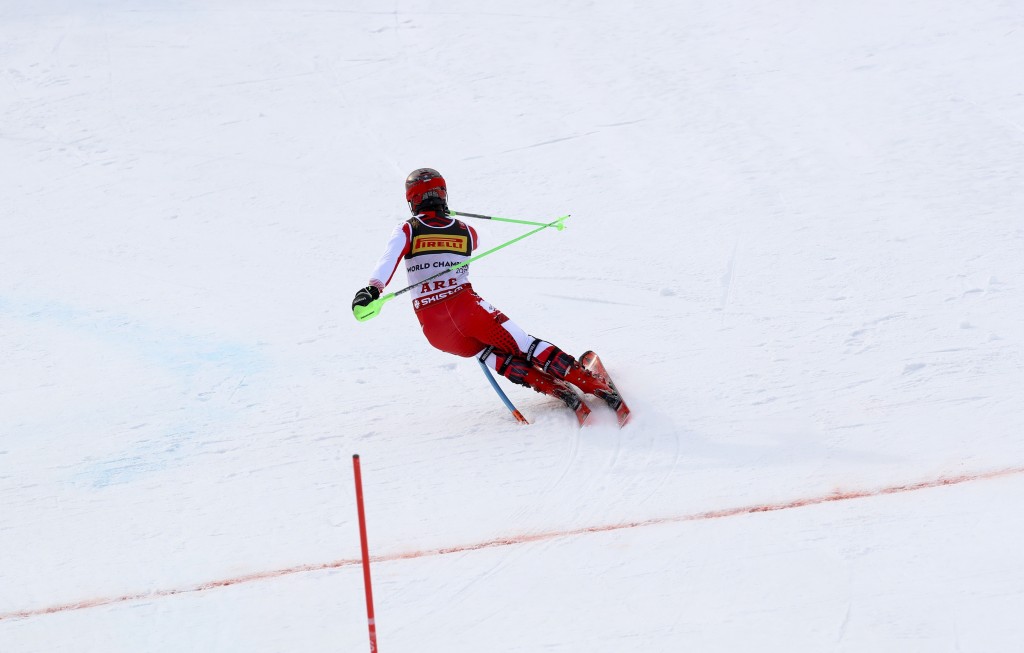 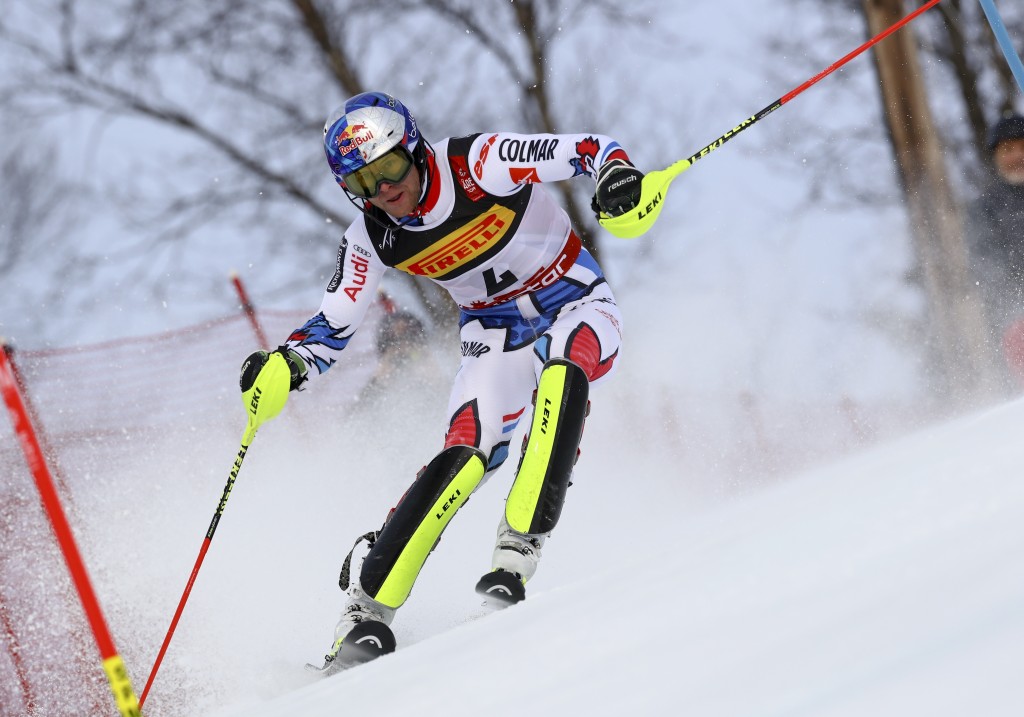 ARE, Sweden (AP) — Marcel Hirscher swept into the finish area and wagged his finger triumphantly in front of the camera.

The message was clear: The ski king is back.

The Austrian produced an emphatic response to relinquishing his giant slalom title two days earlier at the world championships by taking a 0.56-second lead after the first run of the slalom on Sunday.

Only Alexis Pinturault of France was within a second of Hirscher, who was on course to win a record-tying seventh career gold medal at the worlds.

Marco Schwarz of Austria was in third place, 1.22 seconds off the lead.

Hirscher, the seven-time overall World Cup champion, showed no ill-effects from the cold that has been affecting him this week. After the giant slalom on Friday, he said he would be going straight back to bed to rest up for the slalom.

He looked in good working order on Sunday.

As the third skier on the course, Hirscher took 1.70 seconds off No. 2 starter Henrik Kristoffersen, who beat Hirscher to GS gold on Friday, and more than two seconds off Clement Noel, who came to the worlds in form after wins in Wengen and Kitzbuehel.

Save for Hirscher crashing, only Pinturault looks capable to denying the Austrian a third slalom gold at the worlds — something only the great Ingemar Stenmark has achieved. Pinturault was only 0.06 seconds behind Hirscher at the third checkpoint but he went wide at the first turn on the final descent and lost half a second.

"I'm still in the fight," Pinturault said, "and still have a chance in the second leg. That's the essential (thing)."

Daniel Yule of Switzerland was 0.28 behind Hirscher at the last split before falling at the start to the final descent.

Hirscher also won the slalom at the 2013 and 2017 worlds. A seventh career gold at the worlds would tie the men's record held by compatriot Toni Sailer from the late 1950s.

Austria, a storied Alpine skiing nation, needs Hirscher to deliver in the final event to avoid finishing the world championships without a gold medal for the first time since Crans Montana, Switzerland, in 1987. The women's team has already finished with no medals and that hasn't happened since Schladming, Austria, in 1982.