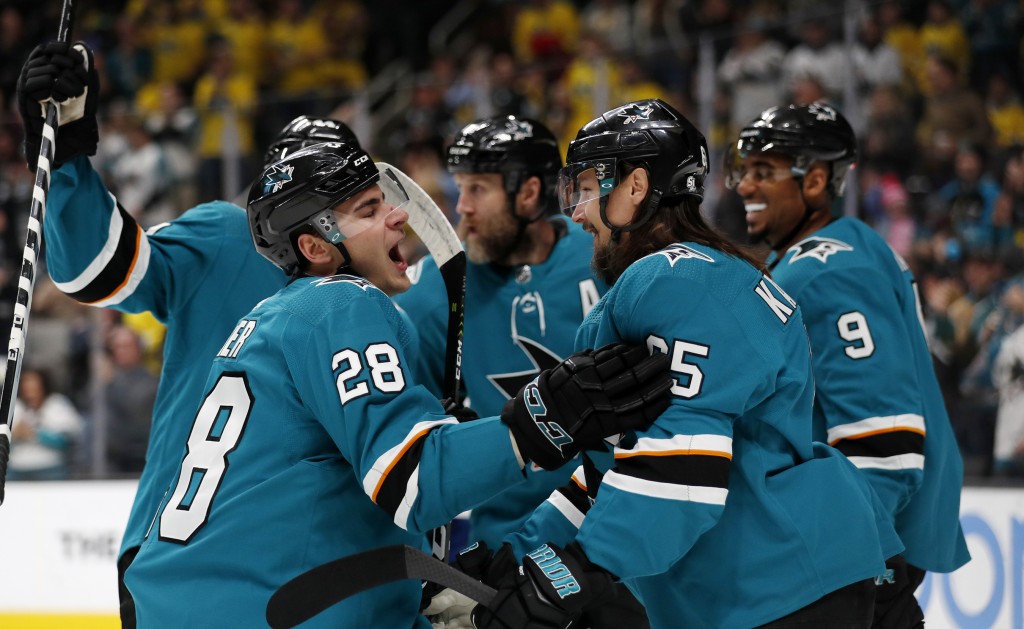 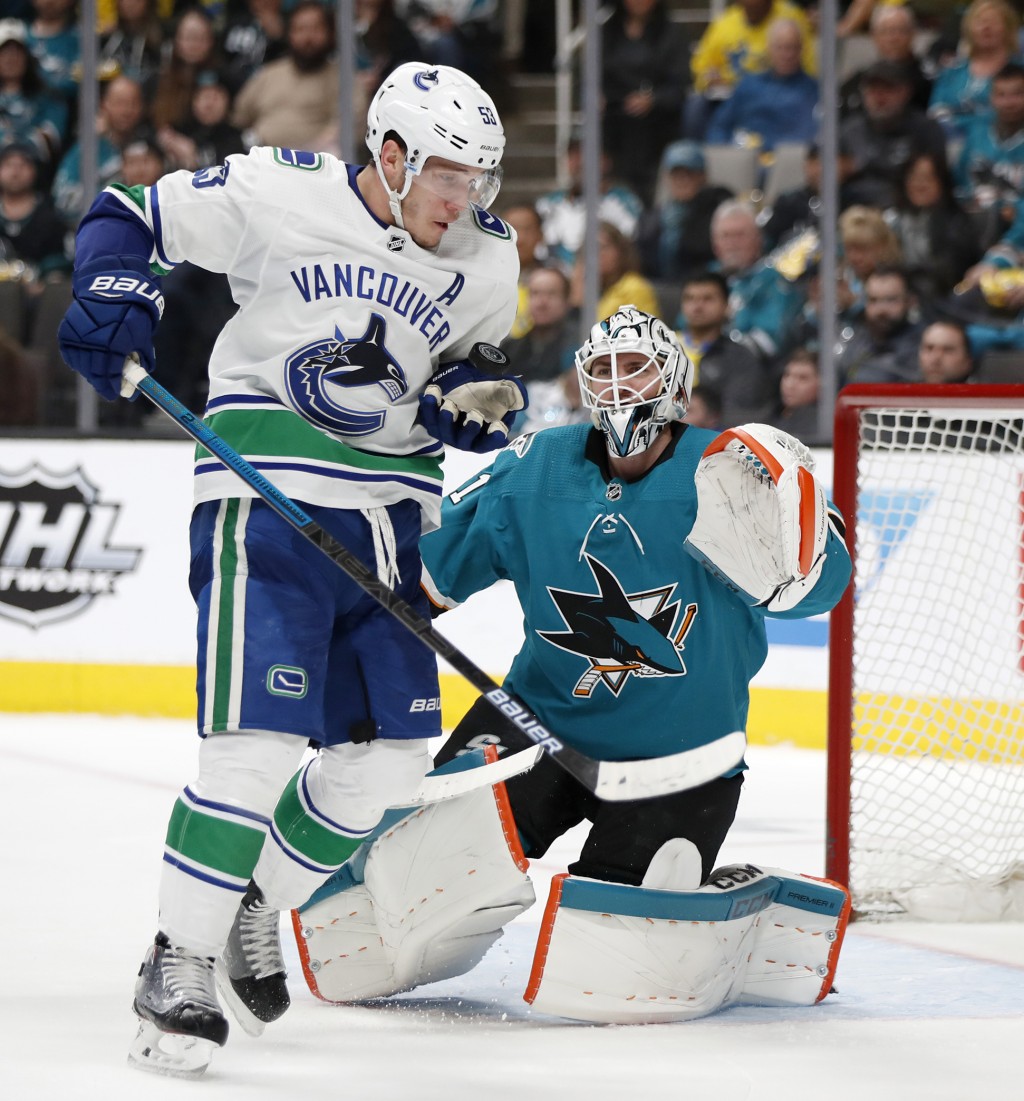 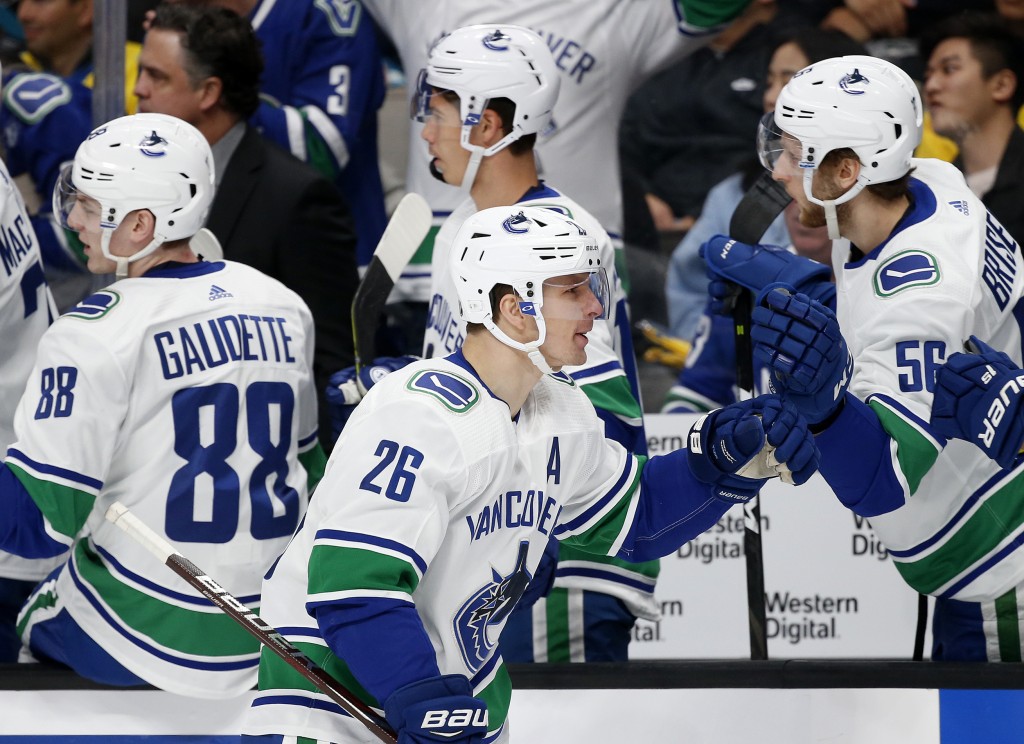 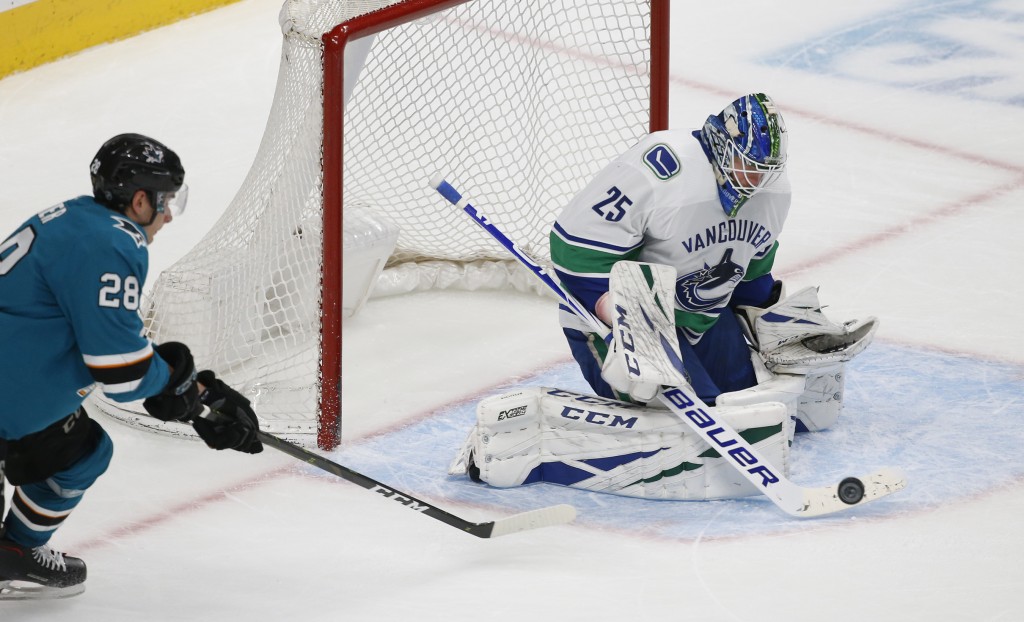 SAN JOSE, Calif. (AP) — Joe Pavelski, Logan Couture and Timo Meier each had a goal and an assist, and the San Jose Sharks topped the Vancouver Canucks 3-2 on Saturday night.

Pavelski snapped a tie 13:06 into the third period. Meier and Couture assisted on his team-leading 31st goal.

The Sharks won for the seventh time in eight games to remain in a tie with Calgary for the Pacific Division lead. The Flames won 5-4 at Pittsburgh.

Martin Jones stopped 31 shots as San Jose extended its point streak against Vancouver to 13 games (12-0-1) with its eighth straight home win against the Canucks. Vancouver hasn't won at San Jose since March 31, 2016.

The Canucks trailed 2-1 before Boeser scored 4:31 into the third. It was Boeser's 21st goal of the season and his 100th career point.

The Sharks had gone in front on Couture's 21st goal 11:08 into the second.

The Canucks are 2-5-1 over their last eight games after going 4-1-1 over their previous six. Vancouver remains one point behind idle Minnesota for the second wild card in the Western Conference.

The Sharks jumped in front on Meier's 21st goal at 3:45 of the first period on a power play. The Canucks tied it less than a minute later on Roussel's seventh goal.

Jacob Markstrom had 23 saves for Vancouver.

Sharks All-Star defenseman Erik Karlsson had an assist on Meier's goal in his first game back after missing nine games with a groin injury. Karlsson has at least one assist in 17 of his last 19 appearances.

NOTES: Vancouver acquired F Ryan Spooner in a trade with Edmonton for F Sam Gagner. ... C Elias Petterson had an assist on Boeser's goal. He has 12 points (four goals, eight assists) in his last 11 games. ... C Dylan Gambrell was back in the lineup after being scratched last two games. ... Canucks F Jake Virtanen (upper body) was placed on injured reserve. ... Canucks F Loui Eriksson played in his 900th game.