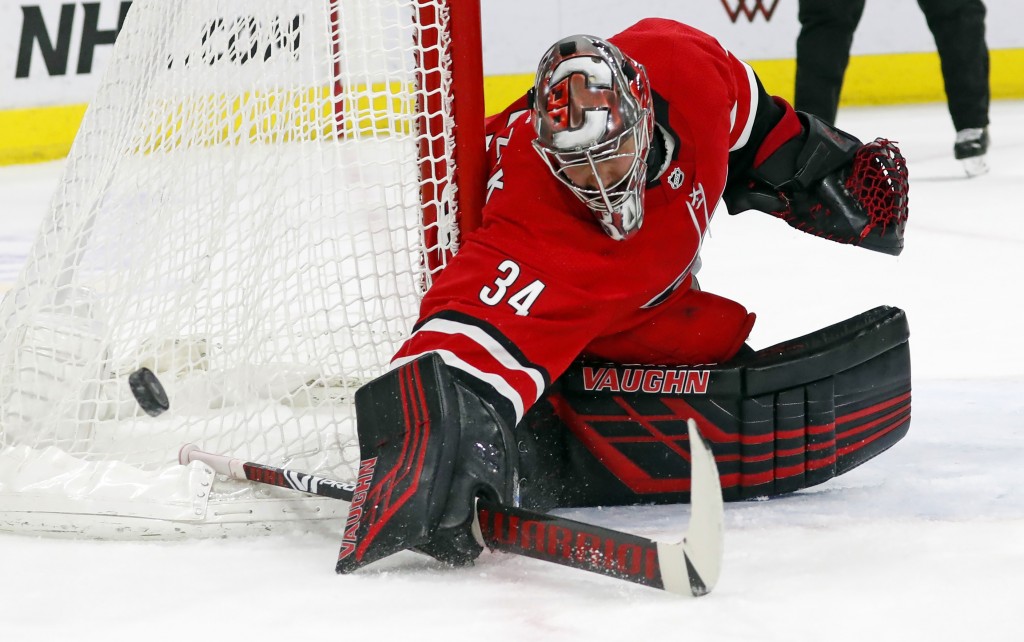 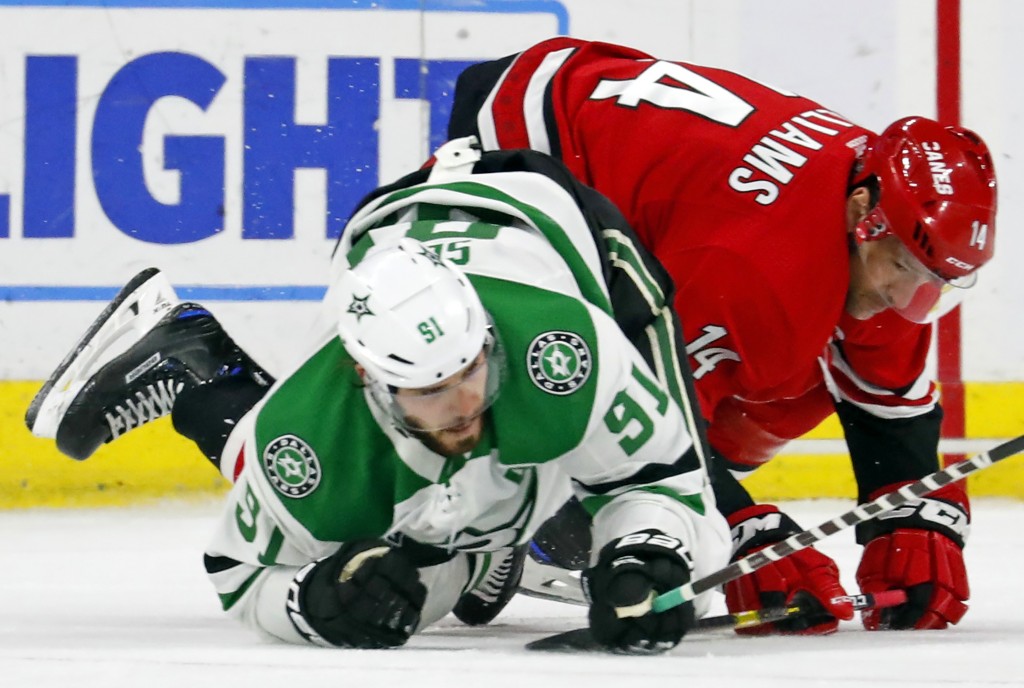 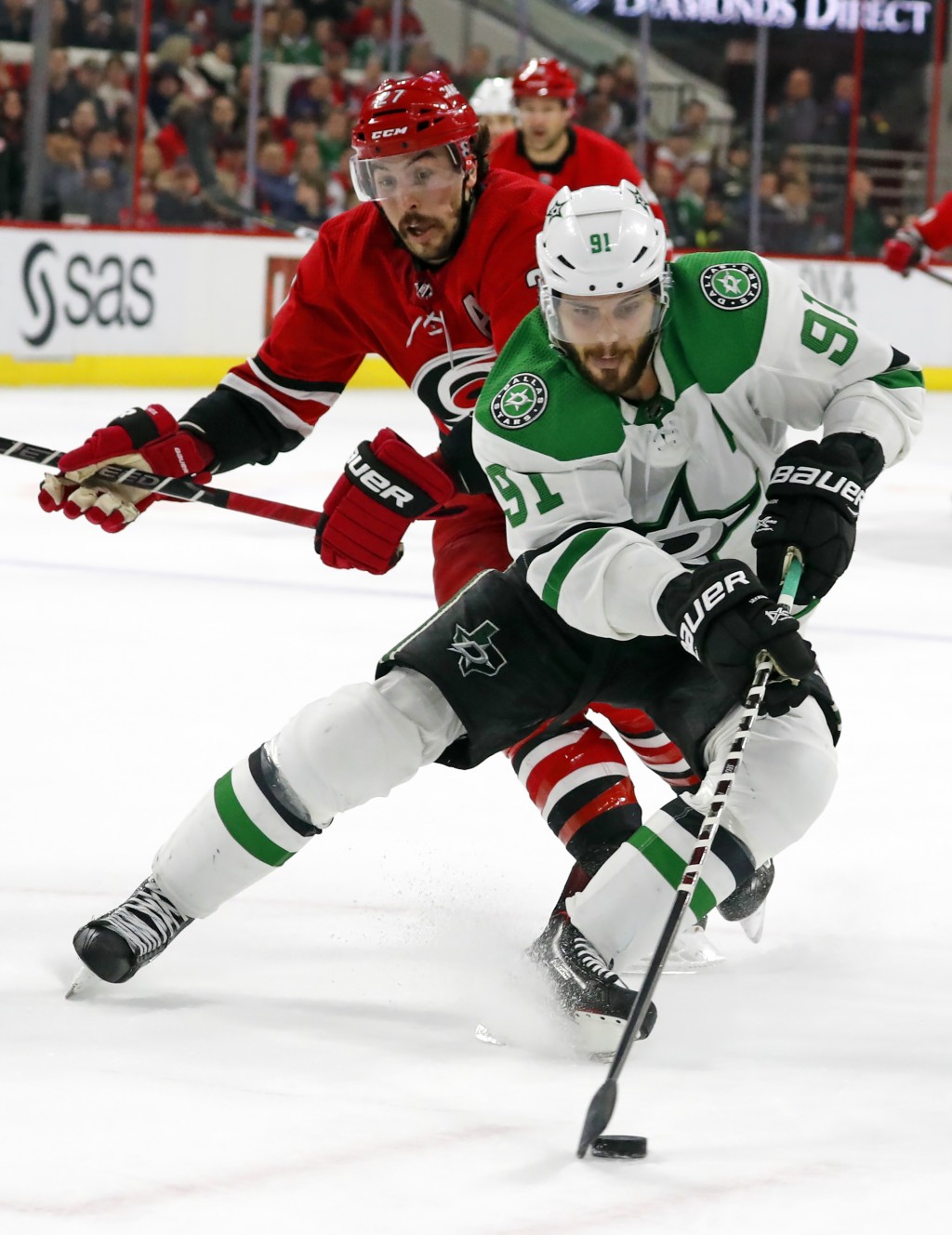 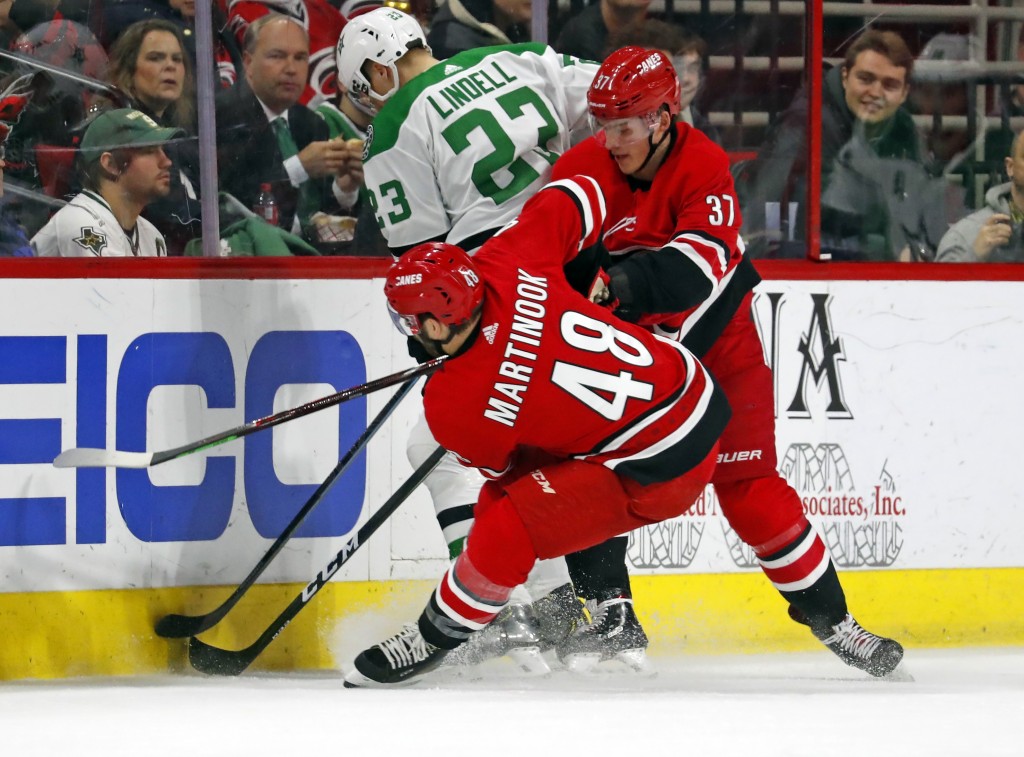 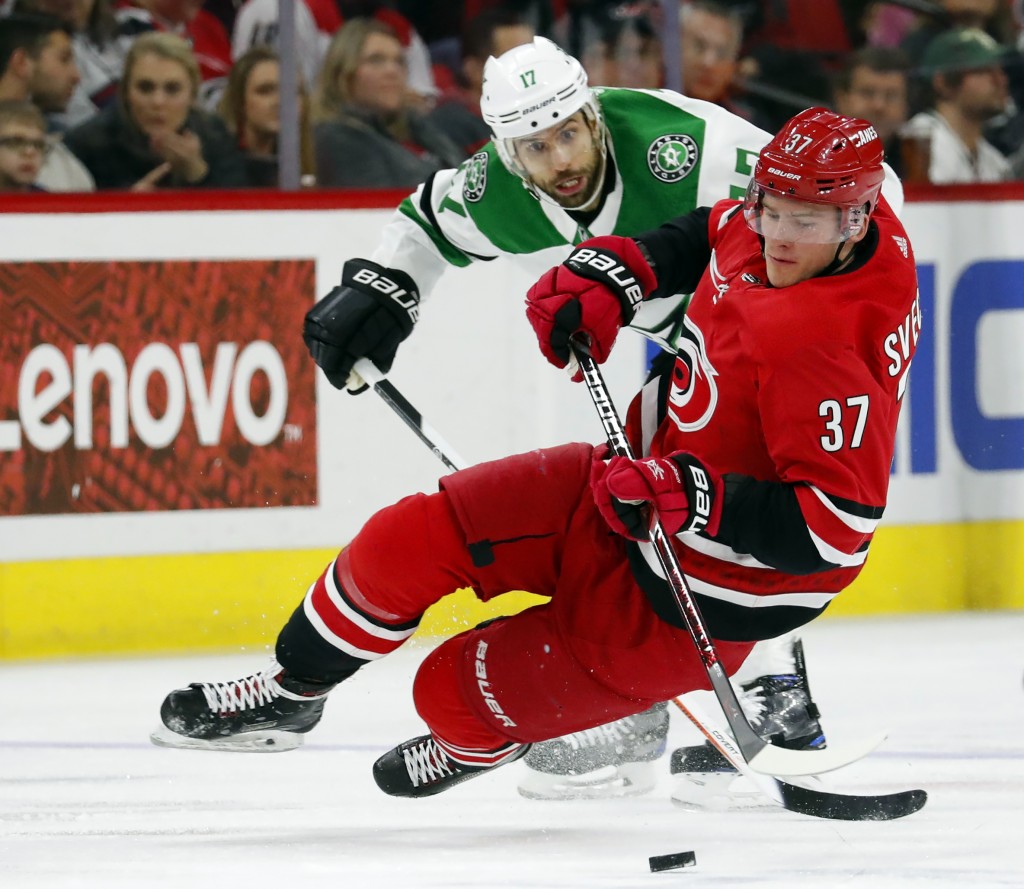 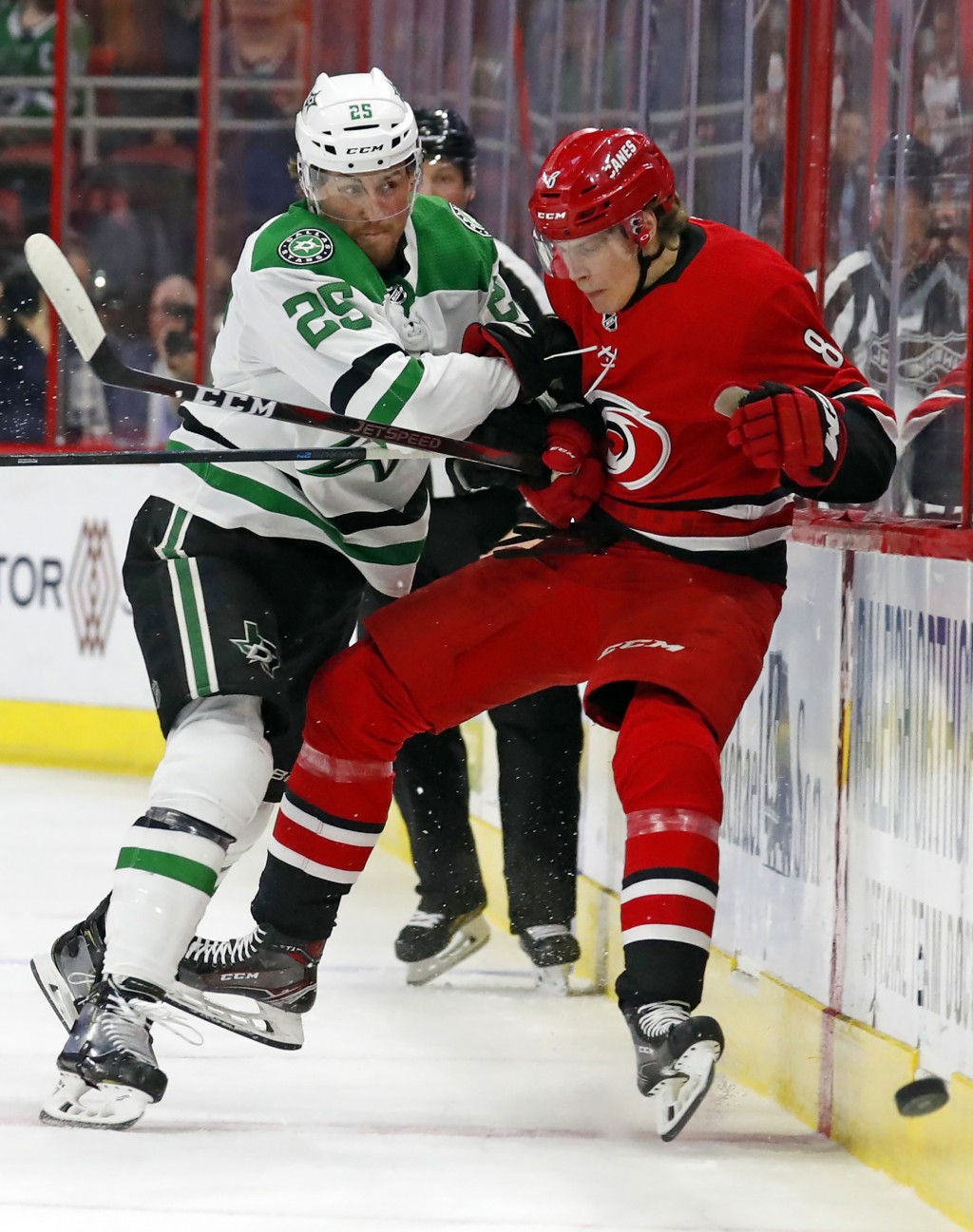 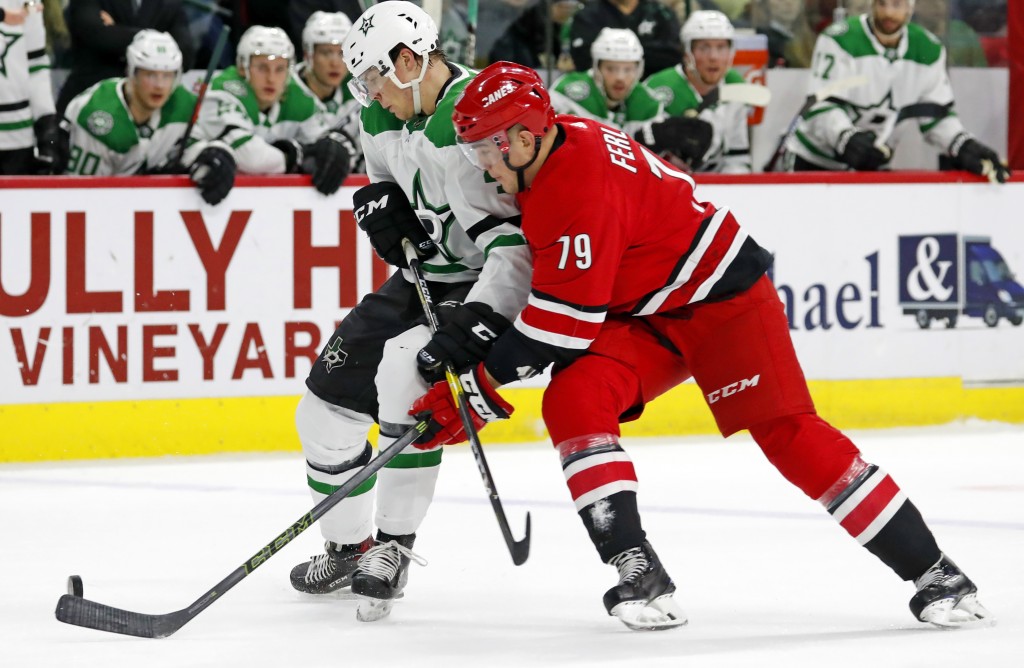 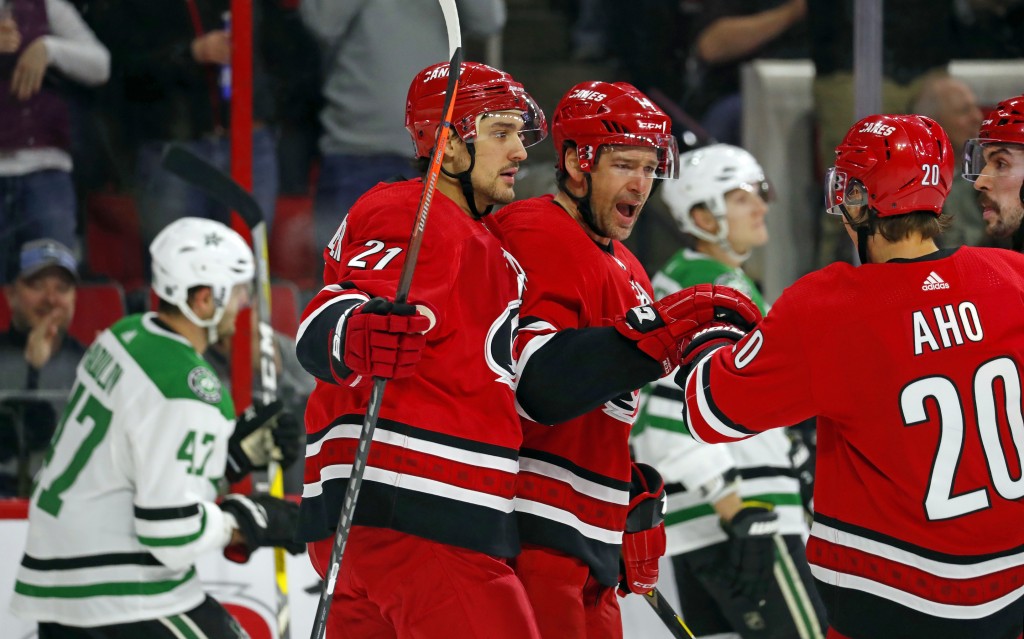 RALEIGH, N.C. (AP) — Petr Mrazek stopped 33 shots in his third shutout of the season and the Carolina Hurricanes moved into a wild-card playoff spot with a 3-0 win over the Dallas Stars on Saturday night.

Justin Williams and Brock McGinn scored less than four minutes apart in the first period and Mrazek did the rest, turning aside shot after shot. Micheal Ferland added a power-play goal in the third period.

The Hurricanes improved to 16-5-1 in their last 22 games, the most wins and points in the NHL in that span. With Pittsburgh's loss to Calgary earlier Saturday, Carolina moved into the Eastern Conference's second wild-card spot. The Hurricanes are in a playoff spot for the first time this season. Carolina owns the NHL's longest playoff drought at nine seasons.

Anton Khudobin made 24 saves for the Dallas. The Stars were shut out for the second straight game, after losing 6-0 to Tampa Bay on Thursday.

Carolina started fast and never looked back. After generating a breakaway and a slew of odd-man rushes in the opening minutes, Sebastian Aho fed Williams on a two-on-one to open the scoring 3:48 in.

Just 3:22 later, McGinn made it 2-0 when he got behind two defenders and scored on a backhand shot off a pass from Justin Faulk from the blue line.

When Dallas progressively took control of the possession and began peppering the Carolina net, Mrazek made highlight-reel save after highlight-reel save, turning away the Stars' scoring chances. After one particularly impressive sequence in which he spread out on the ice to rob Andrew Cogliano of an open net off a rebound, Mrazek banged his chest and pumped his fist as play went on.

After another stellar save in the second period on Jason Dickinson's tip-in in front of the net, the crowd began chanting Mrazek's name.

NOTES: Williams, Aho and Nino Neiderreiter extended their point streaks to four games for Carolina. ... Ferland played his 300th career game. ... Stars F Blake Comeau (upper body injury) was scratched for the second straight game. He is day-to-day. ... Dallas had been shut out just three times all season, before the back-to-back shutouts.