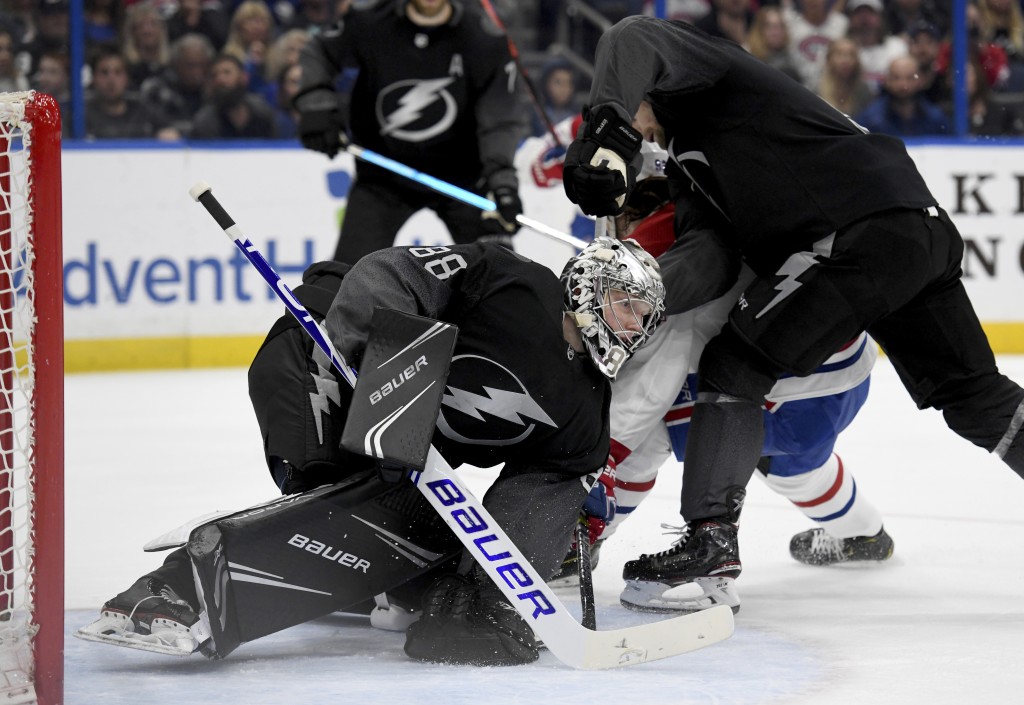 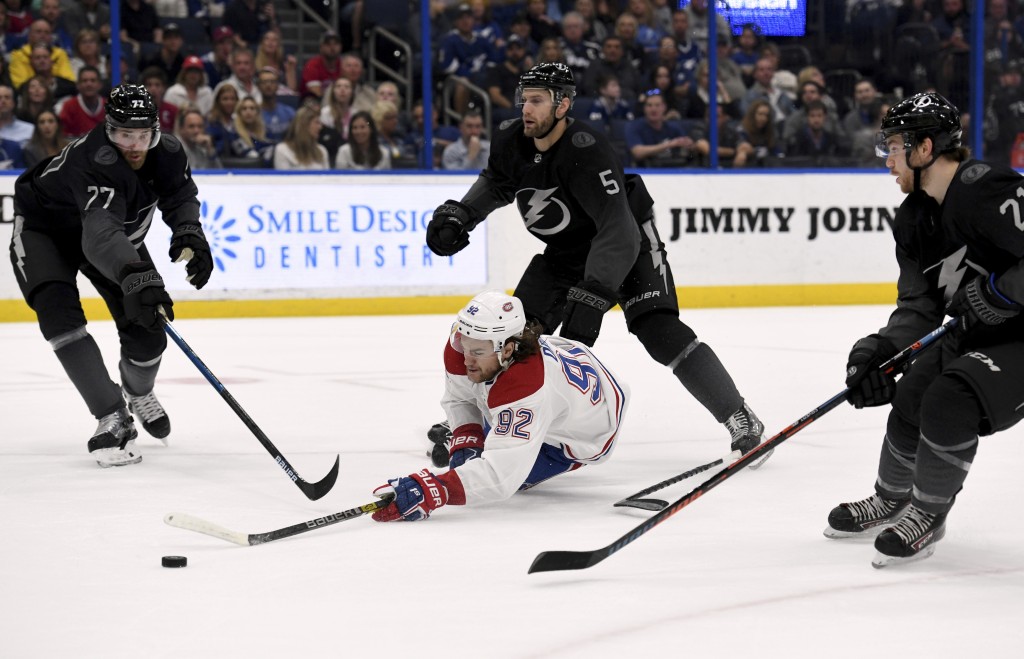 TAMPA, Fla. (AP) — Nikita Kucherov had a goal and an assist in the third period, and the Tampa Bay Lightning beat the Montreal Canadiens 3-0 on Saturday night for their fifth consecutive victory.

Andrei Vasilevskiy finished with 20 saves in his second consecutive shutout and franchise-record 18th for his career. It was Vasilevskiy's sixth shutout of the season, tied with Marc-Andre Fleury for the league lead.

Steven Stamkos had two assists, helping Tampa Bay improve to 7-0-2 in the past nine games. Tyler Johnson scored his 21st goal of the season.

The Canadiens are winless in their past three games (0-2-1) after one loss in the previous 10 games.

After two scoreless periods, the Lightning struck twice 1:25 apart in the third.

On a broken play, Stamkos collected a puck knocked off the stick of Ondrej Palat in the high slot before feeding Kucherov for a one-timer at 2:16. Kucherov extended his goal-scoring streak to four games with his 26th of the season.

Kucherov then knocked the puck off the stick of Jonathan Drouin in the neutral zone with Montreal in the middle of a line change, allowing Brayden Point to feather a pass to Gourde, who skated in alone and fired a wrist shot over Price's stick at 3:41.

Montreal appeared to take the lead 7:11 into the second period when Brendan Gallagher pulled off the wall during 4-on-4 play to create a 2-on-1 down low before feeding Brett Kulak open at the opposite post. But Tampa Bay challenged the play and Jesperi Kotkaniemi was ruled offside.

Vasilevskiy kept the game scoreless late in the second when he stopped Drouin coming down the left wing and then made a save on Gallagher's rebound chance.

Johnson appeared to give the Lightning a 3-0 lead, but the goal was overturned for goaltender interference at 11:53. Johnson scored on a 2-on-1 at 16:46.

NOTES: Tampa Bay D Erik Cernak returned to the lineup up after missing two games with a lower-body injury. ... Montreal C Paul Byron missed his fifth consecutive game with an arm injury. ... Kucherov recorded his 50th career power-play goal, moving past Brad Richards for fourth-most in franchise history. ... Tampa Bay has three players (Point, Stamkos and Kucherov) with at least 70 points, becoming the first team since the 1995-96 Pittsburgh Penguins with three players to reach the 70-point mark by the 60-game mark of the season. ... Montreal was shut out for the fourth time this season.

Lightning: At Columbus on Monday

Canadiens: At Florida on Sunday