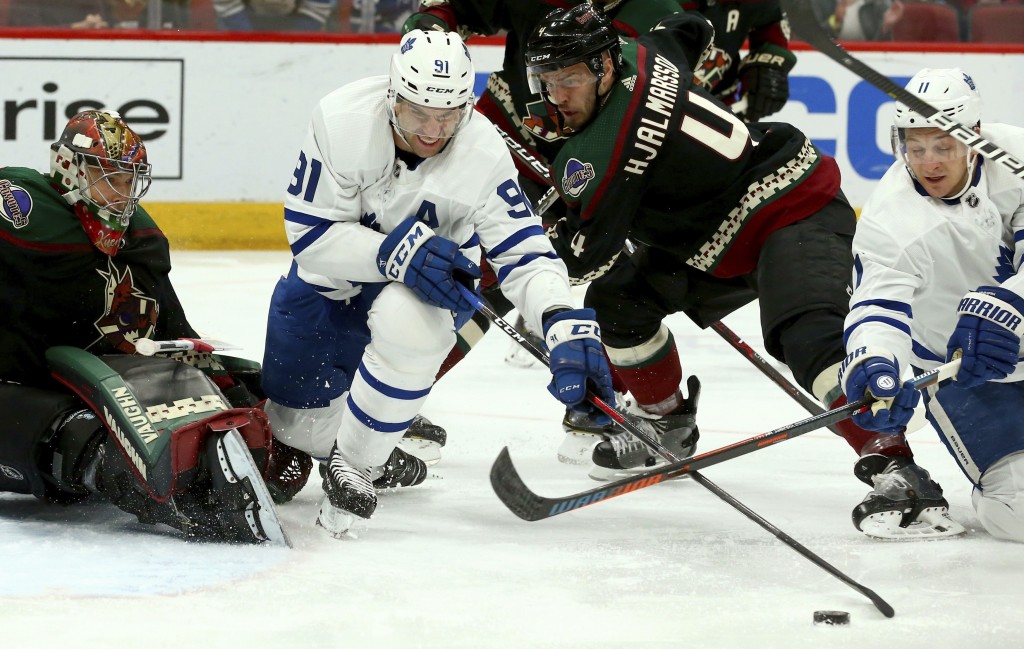 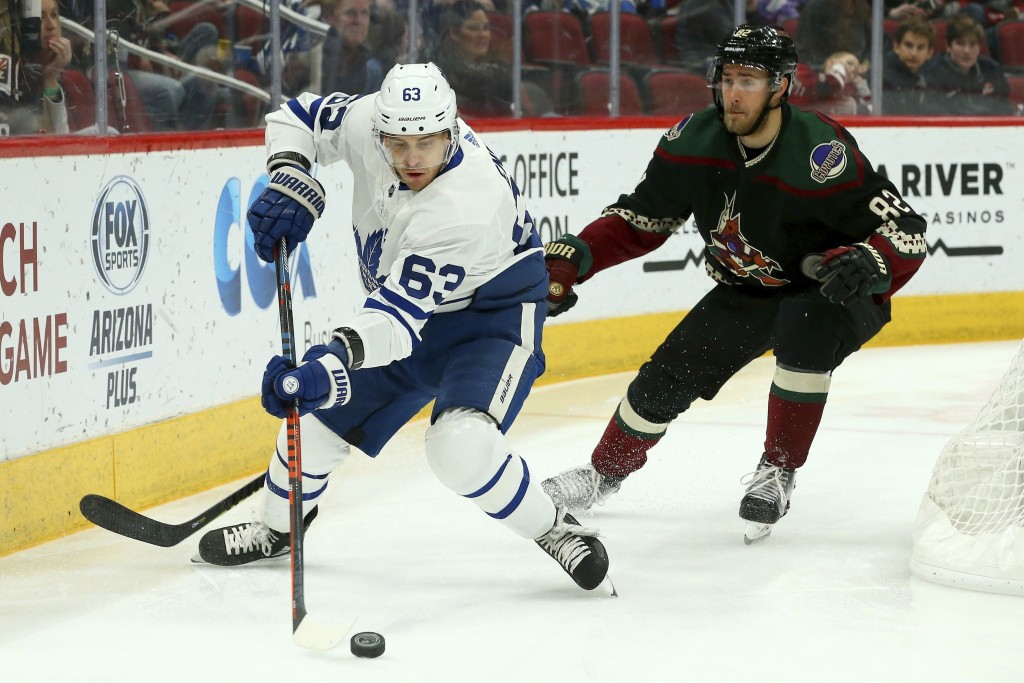 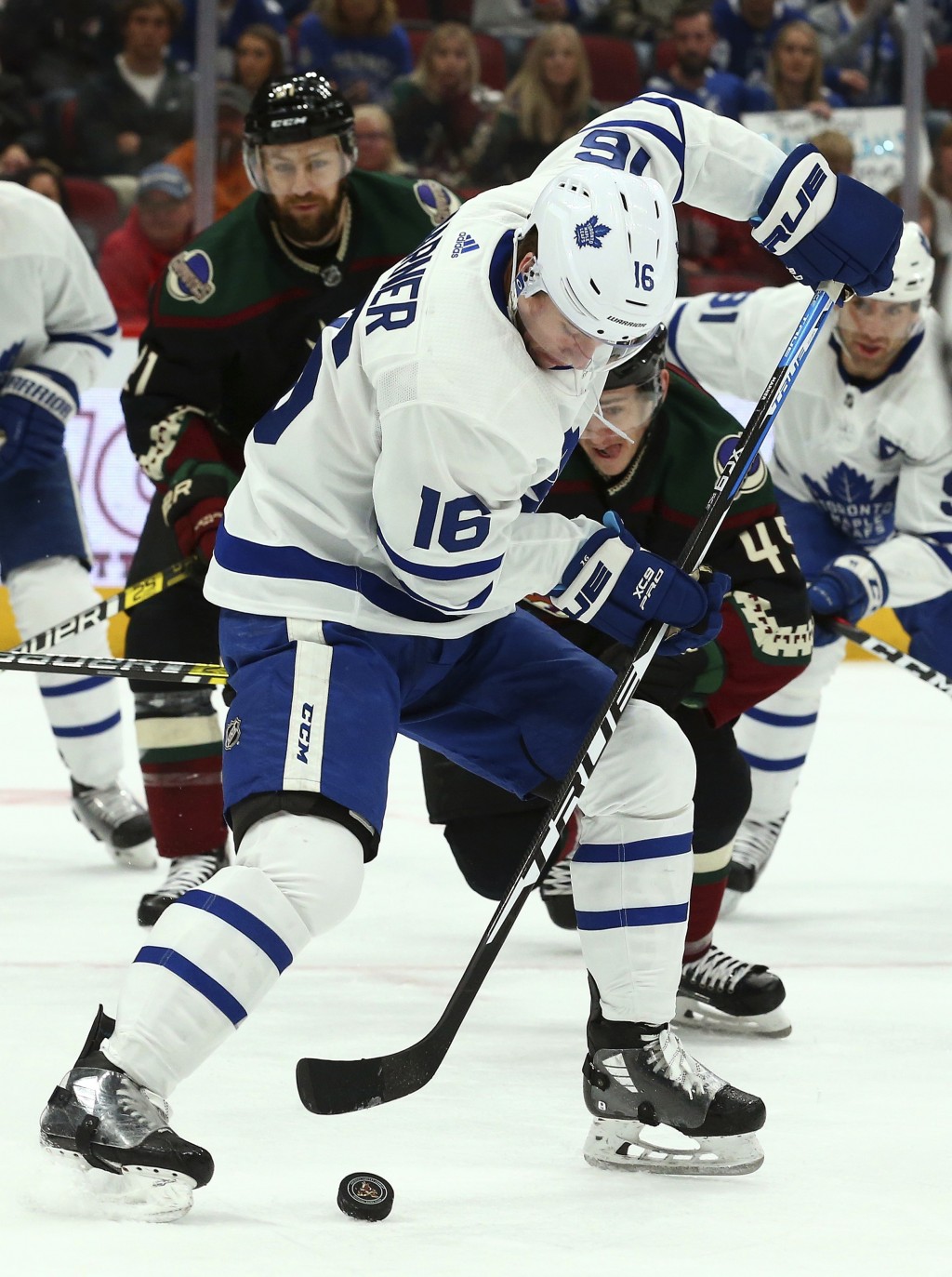 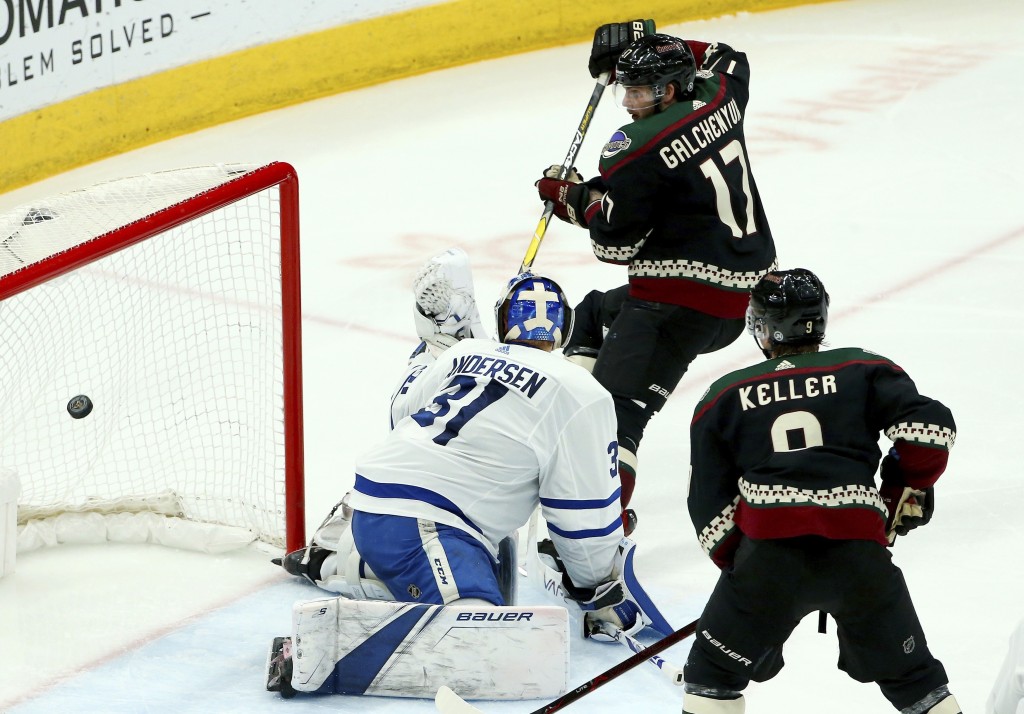 GLENDALE, Ariz. (AP) — Darcy Kuemper stopped 21 shots and the Arizona Coyotes spoiled Auston Matthews' return to his hometown with a 2-0 victory over the Toronto Maple Leafs on Saturday night.

Arizona won the teams' first meeting 4-2 in Toronto last month and took control of the rematch with goals by Alex Galchenyuk and Josh Archibald in the second period.

Kuemper was sharp after allowing four goals his previous start, earning his second shutout of the season and No. 13 for his career.

Matthews grew up in Scottsdale and became the first Arizona-born player to be selected No. 1 overall in the NHL draft in 2016.

He arrived home on a hot streak.

Matthews scored two goals in the Leafs' 6-3 win over Vegas on Thursday night, including the 100th of his career, giving him six points in two games.

Arizona held Matthews in check most of the night, limiting his scoring chances while frustrating all the Maple Leafs.

The Coyotes had a sluggish start against St. Louis in their last game, falling into a 2-0 first-period hole in a 4-0 loss Thursday night.

Arizona was much sharper against the Maple Leafs, playing well in its own end and creating numerous scoring chances. Andersen made some difficult saves and Archibald missed the net left on a short breakaway.

The Coyotes kept buzzing the offensive zone in the second and Galchenyuk scored his team-leading 13th goal early in the period, one-timing a pass from Jordan Oesterle from the right circle over a sliding Anderson.

Archibald made it 2-0 about two minutes later, lifting the puck over Andersen's glove side on a rebound off a Derek Stepan shot.

Kuemper made a series of saves later in the period after Oliver Ekman-Larsson was called for a four-minute high-sticking penalty, including a shot by Tyler Ennis from just outside the crease.

Toronto's William Nylander appeared to have scored an incredible goal early in the third period, catching a flying puck with his stick and pulling it backward. The puck hit his shoulder and caromed past Kuemper, but the officials ruled he hit it with a high stick. A video review confirmed the call.

NOTES: Toronto LW Andreas Johnsson did not play after injuring his leg against the Golden Knights. ... The meeting was the 100th between the franchises, dating to 1979, when the Coyotes were still in Winnipeg. ... Coyotes RW Richard Panik was out sick.

Arizona plays at Calgary on Monday.