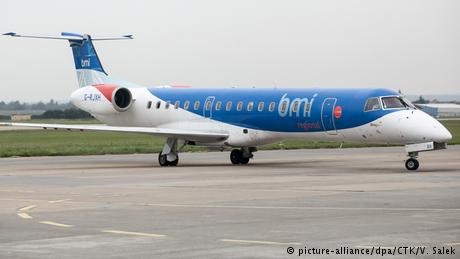 British regional airline Flybmi announced Saturday it has ceased operations and filed for administration, citing among other things uncertainty caused by Brexit.

Parent company British Midland Regional Limited said it had canceled all flights with immediate effect and its 17 airplanes would no longer connect 25 European cities.

"The airline has faced several difficulties, including recent spikes in fuel and carbon costs," a spokesperson said. "Current trading and future prospects have also been seriously affected by the uncertainty created by the Brexit process."

The airline, based in the East Midlands region of England, said it had difficulty securing post-Brexit flying contracts to destinations in Europe and there was uncertainty about being able to serve destinations after Britain leaves the EU on March 29.

It is the latest company to be impacted by Britain's exit from the EU, with several firms saying they would move their headquarters out the country.