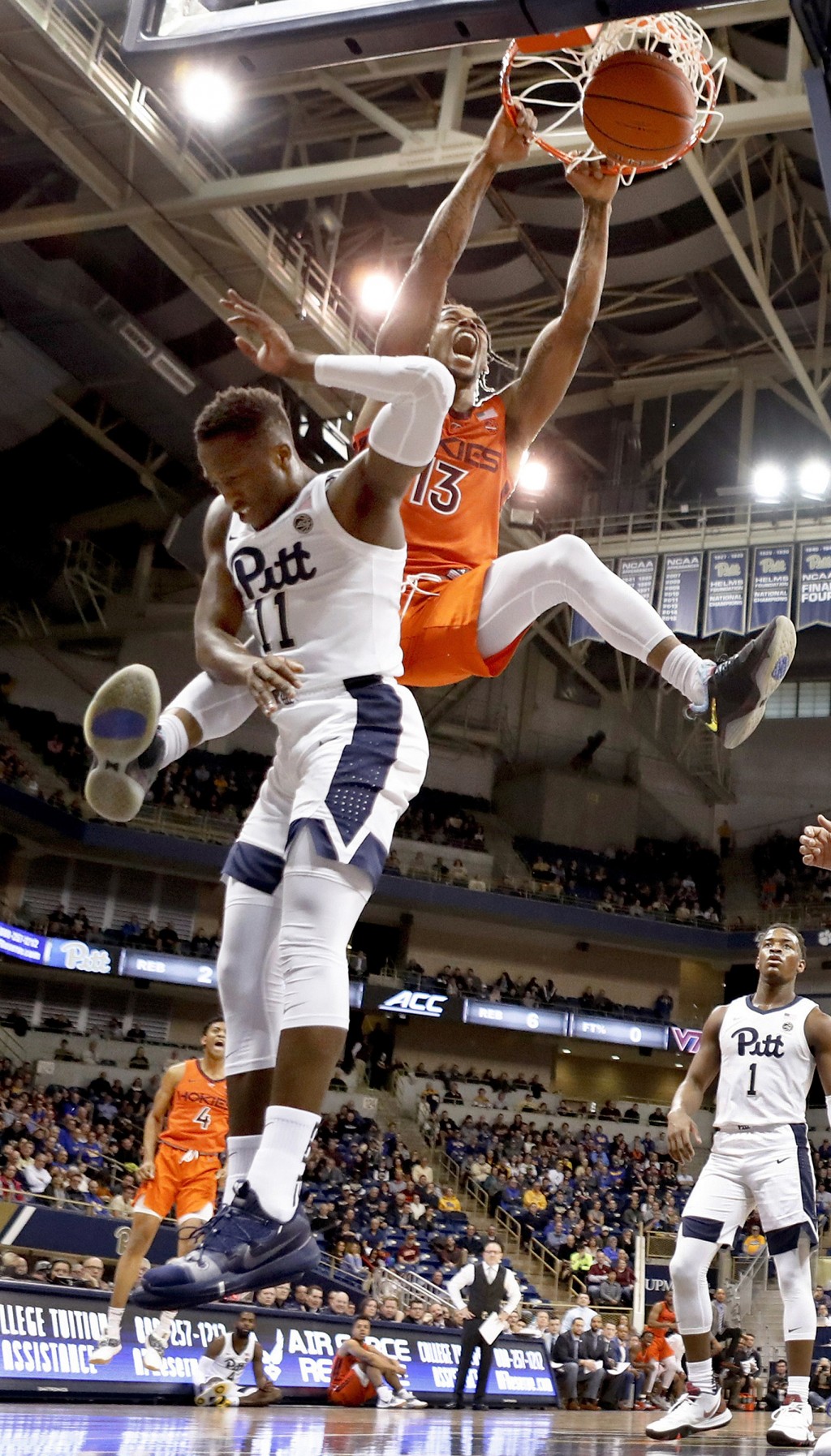 The 6-foot-10, 250-pound Blackshear overwhelmed the undersized Panthers, making his first six field goal attempts on his way to a nearly flawless performance that almost matched the career best he posted in a victory over Pittsburgh last season. The junior made 8 of 9 shots from the field, including all three of his 3-point attempts, and went 10 of 11 from the free throw line in addition to grabbing nine rebounds.

The Hokies (20-5, 9-4 Atlantic Coast Conference) have won two straight following a two-game losing streak and avoided a letdown ahead of a visit from rival and fourth-ranked Virginia next week by fending off several surges by the Panthers.

Having Blackshear helped. He scored a career-high 31 on 12-of-16 shooting last year against Pitt and was even more efficient this time around. Jumpers. Putbacks. Layups. Dunks. He was dominant from nearly start to finish no matter who the undersized Panthers threw at him.

Though Pitt (12-14, 2-11) kept scrapping — at one point 6-3, 185-pound freshman Trey McGowens threw Blackshear to the floor as the two battled for a loose ball — the Panthers dropped their ninth straight.

Xavier Johnson led Pitt with 18 points. Sidy N'Dir chipped in 12 points and six rebounds but every time the Panthers appeared ready to make a push, the Hokies responded. When Johnson's 3-pointer drew the Panthers within 48-46 with 7:28 to go in the second half, Virginia Tech knocked down three straight 3s of its own —including one by Blackshear to extend the advantage to 59-47.

Pitt eventually got within 63-56 on a pair of free throws by Johnson with 1:58 remaining and created a turnover in the backcourt when N'Dir stepped in front of a pass. Panther guard Kham Davis drove to the basket for a layup but the bucket was waved off when officials called Davis for a charge.

Blackshear immediately converted two free throws at the other end to make it 65-56 and Virginia Tech did just enough down the stretch to win their fourth consecutive meeting with the Panthers.

Virginia Tech: The Hokies seem to have overcome the offensive issues that plagued them in losses to Louisville and Clemson earlier this month. Virginia Tech shot 51 percent (21 of 41) from the floor and 10 of 21 from 3-point range.

Pitt: The problem for the Panthers isn't effort by simple physics. Pitt lacks the size to create any sort of offensive threat inside, allowing teams to play zone and force the Panthers to chuck it from deep. Defensively there's little they can do against a legitimate post presence. Blackshear got wherever he wanted to do whatever he wanted no matter how many different bodies the Panthers threw at him.

Virginia Tech: Will look to avenge an 81-59 road loss to the Cavaliers on Jan. 15 when Virginia travels to Cassell Coliseum on Monday.