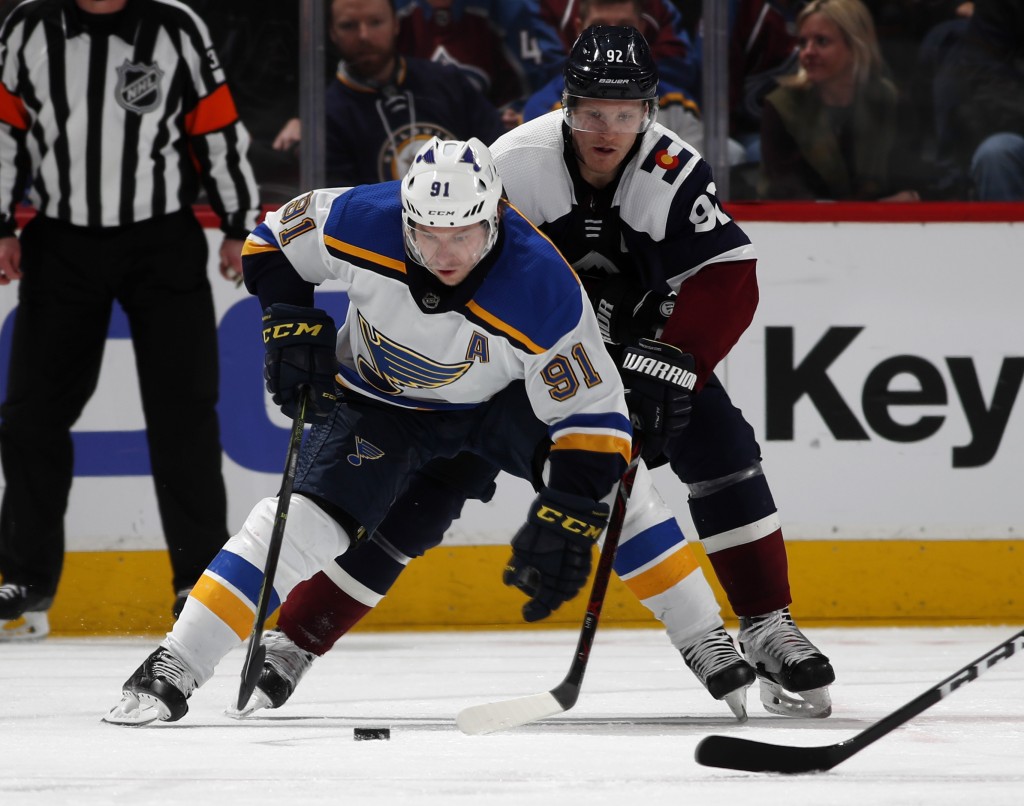 The Blues outshot Colorado 25-19 through the first two periods, but couldn't get one past Semyon Varlamov until Tarasenko broke through with his 25th goal at 4:01 of the third.

After Colorado nearly scored at the other end, Sanford scored on an ensuing odd-man rush, tipping Oskar Sundqvist's pass past Varlamov at 4:58 for his seventh of the season. Tarasenko also assisted on the goal.

PHILADELPHIA (AP) — Travis Konecny scored his second goal of the game 1:27 into overtime and Philadelphia beat Detroit after blowing a four-goal lead in the third period.

Detroit remained winless in Philadelphia for more than 20 years. The Flyers are 15-0-1 at home against the Red Wings since getting swept in the 1997 Stanley Cup Final. They will again Sunday night in Detroit.

Detroit tied it on Anthony Mantha's second goal of the game with seven seconds remaining in regulation.

PITTSBURGH (AP) — Michael Frolik had the first of four second-period goals for Calgary and the Flames beat Pittsburgh to end a four-game skid.

Evgeni Malkin had two third-period, power-play goals for the Penguins, Sidney Crosby had a goal and two assists, and Jake Guentzel added a goal.