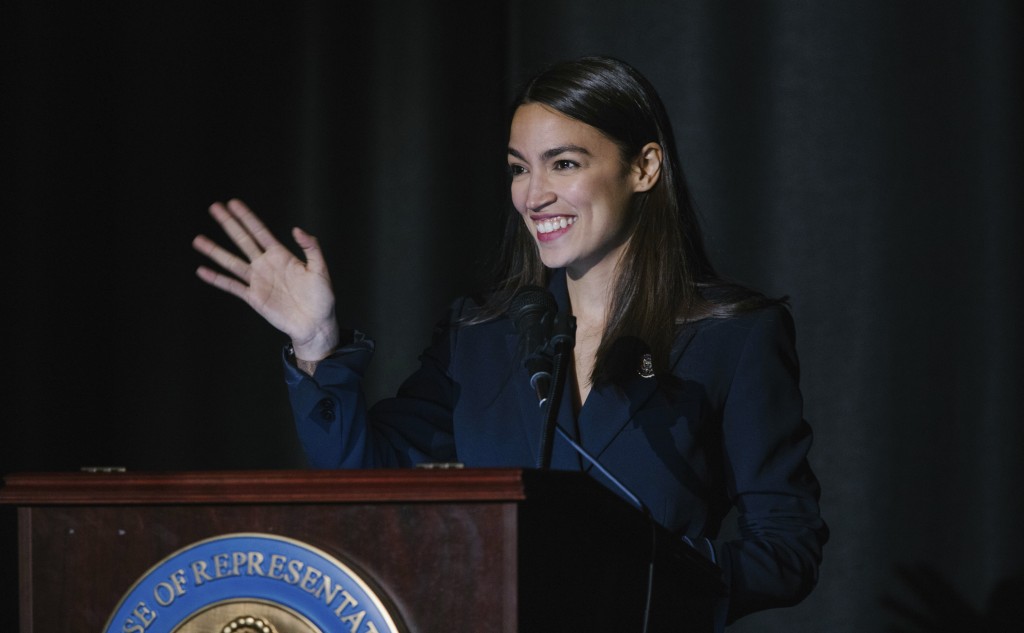 NEW YORK (AP) — Rep. Alexandria Ocasio-Cortez is urging supporters to keep up the kind of activism that resulted in Amazon rescinding its plan to build a campus in New York City.

The freshman Democratic lawmaker said Saturday that it's "not just about any job, it's about dignified jobs in New York City."

Ocasio-Cortez spoke at a ceremonial swearing-in at a high school in the Bronx.

She did not mention Amazon by name but said New Yorkers "do not have to settle for scraps in the greatest city in the world."

Amazon announced Thursday that it would abandon a plan to build a secondary headquarters in Queens.

Ocasio-Cortez was one of many elected officials who opposed the deal to offer Amazon $2.7 billion in tax incentives and subsidies for a New York headquarters.