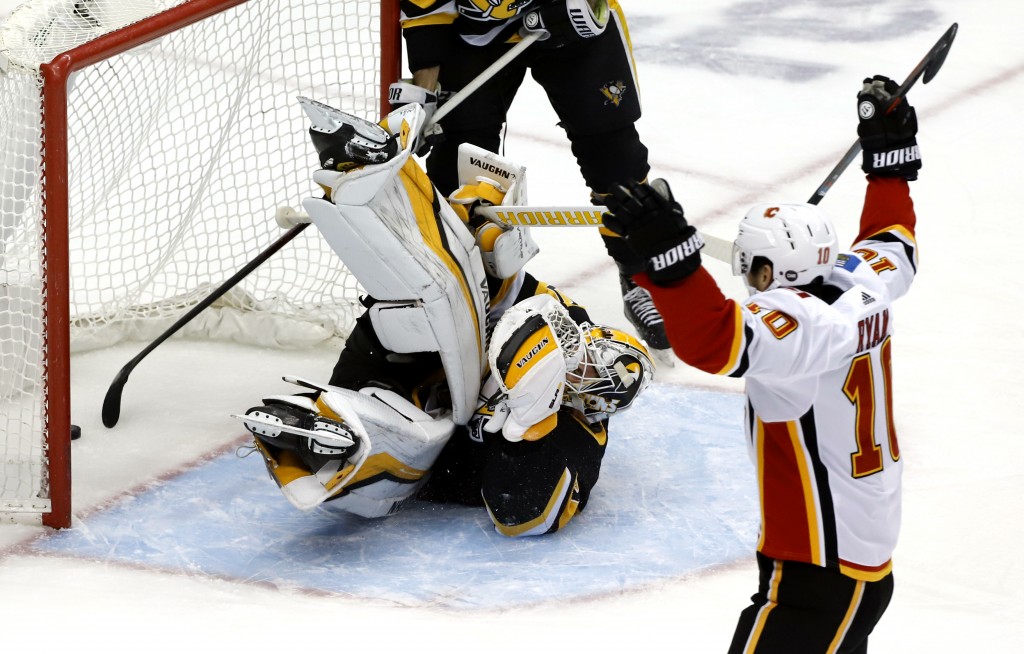 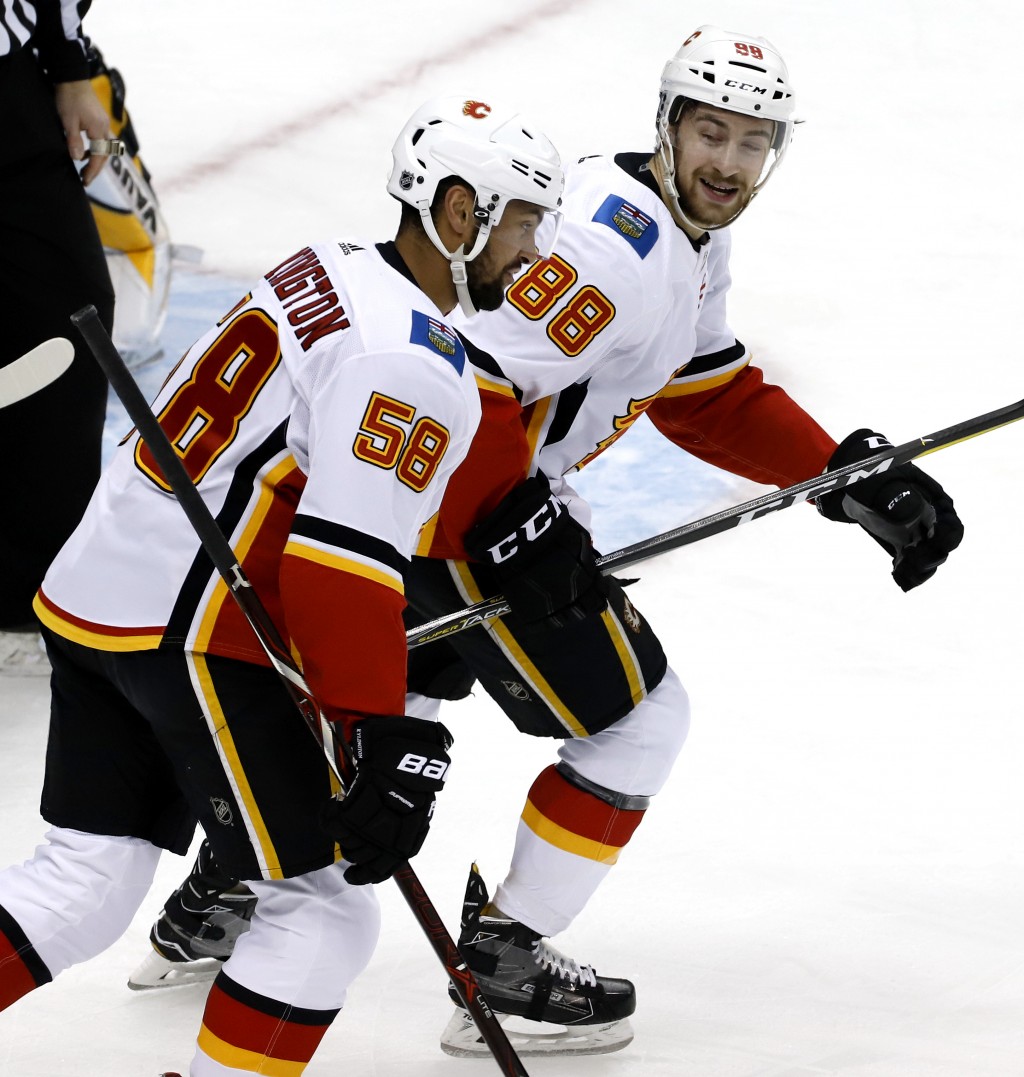 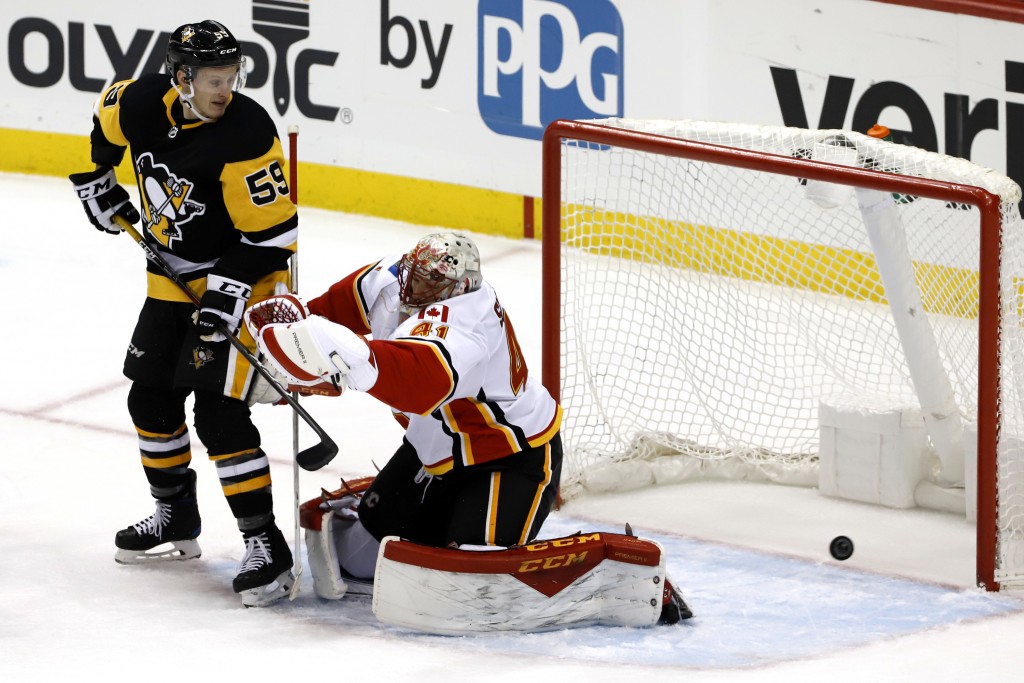 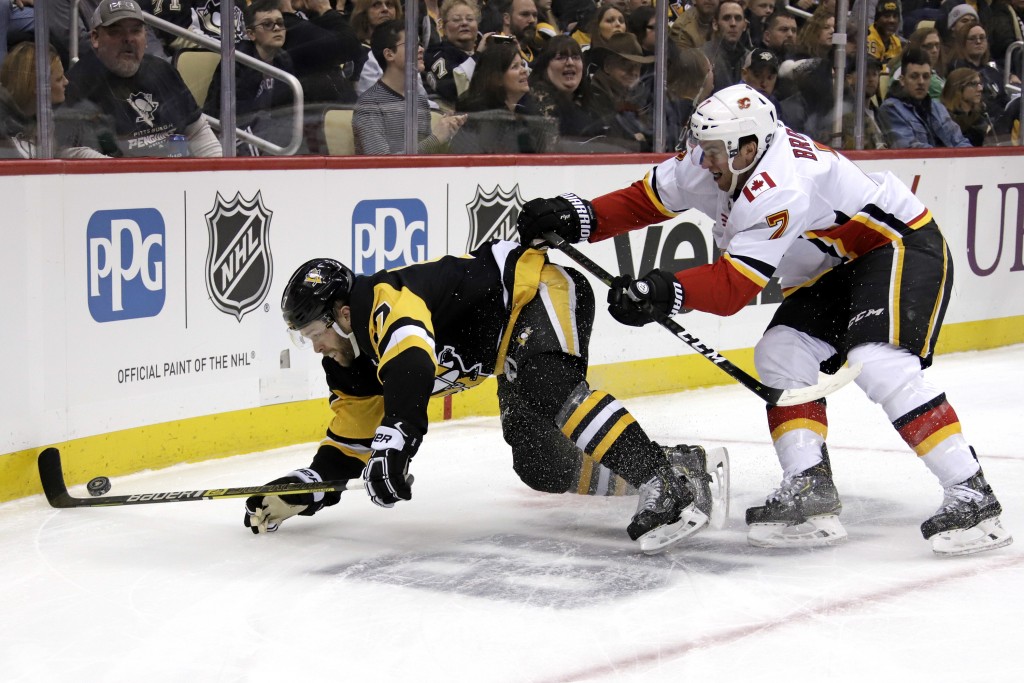 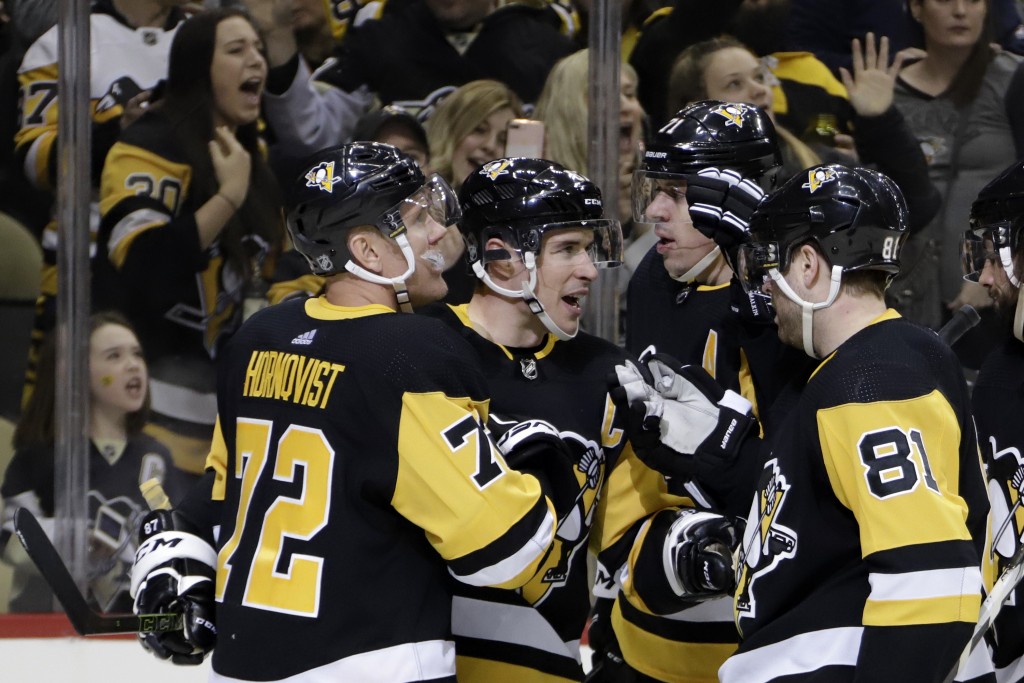 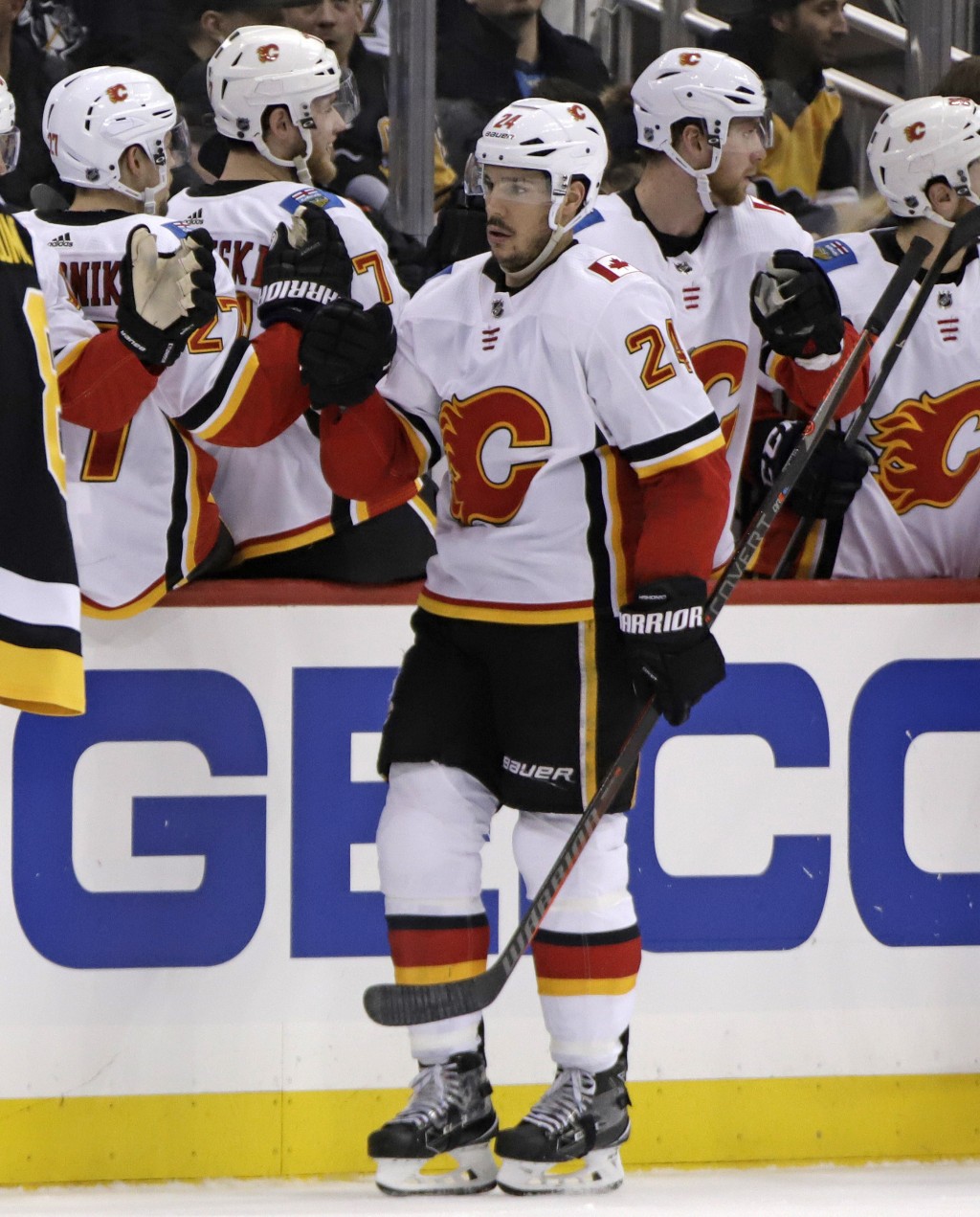 PITTSBURGH (AP) — Michael Frolik had the first of four second-period goals for Calgary, and the Flames held on to snap a season-long four-game skid with a 5-4 win over the Pittsburgh Penguins on Saturday.

Frolik, Austin Czarnik, Travis Hamonic and Sam Bennett scored during a mid-game 17-minute span for Calgary, which avenged a 9-1 loss to Pittsburgh in October during the teams' other meeting this season.

Back after serving a one-game suspension for swinging his stick at Philadelphia's Michael Raffl, Evgeni Malkin had a pair of third-period power-play goals for the Penguins. But Pittsburgh couldn't get the equalizer past goalie Mike Smith, who made 34 saves to win for the first time since Jan. 13.

Calgary never trailed after Andrew Mangiapane opened the scoring 7:06 into the game.

Sidney Crosby had a goal and two assists for the Penguins, who had won their previous two.

Pittsburgh got back defenseman Justin Schultz, who had missed 53 games with a fractured left leg. Schultz assisted on Jake Guentzel's goal that tied the game at 1 late in the first period and finished with even plus/minus rating. But the Penguins allowed at least five goals for the seventh time over their past 17 games and are 7-9-1 in that time.

The Penguins have dropped to the final playoff spot in the Eastern Conference. They entered Saturday one point clear of ninth-place Carolina.

Malkin nearly pulled Pittsburgh back from a 5-2 deficit with goals at 5:42 and 14:41 of the third period, each of which was assisted by Crosby.

Crosby had perhaps the two best chances after during a desperate period of 6-on-5 pressure over the game's final 90 seconds. One was an attempted swat at a waist-high puck that sailed over the net; another from the right-wing circle went just to the far side. The Penguins also had a chance off the faceoff after an icing with 10 seconds left.

Before he was relieved by Casey DeSmith for the start of the third period, the Penguins' Matt Murray allowed five goals on 24 shots, though his performance was at least in part attributable to some shoddy defense and some bad luck.

The puck on the goal credited to Mangiapane — the second of his career — hit at least three sticks after it was shot from the left point by Oliver Kylington.

The goal that gave the Flames the lead for good 1:29 into the second period was a loose puck swatted in when no Penguins player picked up Frolik after Murray had stopped Matthew Tkachuk.

Ninety-three seconds after that, Czarnik's third of the season was a shot from the top of the left circle that deflected off the stick of a Penguins defender. And Hamonic's goal from the right-wing boards with 3:58 left in the second hit Guentzel's stick on the way in.

Bennett's goal 2½ minutes later gave Calgary five goals in a game for the 18th time this season. The Flames moved into second in the NHL in goals.

NOTES: Flames C Derek Ryan had three assists, the second three-point game among the 210 he's played in the NHL. ... Penguins RW Phil Kessel had two assists, the first of which (on Crosby's goal) accounted for his 800th career point. Kessel is the 17th U.S.-born player to reach that milestone. ... Crosby has eight points over his past four games.

Flames: Calgary will return to the Scotiabank Saddledome for the first time in 11 days when it hosts the Arizona Coyotes on Monday.

Penguins: The Penguins play home games on consecutive days for the second of three times all season, hosting the New York Rangers on Sunday.