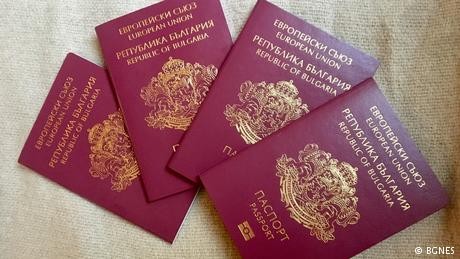 By granting citizenship in order to subdue neighboring peoples, the European Union is following the example of the Roman Empire. For many years, the EU's promise of enlargement had pacified and stabilized the citizens of neighboring countries. Then something happened. Though the pan-European citizenship foreseen by the Maastricht Treaty might have provoked uneasiness, the real shock came with the bloc's eastern enlargement. Though Beethoven's "Ode to Joy" played customarily in the background, the new member states Bulgaria and Romania, for example, were welcomed with little joy when they joined the bloc in 2007. Rather than enlargement, the discussion turned to where the EU might fix its final borders.

Another problem occurs when countries claim ethnic minorities in other member states as their own. Although Hitler's notion of "Volksdeutsche" has been rejected as an excuse for military interventions in sovereign countries, the practice of giving "blood" a legal status seems to persist. For example, following the collapse of the Soviet Union, Germany and Greece granted citizenship to ethnic Germans and Greeks from the Eastern bloc's successor states. Hungary and then Bulgaria have used the "Volk" principle in an even more nationalistic way: These countries have made a claim to bordering territories, with officials saying they were torn off in unjust wars. Granting citizenship rights to ethnic Hungarians abroad has been used as a political statement by the country since 1993.

In the case of Bulgaria, there often aren't any documents of ancestry (which is not uncommon in the Balkans). Thus, ethnic Bulgarians abroad have to prove their "Bulgarian consciousness." According to the ideology of Bulgarian nationalism, Macedonians — that is, citizens of the newly rechristened Balkan nation of North Macedonia — can easily claim this: They are part of the "Bulgarian nation." After receiving their passports, the new Bulgarian citizens can leave for other EU countries, where they have the right to work without a visa.

There aren't any clear criteria to define what a "Bulgarian consciousness" means, so designated officials determine this. Until 2018, when the practice was discovered, passports were sold for just €5,000 a piece ($5,650). The scheme involved members of one of Bulgaria's nationalist parties.

There are also the golden visa and citizenship-for-investment programs. The European Commission has recently criticized Bulgaria, Cyprus and Malta for engaging in these practices. However, the issue wasn't that legal status was being sold, but that it might be sold to criminals. Justice Commissioner Vera Jourova mentioned Russians, who often obtain EU citizenship from countries that engage in such practices.

Security is not the only problem. Behind the legal facade, there is a real marketplace in which citizenship is being sold in a ferocious competition between governments. Thus, smaller countries offer lower levels of mandatory investment. Other countries promise that there will be no medical or language requirements. Applicants can fast-track the process by offering specific sums or donations. The best deal is citizenship with "no physical presence required": Thus, the future investors can adopt a new country without even having to leave the offshore haven beaches where they reside.

The very principle of national belonging seems compromised. Without any connection to moral obligations, citizenship is degraded to a simple instrument for achieving political, ideological or economic goals.

Selling citizenship undermines the EU. Why isn't this perceived as a bigger problem? For the time being, the governments of industrial giants such as Germany don't seem to object to the practices: The expanded EU workforce means a steady flow of cheap foreign labor all done within the letter of the law.

There are two ways out. We could adopt common legislation for granting citizenship throughout the EU: same procedures, same requirements, same rights. But this would be difficult in times of the sovereignist far right. An easier way could be to differentiate between EU citizenship and national citizenship: After becoming Maltese, Bulgarian, etc., you would have to apply for the supranational citizenship. Do not say this is contrary to the treaties: if the practices of misuse persist, some sort of citizenship hierarchy will de facto emerge, whether we like it or not.

Every evening, DW's editors send out a selection of news and features. Sign up to receive it here.