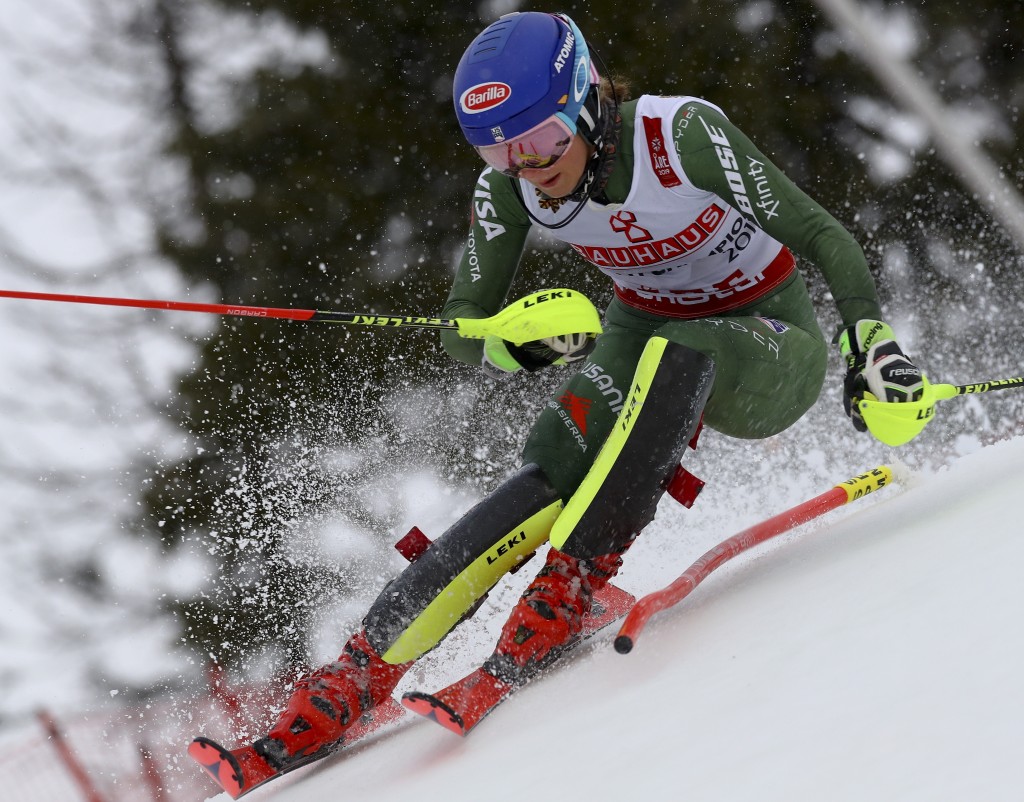 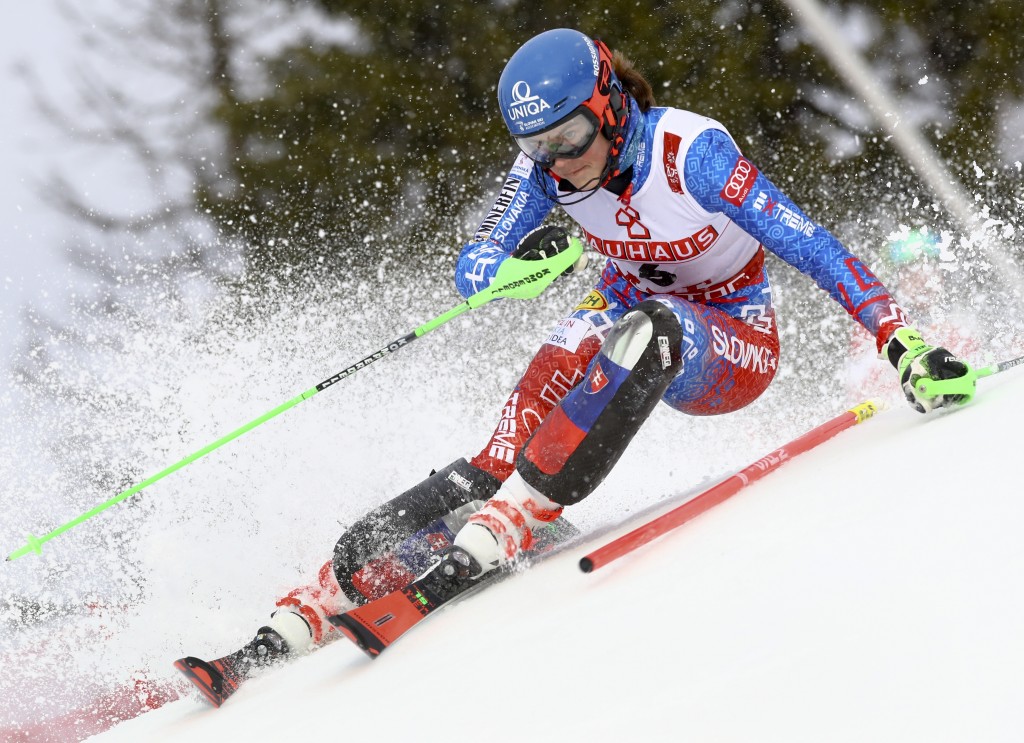 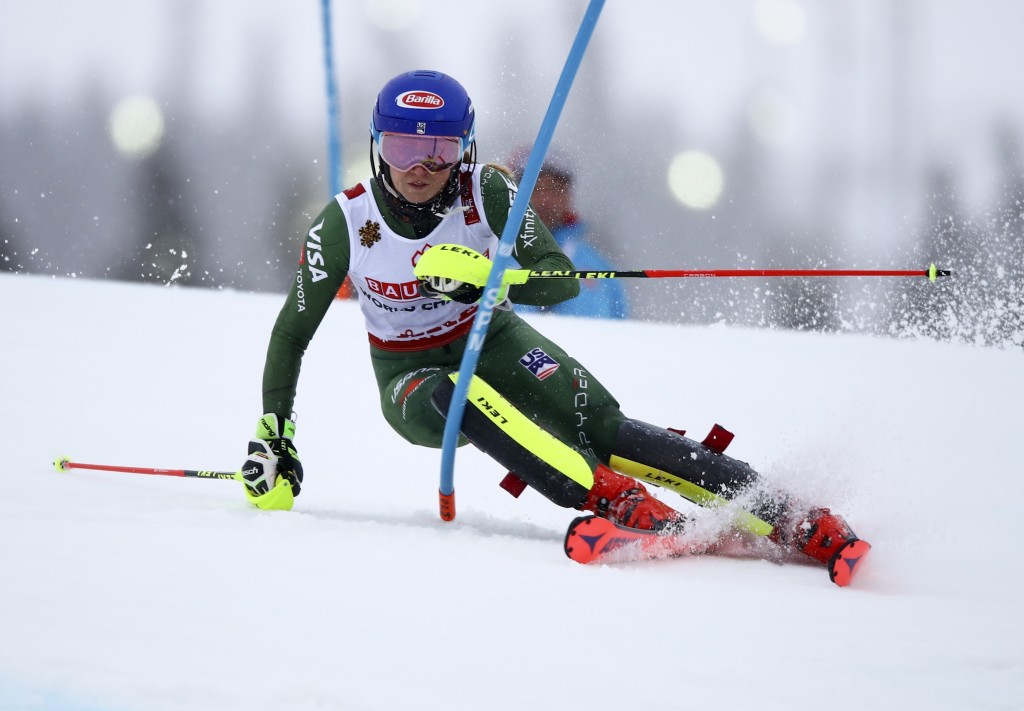 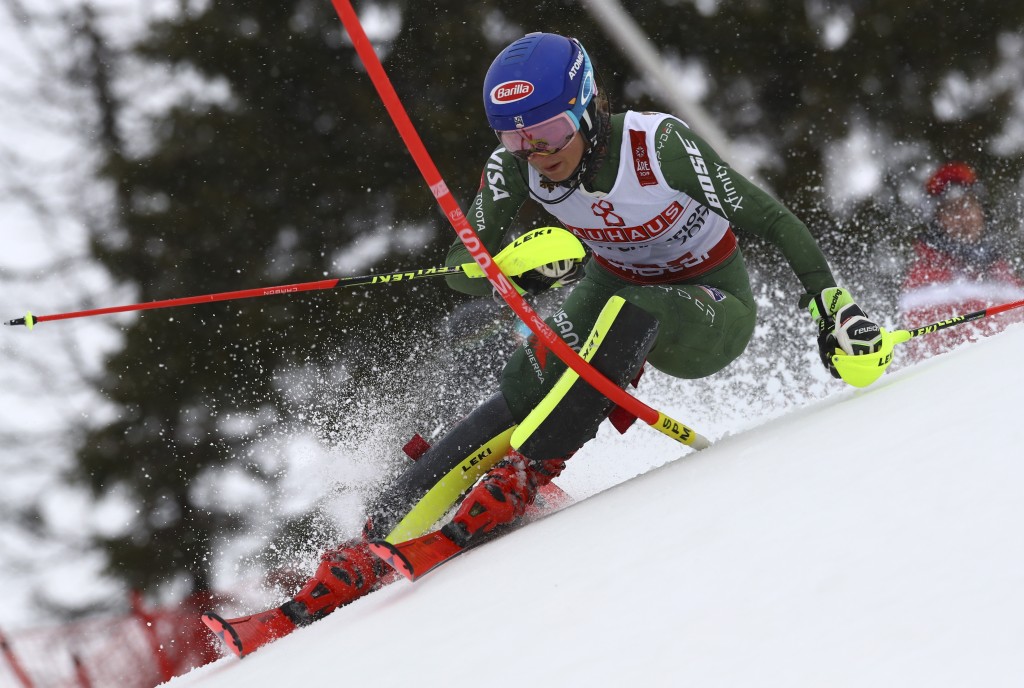 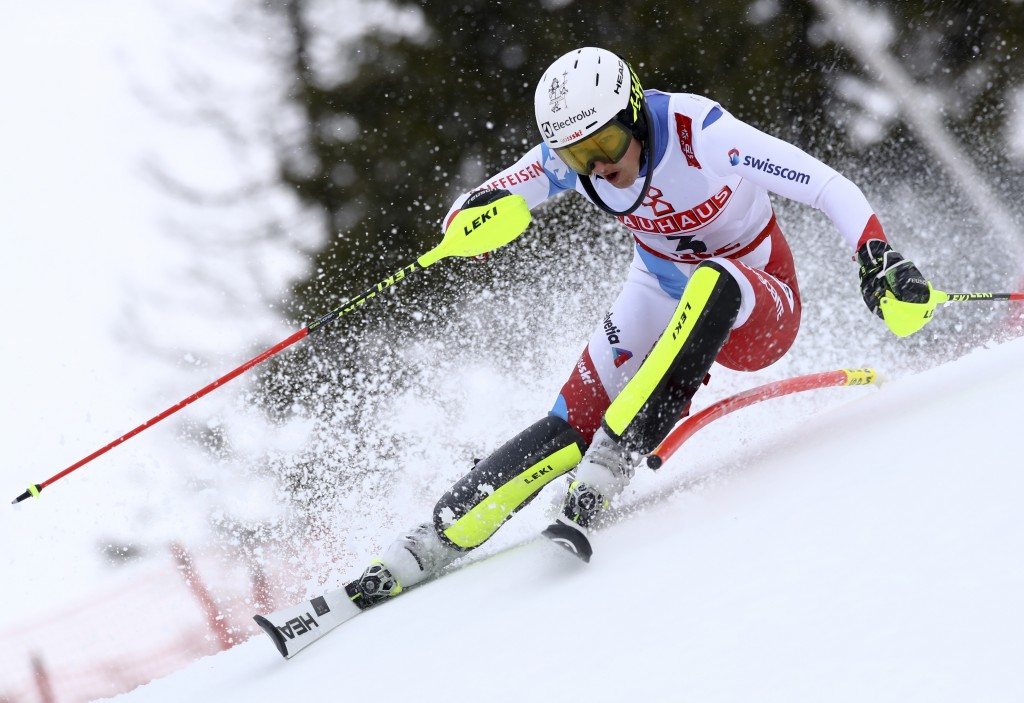 ARE, Sweden (AP) — Skiing through sickness, three-time defending champion Mikaela Shiffrin put herself in the ideal attacking position following the first run of the slalom at the world championships on Saturday.

Anna Swenn Larsson of Sweden was second, 0.11 behind Holdener.

Shiffrin is attempting to become the first skier — male or female — to win the same event at four straight worlds.

Conditions were difficult, with warm weather making the snow soft and slushy, and a mix of snow and rain falling.

Shiffrin already had to deal with strong winds when she settled for bronze in the giant slalom on Thursday.

"Nobody races in perfect conditions so I think I got to toughen up a little bit," said Shiffrin, who has won four of the six slaloms she has raced in Are over her career. "They put water in the track and salt with the water so it's getting it really wet and mixing it with the chemicals. ... I was lucky with starting bib 2. The second run is going to be bumpy and it's going to be a fight."

Holdener can add to her gold from the Alpine combined, while Swenn Larsson is attempting to follow up her best career result, second, achieved in the final World Cup slalom before worlds.

Katharina Liensberger of Austria was fourth, 0.27 behind, and giant slalom winner Petra Vlhova was fifth, 0.46 back.

"I trained with Wendy yesterday and I saw her skiing and she was really good, smooth, powerful. I was behind her, about as far behind her as I am right now," Shiffrin said. "So a little bit I can see the writing on the wall and she's going to be a really high level today.

"I imagine Petra is also trying to overcome some difficulties with managing the energy after the GS and the historic win for Slovakia, so everybody has these little things they are battling mentally and I think Wendy came out guns firing. And Swenn Larsson as well, she's been skiing really well and is also really good in these conditions. ... Anything can happen."

Liensberger, the first starter, is trying to become the first Austrian woman to win a medal at these championships. The last time Austrian women failed to collect a medal at worlds came on home snow in Schladming in 1982.

Shiffrin trailed Liensberger by 0.32 at the final checkpoint but made up nearly half a second on the bottom of the course.