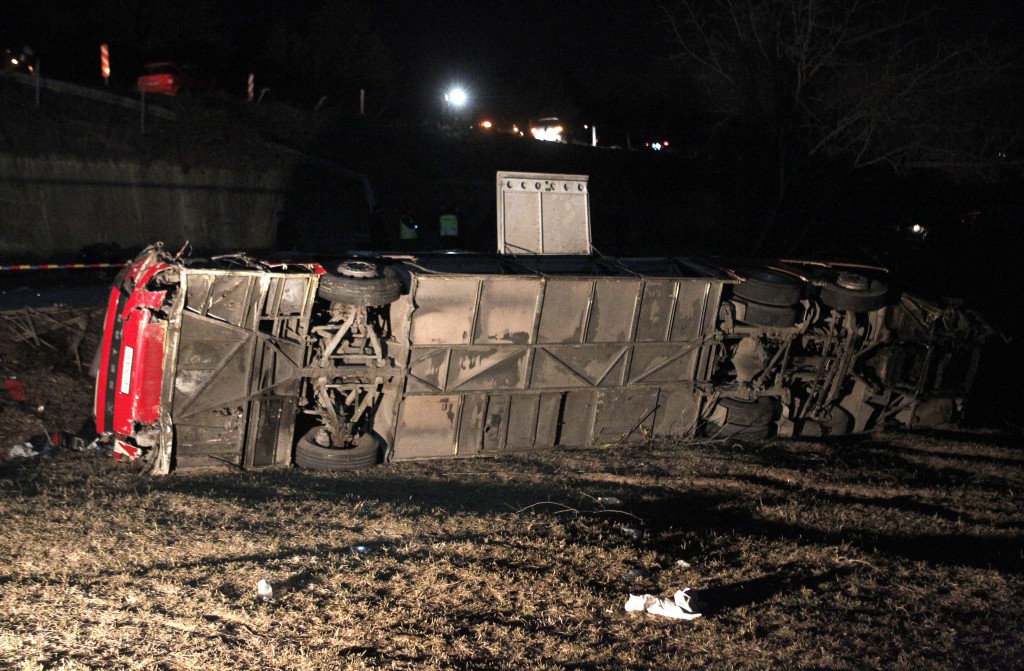 SKOPJE, North Macedonia (AP) — Health authorities say the death toll from a bus crash in North Macedonia has risen to 15 after a man died early Saturday at a clinic in the capital, Skopje.

Authorities are still trying to determine how the bus carrying 51 passengers drove off a highway embankment and overturned west of Skopje on Wednesday.

Prosecutors said that tests showed the driver had not been under the influence of alcohol or drugs.

Authorities have requested assistance from telecommunications operators to see whether the driver, who survived the crash, had been on his cell phone at the time of the accident.

Five people are still hospitalized in life-threatening condition. The bus had been carrying mostly students and office workers from Skopje to Gostivar, 65 kilometers (40 miles) to the southwest.