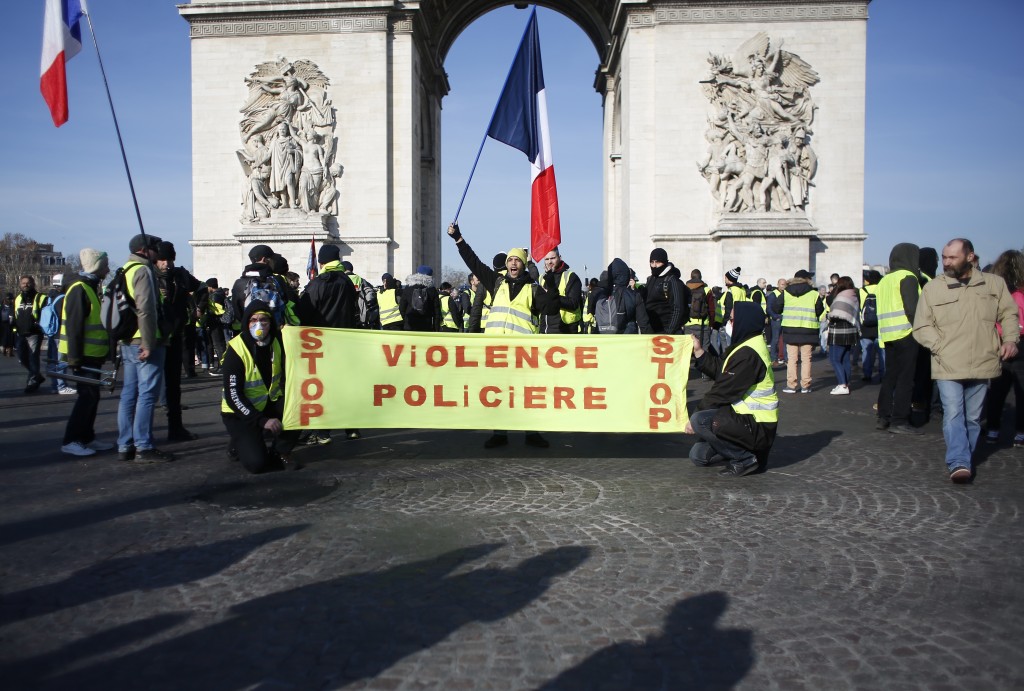 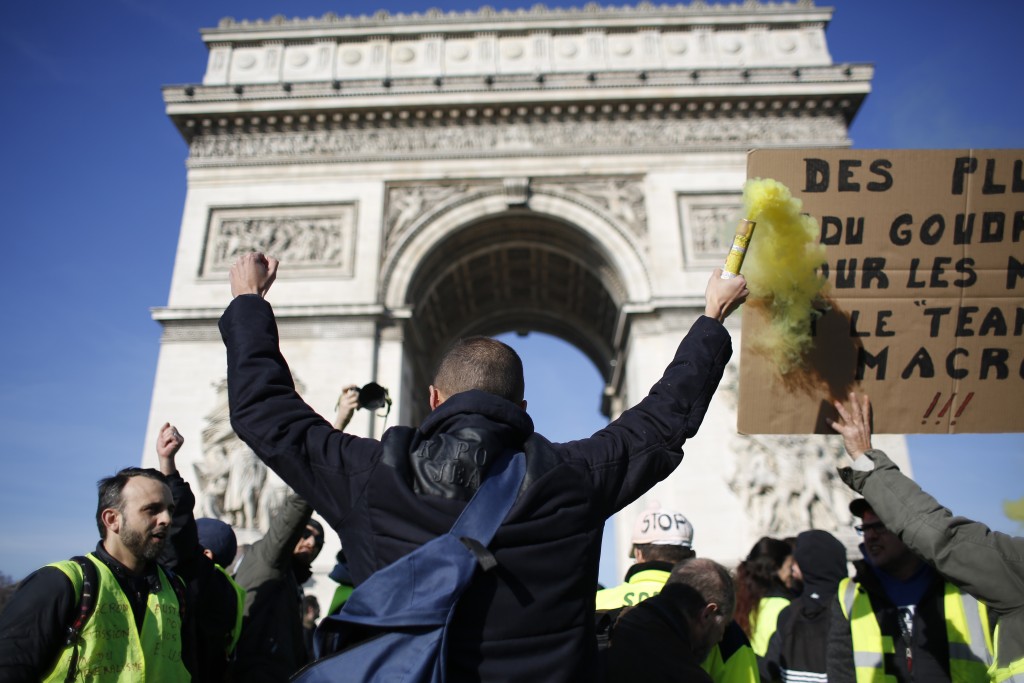 PARIS (AP) — Yellow vest protesters are holding scattered demonstrations around Paris and the rest of France amid waning support for their movement.

A few hundred people gathered peacefully Saturday on the Champs-Elysees, the stage of past rioting. This marks the 14th straight weekend of demonstrations by a movement that started against fuel taxes and grew to a mass movement against President Emmanuel Macron and his pro-business policies.

Another protest planned later Saturday was organized to denounce anti-Semitism, after recent anti-Semitic vandal attacks that raised national concern. Some yellow vest protesters have expressed racist views online and on the sidelines of protests, and French authorities fear the weekend protests are radicalizing.

Polls suggest public support is fading for the weekend protests, which often descend into shocking violence between demonstrators and police.