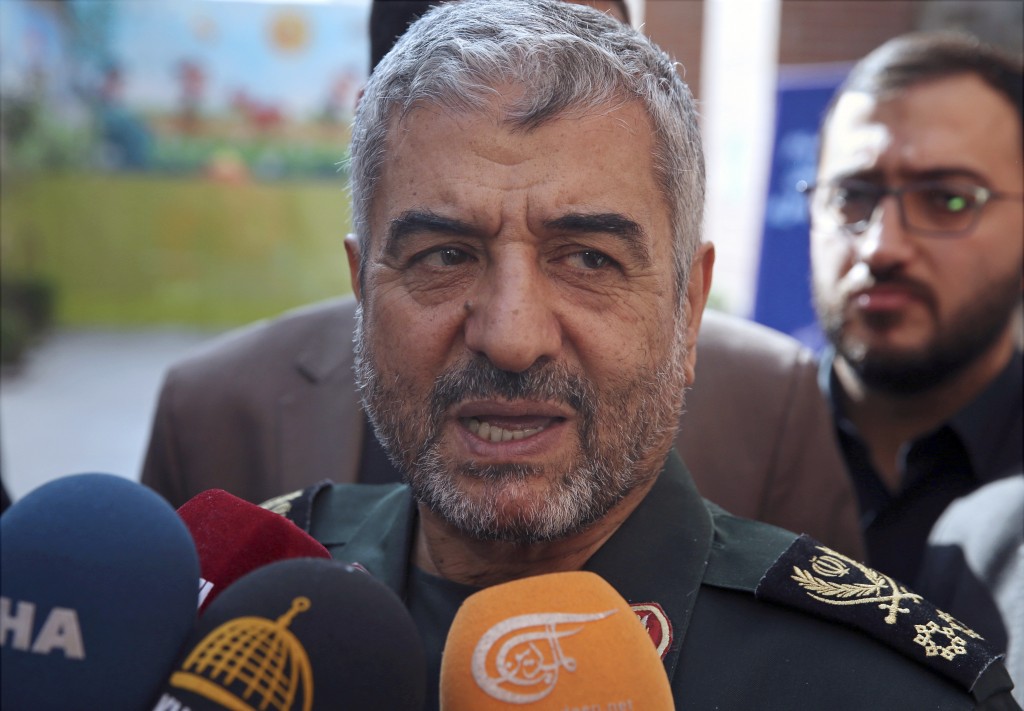 ISFAHAN, Iran (AP) — The head of Iran's powerful Revolutionary Guard has threatened to retaliate against neighboring Saudi Arabia and United Arab Emirates over a suicide car bombing this week that killed 27 members of the elite organization.

Gen. Mohammad Ali Jafari spoke late Friday at one of two funeral ceremonies for the victims of Wednesday's attack in the central Iranian city of Isfahan. He claimed without providing evidence that the United States and Israel ordered Saudi Arabia and the Emirates to carry out the attack, which wounded 12.

"We definitely will retaliate," Jafari said in comments reported by the semi-official Tasnim news agency Saturday.

The bombing immediately raised the possibility of Iranian retaliation against the Jaish al-Adl Sunni militant group that claimed responsibility for the attack. It mainly operates near Iran-Pakistan border.