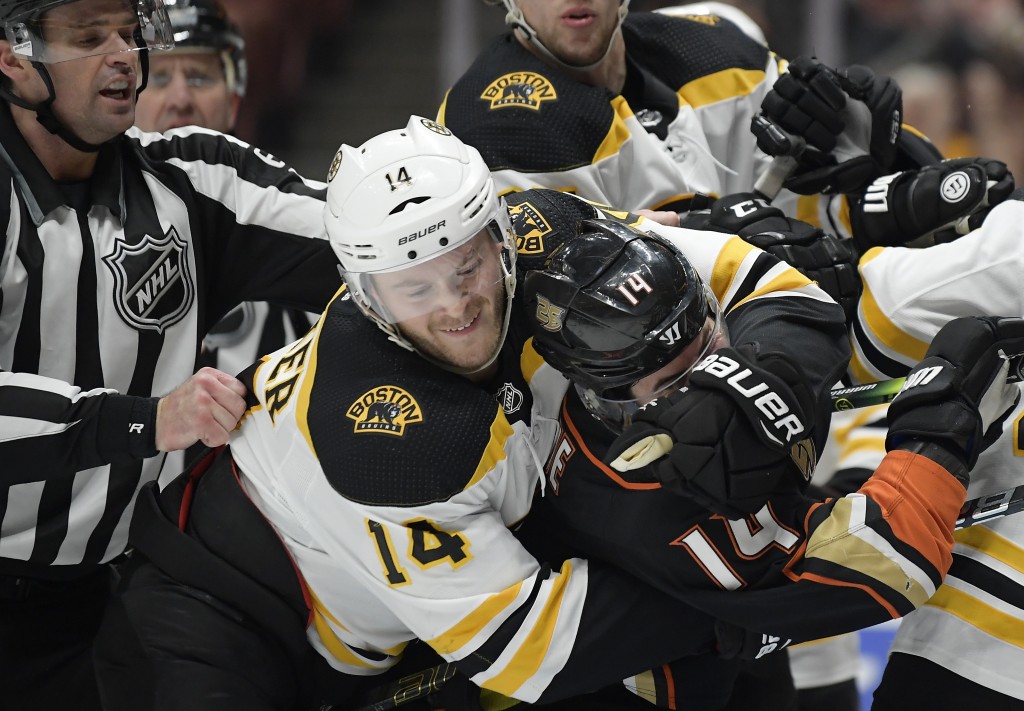 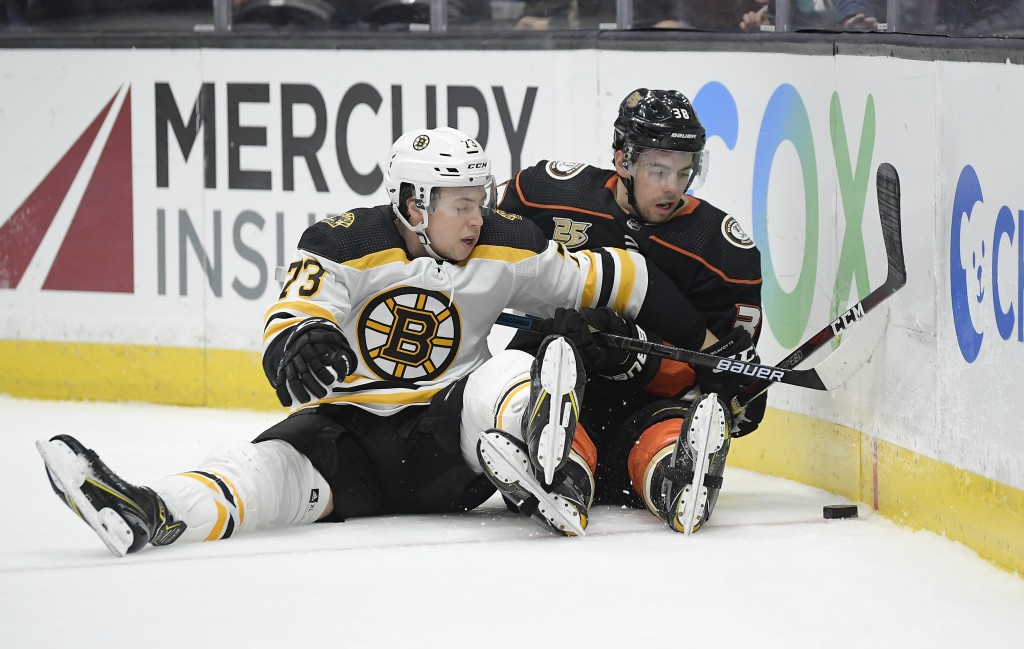 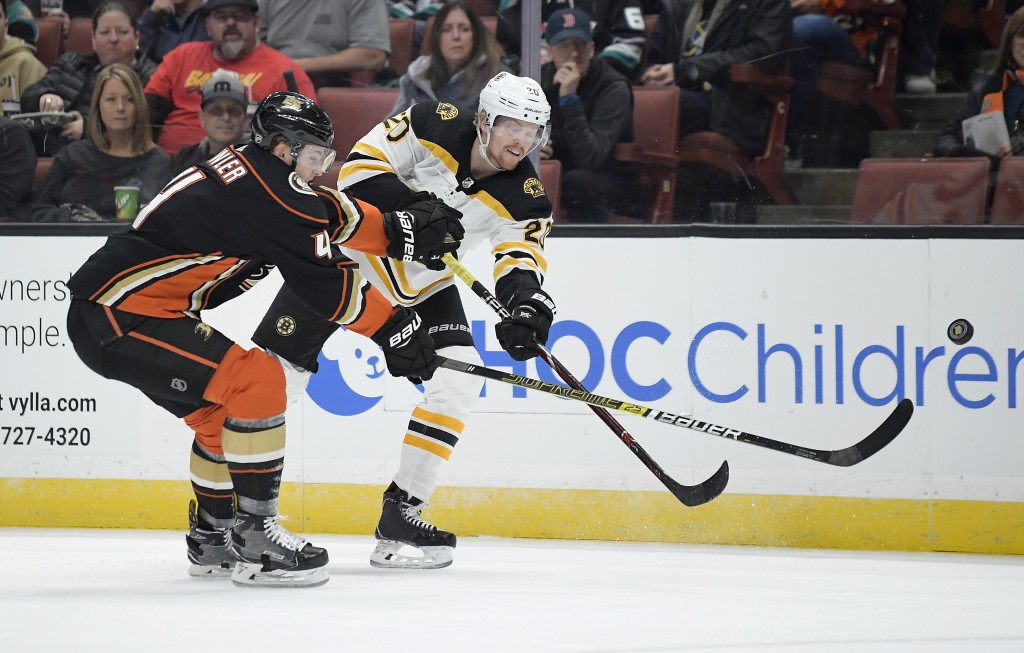 ANAHEIM, Calif. (AP) — Jaroslav Halak made 30 saves in his fourth shutout of the season, and the Boston Bruins beat the Anaheim Ducks 3-0 on Friday night for their fourth consecutive victory.

Noel Acciari and Jake DeBrusk scored for the Bruins, who have earned at least a point in nine consecutive games. Chris Wagner added an empty-netter with 1:31 remaining.

Kevin Boyle made 26 saves for the Ducks, who have lost 20 of their past 23 games.

Acciari put the Bruins in front 5:31 into the first period when he tipped Brandon Carlo's powerful slap shot past Boyle, ending a 16-game scoreless streak.

Carlo had gone 25 games without a point since scoring at Pittsburgh on Dec. 14. He also made a big defensive play by deflecting Brandon Montour's follow-up shot of a breakaway by Ducks rookie forward Max Jones late in the first period.

The Bruins made it 2-0 on DeBrusk's power-play goal 5:07 into the second. Boyle got caught out of position after challenging David Krejci, who easily skated past the rookie and fed DeBrusk for an easy tap-in. DeBrusk scored for the second straight game.

Torey Krug had the secondary assist, his sixth during a five-game streak.