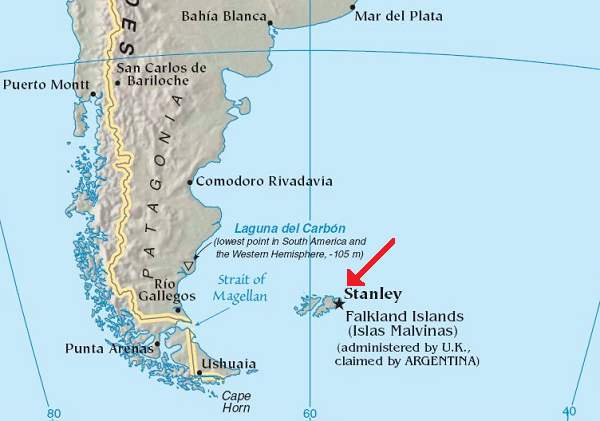 TAIPEI (Taiwan News) – Earlier this week, it was reported that a Taiwanese fishing vessel had caught fire near the Falkland Islands. Initial reports said that 64 crew members had been evacuated from the burning ship.

The ship, identified as the Jung Ron, is a Taiwanese registered vessel, and reportedly caught fire 60 nautical miles north of city Stanley, in British territory of the Falkland Islands. It is now drifting in a northeasterly direction away from the Falkland islands.

It has been reported that five Filipino crew members of the 69 man crew were lost at sea and remain unaccounted for, according to a statement from the Philippine Department of Foreign Affairs.

The fire occurred on Feb. 11, and was reported the following morning by regional news source, Mercopress. Crew members were evacuated to the Jung Ron’s sister ship the Lian Rong.

The FRV Protegat remains at sea monitoring the drifting Taiwanese vessel, and the HMS Clyde is on standby to offer any assistance necessary.

According to Philstar news, Philippine Ambassador to the United Kingdom Antonio Lagdameo is in contact with British authorities, seeking more information about the incident and the current status of all Philippine nationals involved.

According to one report, the rescued crew members have been taken to their originally planned destination of Montevideo, the capital of Uruguay. There has not yet been any statement on the cause of the fire.